Starting today, watching TV can be good for your health: Samsung is rolling out six new apps to its Tizen-based smart TVs aimed at improving your health and wellness.

Included in the launch are Jillian Michaels Fitness, obé Fitness and Echelon, as well as Fitplan and the popular meditation app, Calm, all of which are free to download.

As part of the rollout, Samsung and its fitness partners are giving users access to 5,000 hours of free workout and meditation content at launch – which they say could help homebound consumers in the midst of the coronavirus pandemic.

Unfortunately, however, you’ll still have to wait to track all of that health data – as Samsung says it won’t be bringing the official Samsung Health app it showed off at CES 2020 until later this year – but the free barre classes, guided meditations and celebrity-led personal training sessions are powerful incentives to start working out sooner rather than later.

Eventually, Samsung's end goal is that you'll have a synced-up Health app across all devices including your phone, smartwatch and TV. Workout using any of these devices and the health information will carry over to the next.

As we said when the feature was first announced at CES, we're definitely a bit concerned about how that data is shared and stored – as smart TV operating systems have proven easy to hack in the past – but a Samsung representative at CES told us that everything is encrypted and isn't stored locally on any device.

The other issue is that, according to Samsung, only TVs from 2018 and beyond will get the apps and the eventual Samsung Health app – if you have a TV from 2017 or earlier, you probably won't see these apps available and won't receive the Samsung Health update.

That might change later, but for now you'll need a fairly new TV to get in that daily burn*. (We're using that phrase colloquially, DailyBurn is yet to be supported.) 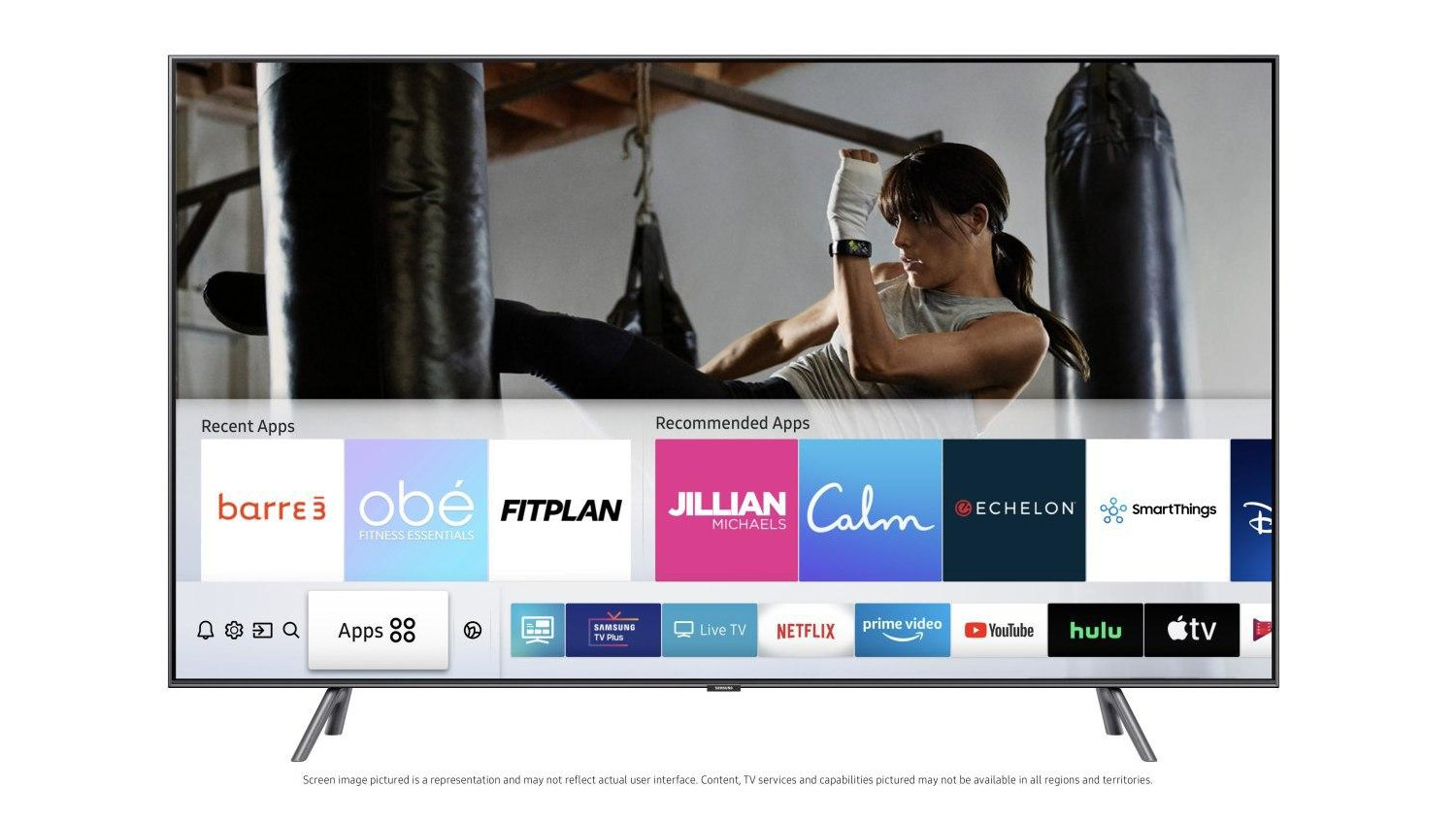