Fancy the experience of driving an Aston Martin, but determined not to leave the house to do so? Well, you're in luck, as the British car maker has launched its first ever racing simulator, the AMR-C01.

You will, however, need to be quick – and filthy rich – to bag yourself what Aston is calling "the ultimate in luxury Esports experiences."

So, this particular simulator – which Aston very much bills as an in-the-home product – isn't within most people's reach, but it's still an intriguing piece of tech to take a look at.

It's been engineered by Curv Racing Simulators, with Aston Martin adding its distinctive design which includes a carbon fiber monocoque, a seating position that mirrors that of the Aston Martin Valkyrie and of course the firm's famous logo on the nose.

And it wouldn't be an automotive influenced product with styling choices, with eight colors and three trim levels to choose from too.

Aside from the Aston Martin design, what does the significant outlay get you in terms of tech?

You also get a Formula 1-style racing wheel with 9 rotary dials, 12 push buttons and a full-color LCD display. It's powered by an Intel i7 CPU and Nvidia GTX 2080 GPU, features built-in speakers, plus it comes with its own Sennheiser headset if you don't want to hear your butler's 'advice' on the line you just took through that final corner.

Assetto Corsa is the pre-installed racing game on the AMR-C01, but the system is also compatible with other platforms including iRacing and rFactor2 – we unfortunately are unable to confirm whether it can run Crysis though.

If you are fortunate enough to have a spare £57k knocking around in your bank account – and a games room big enough to house it – the Aston Martin AMR-C01 racing simulator will start shipping at the end of 2020.

For the rest of us though, we'll just ogle the images and quietly weep into our keyboard. 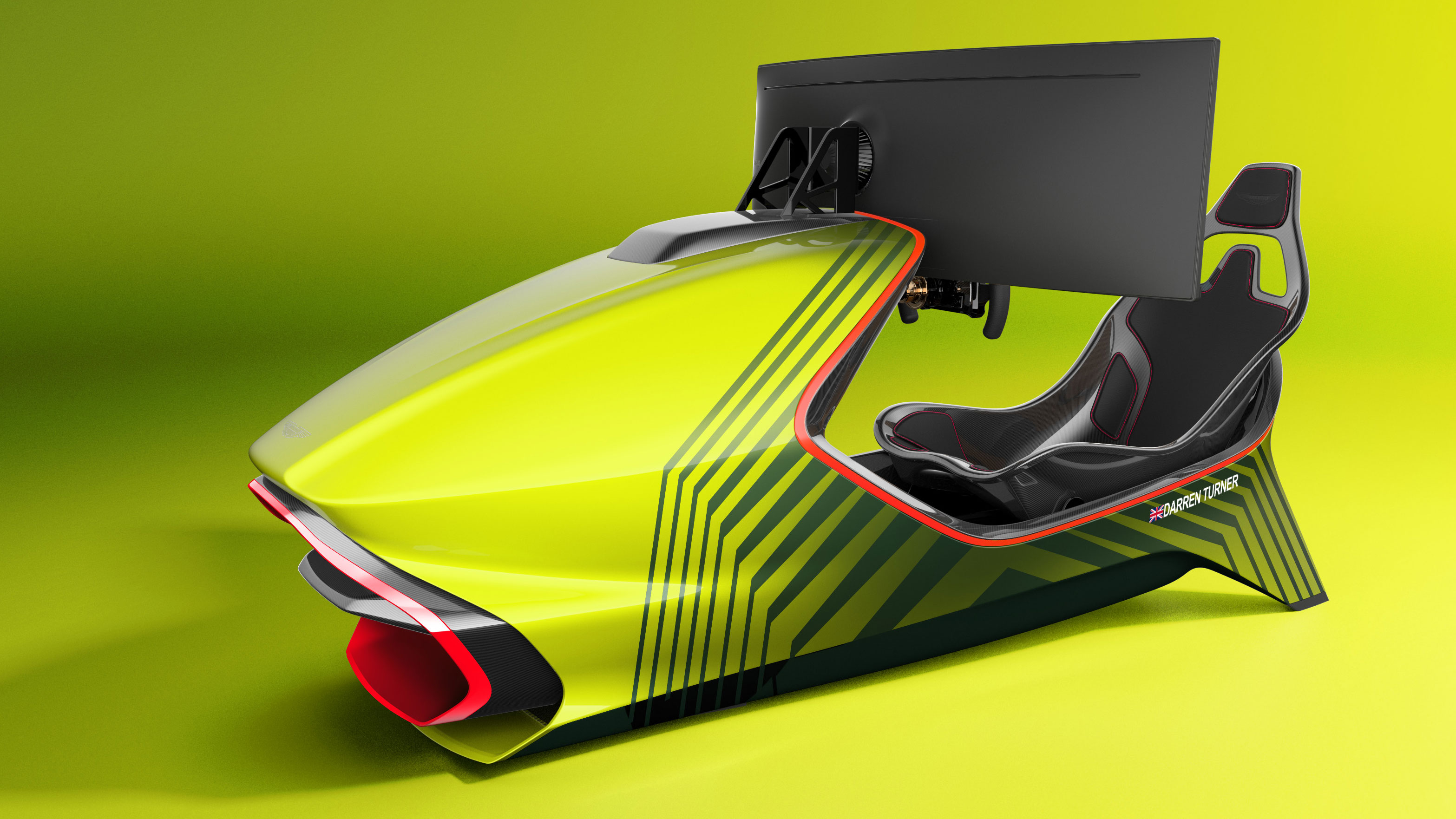