With the PS5 and Xbox Series X due to release later this year, publishers that are releasing games in the months before the next-gen consoles launch are in somewhat of a sticky position as some fans will hold off buying these new games on current generation consoles as they'll want to pick up the next-gen version of the game when it releases instead.

To combat this issue with the upcoming release of Madden 21 and FIFA 21 – both which are releasing in the next few months – EA has announced its Dual Entitlement feature.

Similar to Xbox Smart Delivery, EA Dual Entitlement allows those who own the PS4 and Xbox One versions of Madden 21 and FIFA 21 to upgrade to the PS5 and Xbox Series X versions of these games for free.

But this free upgrade feature isn't as clear cut as it seems. Want to know more? Then read on for everything you need to know about Dual Entitlement.

What is Dual Entitlement?

Dual Entitlement is a feature (or initiative) from EA that allows players who buy Madden 21 or FIFA 21 on current-gen consoles to upgrade to the next-gen version of these games for free.

How does Dual Entitlement work?

You can upgrade using Dual Entitlement whether your games are digital or physical. If you buy the digital version of Madden 21 or FIFA 21, then you can simply download the upgraded version for free on the PS5, PS5 Digital and Xbox Series X. However, if you buy the physical edition of these games then you can only upgrade your current-gen version of the game using a next-gen console with a disc-tray and you need to keep your disc – in other words, you can't upgrade a physical version of FIFA 21 on a PS5 Digital.

When it comes to the upgrade, digital owners can simply download the upgraded version of these games on their PS5 or Xbox Series X, while physical disc owners will need to insert the disc to make use of the upgrade.

When does Dual Entitlement run out?

Will you still be able to play on PS4 and Xbox One?

Yep! You can still play FIFA 21 and Madden 21 on PS4 and Xbox One, even if you've got the upgraded version on a next-gen console. But check below to see exactly what elements of game progress move between the consoles.

Will game progress move over too?

Yes and no. When it comes to Madden 21, EA says that Ultimate Team binder content and Madden Points will transfer, while progress in certain Franchise modes can also be imported from current generation to next generation.

"All progress you make or content you acquire within FIFA 21 Ultimate Team (including players, items, coins, FIFA Points, match record, and leaderboard placement), as well as all progression in VOLTA FOOTBALL will transfer from PlayStation 4 to PlayStation 5 and back, or Xbox One to Xbox Series X and back. Progress within all other modes including Online Seasons, Co-Op Seasons, Career Mode, Pro Clubs, etc. will be specific to the console you are playing on and won’t transfer between consoles." 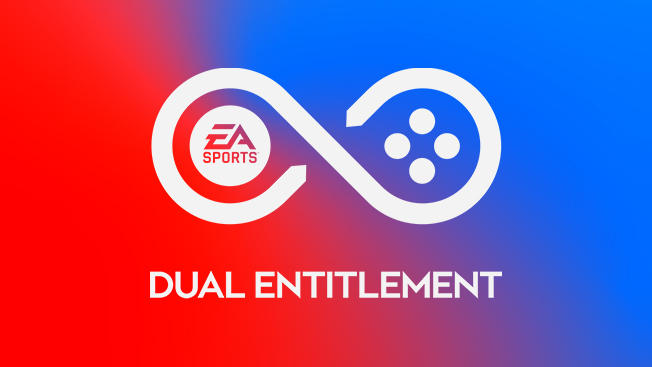