UFC 249 is finally here. It's been a long time in the making, but now we've had the weigh-ins for the headline fight between Tony Ferguson and Justin Gaethje, there's no turning back. Yes, the big event is finally set to go ahead behind closed doors on May 9 at the VyStar Veterans Memorial Arena in Jacksonville, Florida – no private islands necessary. Read on as we explain how to watch UFC 249 and live stream the Ferguson vs Gaethje fight online tonight no matter where you are in the world. Plus, details of the big fight card and the key start times for the UK, US, Australia and more.

Tony Ferguson enters this eagerly anticipated UFC 249 clash as the firm favorite, with the 36-year-old American already regarded as one of the best lightweight fighters of all-time. He was hoping to secure his legacy in the original headline match, which had him set to go up against Russia's Khabib Nurmagomedov - the Eagle being perhaps best known for his clinical neck crank defeat of Conor McGregor back in October 2018.

Since then, Khabib has successfully defended his title against Dustin Poirier. But now he's stranded in Russia due to the country's Covid-19 travel restrictions, so UFC fans will once again have to wait to see the long-anticipated Ferguson vs Khabib fight – a seemingly cursed octagon encounter that has now been put off an almost laughable FIVE times.

Enter Justin Gaethje, a 31-year-old American who currently sits at fourth in the UFC lightweight rankings. While not necessarily the blockbuster opponent Khabib represent, he's well-respected in MMA circles and poses a significant threat to Ferguson in a fight that will be shown exclusively via ESPN+ in the US.

The winner of the new UFC 249 headline fight will be crowned the interim UFC lightweight champion – and no doubt fight Khabib at a later date. Tempted? Our guide explains how to watch UFC 249 and live stream Tony Ferguson vs Justin Gaethje from anywhere in the world – as well as telling you all about tonight's card and the Ferguson vs Gaethje time.

How to watch UFC 249: live stream Ferguson vs Gaethje online in the US exclusively on ESPN+

How to watch Ferguson vs Gaethje: live stream UFC 249 in Australia

As previously mentioned, the coronavirus pandemic has already seriously impacted the UFC 249 fight card and led to multiple changes. All information was correct at time of publication but is subject to alteration.

What does a UFC fan get with their ESPN+ subscription?

Quite a lot, as it happens – a subscription to ESPN+ opens up access to over 20 exclusive live UFC Fight Nights, alongside original content including Dana White’s Contender Series, UFC Destined, and Ariel & The Bad Guy, plus classic fights, replays, and there’s also the perk of fewer commercials. 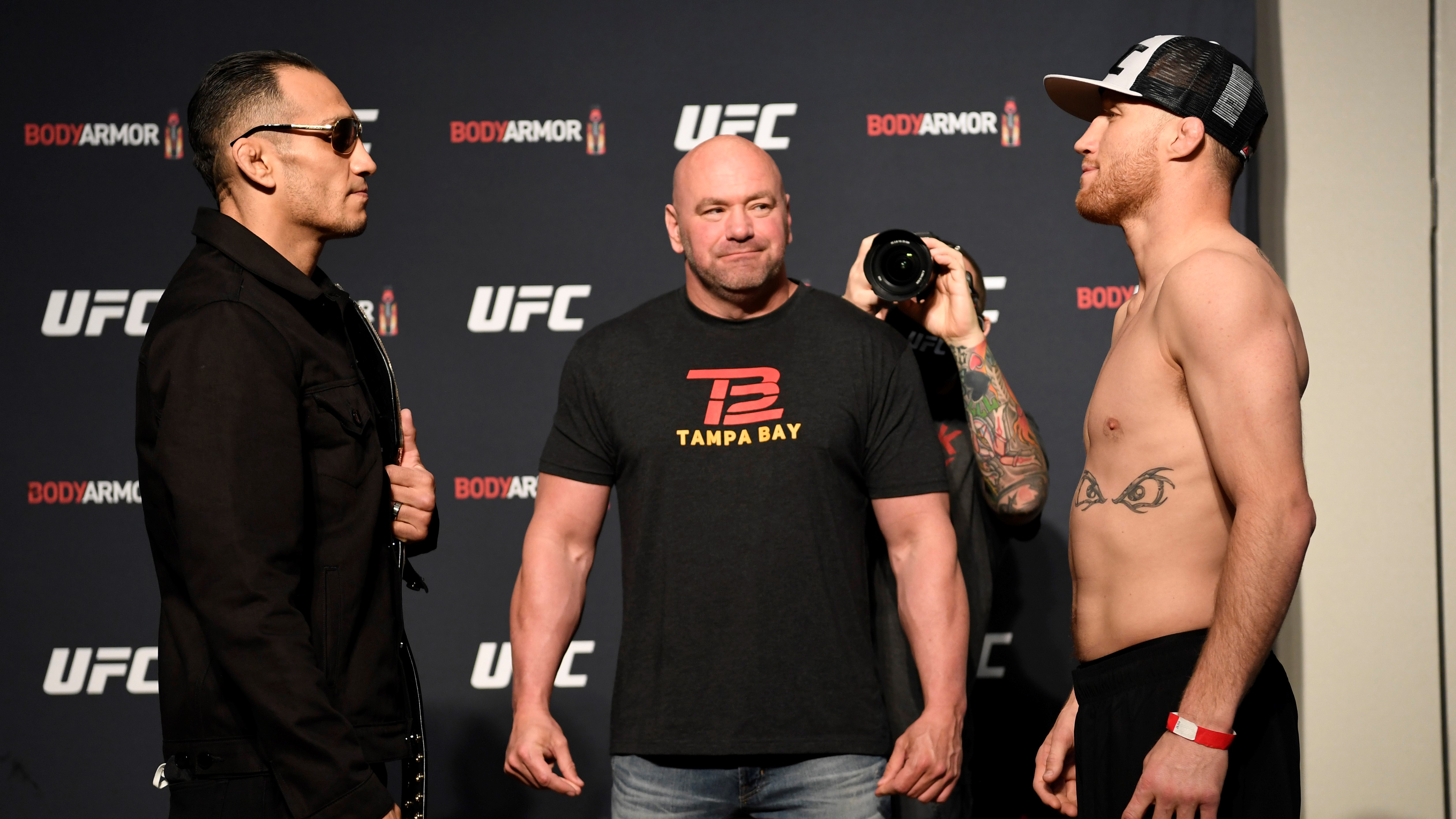