The Last of Us 2 is a triumph in emotive storytelling, exploring the darker side of Ellie and forcing us to face some uncomfortable situations as a result. But all that build up would be worth very little if Naughty Dog didn't stick the landing when it came to The Last of Us 2 – fortunately, it absolutely did.

The Last of Us 2 gave us the closure we needed after embarking on a 30-hour adventure full of twists, turns and plenty of bloody violence, but the ending has many threads to dissect. So we're going to take a look at how the phenomenal sequel ended, what it means for the characters involved and the questions that have gone unanswered.

Be warned, there are major spoilers for The Last of Us 2 ahead. So proceed with caution.

The Last of Us 2 ending: what happened 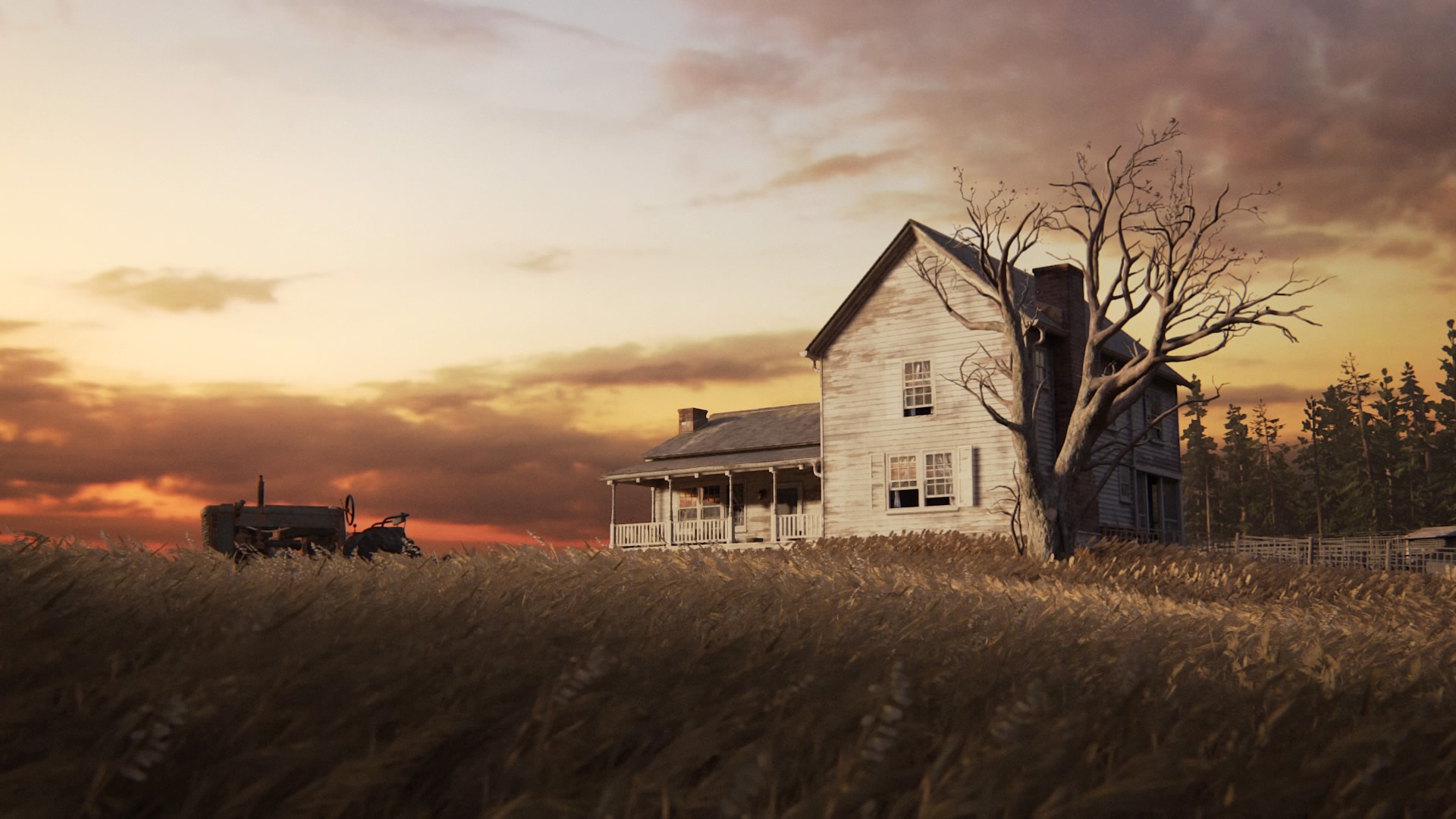 The ending sequence of The Last of Us 2 really begins following Ellie and Abbey's fight in the theatre. Abbey, having overpowered a vengeful Ellie, leaves her counterpart alive but tells her that she never wants to see her face again.

We then cut to 18 months later. Ellie and Dina reside in the big country house they had always dreamed of, complete with vegetable allotments and a flock of sheep. Dina has given birth to a baby boy called JJ (named after Joel and Jesse) and the pair are raising him in what appears on the surface to be the perfect family dynamic given the post-apocalyptic state of the world.

However, it becomes evident that Ellie is suffering from PTSD in the aftermath of Joel's death. Despite appearing to have moved on, Ellie can't sleep and suffers flashbacks to her ordeal. After all, she never truly got her revenge.

Things come to a head when Joel's brother Tommy shows up at the house, telling Ellie and Dina that he has located Abbey, and berating Ellie when the couple tell him that they've moved on. But Ellie hasn't moved on and she later decides to follow the lead, in a final attempt to avenge Joel's death. Despite Dina telling her that she won't put herself or JJ through this ordeal again, Ellie sets off for Santa Barbara, where Abbey is apparently living on an abandoned ship on the shore.

Meanwhile Abbey and Lev who, following the lead given to them by Owen before his death, are in search of the Fireflies in a suburb in Santa Barbara. The pair have now developed a relationship akin to that of Ellie and Joel's: the grizzled adult and the smart-mouthed teen. While Ellie seems haunted by what happened years before, Abbey and Lev have let go, in search of a better future.

However, while it seems that Fireflies have been residing in the house that Abbey's tip has led them to, they're long gone, and the pair are captured by a group called the Rattlers and taken hostage.

We then cut back to Ellie, who has arrived in sun-kissed Santa Barbara several months later. Hot on the heels of Abbey and Lev, Ellie is soon caught in a Rattler trap, before breaking free and forcing her captors to tell her where Abbey is. Despite being badly wounded, she breaks into the Rattlers compound, picking them off one-by-one, in search of Abbey only to discover that, following an escape attempt, the pair have been strung up on some pillars on the beach – left to die.

Ellie makes her way to the beach and finds a much weaker Abbey than she previously encountered. Gone is Abbey's long plait and muscley figure, and instead we see a thinner woman with all her hair cut off. She's almost unrecognisable from the warrior we once knew. 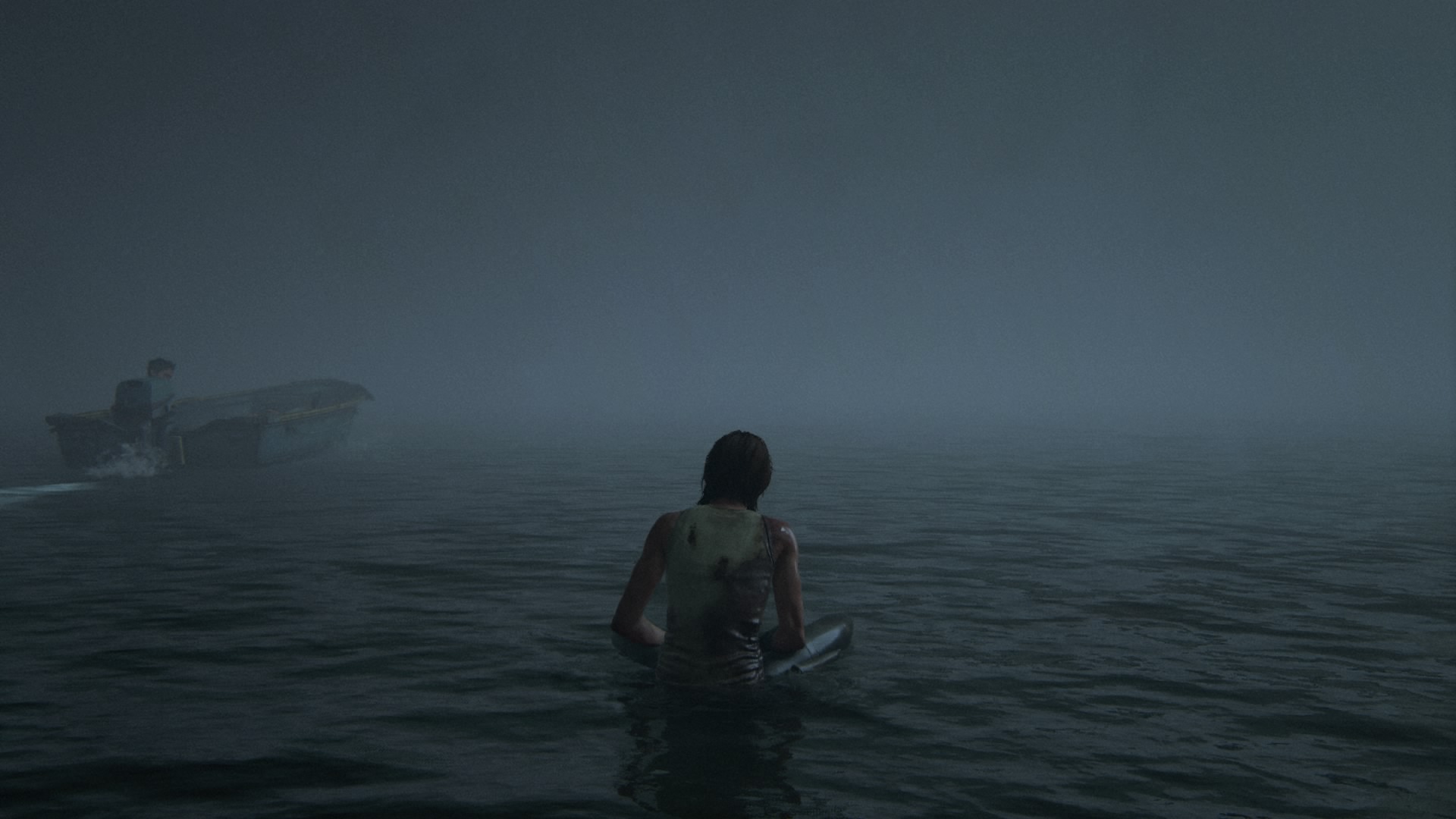 Feeling empathy for her nemesis, and perhaps wanting to be the one who is responsible for Abbey's death, Ellie frees Lev and Abbey, escorting them to some nearby boats. But, as Abbey and Lev are about to make their escape, Ellie decides she's not going to let her closure go that easily and forces Abbey into a final fight.

It's an uncomfortable and violent affair, both Abbey and Ellie are broken by their desire for revenge – their vendettas have taken over their lives and and cost them those that they love. Eventually, Ellie gets the upperhand on Abbey and begins to drown her, before a flashback of Joel sees her letting go – of both Abbey and the revenge mission that has cost her everything.

As Ellie breaks down in tears on the beach, Abbey sails off with Lev.

When Ellie finally returns home, she finds that Dina and JJ are gone. All that is left in their family home is Ellie's artwork, some records and the guitar Joel gave her – which she can no longer play as Abbey bit off some of her fingers during their final fight. Ellie grabs her backpack, leaves behind the guitar and her other possessions, and heads leaves.

The Last of Us 2 ending: what does it mean? 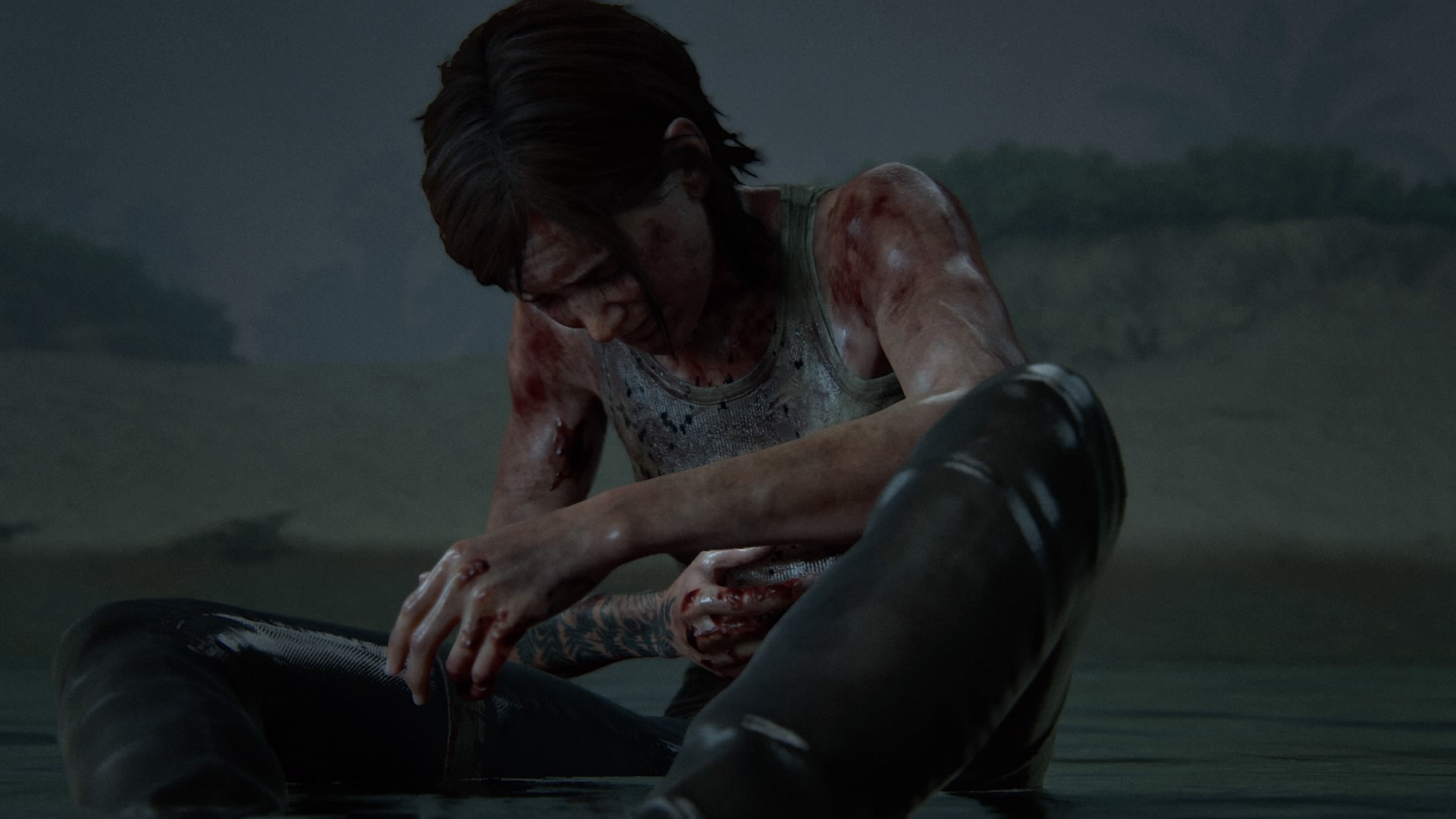 The Last of Us 2's ending is a hard pill to swallow. Throughout the game, our perception of Ellie shifts somewhat as we begin to empathize more with Abbey. After all, the parallels between the two characters become increasingly clearer and both women are simply fighting to avenge someone they love.

However, Abbey grows throughout the game, developing a bond with Lev despite their tribal differences, refusing to let Owen make her his mistress and showing mercy to Ellie. Abbey lets go of her revenge mission and gains more than she ever had previously – her power is in her ability to let go.

On the other hand, Ellie is blinded by her vendetta, and feels she will never truly get closer until her avenges Joel's death. She is wrapped up in her own guilt about how her relationship with Joel ended, the part she played in his death and the sheer grief of the traumatic situation she endured. But, despite having built a somewhat idyllic life that was paving the way for a brighter future, she didn't know when to let go. As a result, Ellie lost everything.

Not only did she lose her own sense of self, she lost the family she had built in Jackson and the picture-perfect life she had built with Dina. She even lost the ability to play guitar, something which helps her feel connected with Joel.

The Last of Us 2 ending: unanswered questions 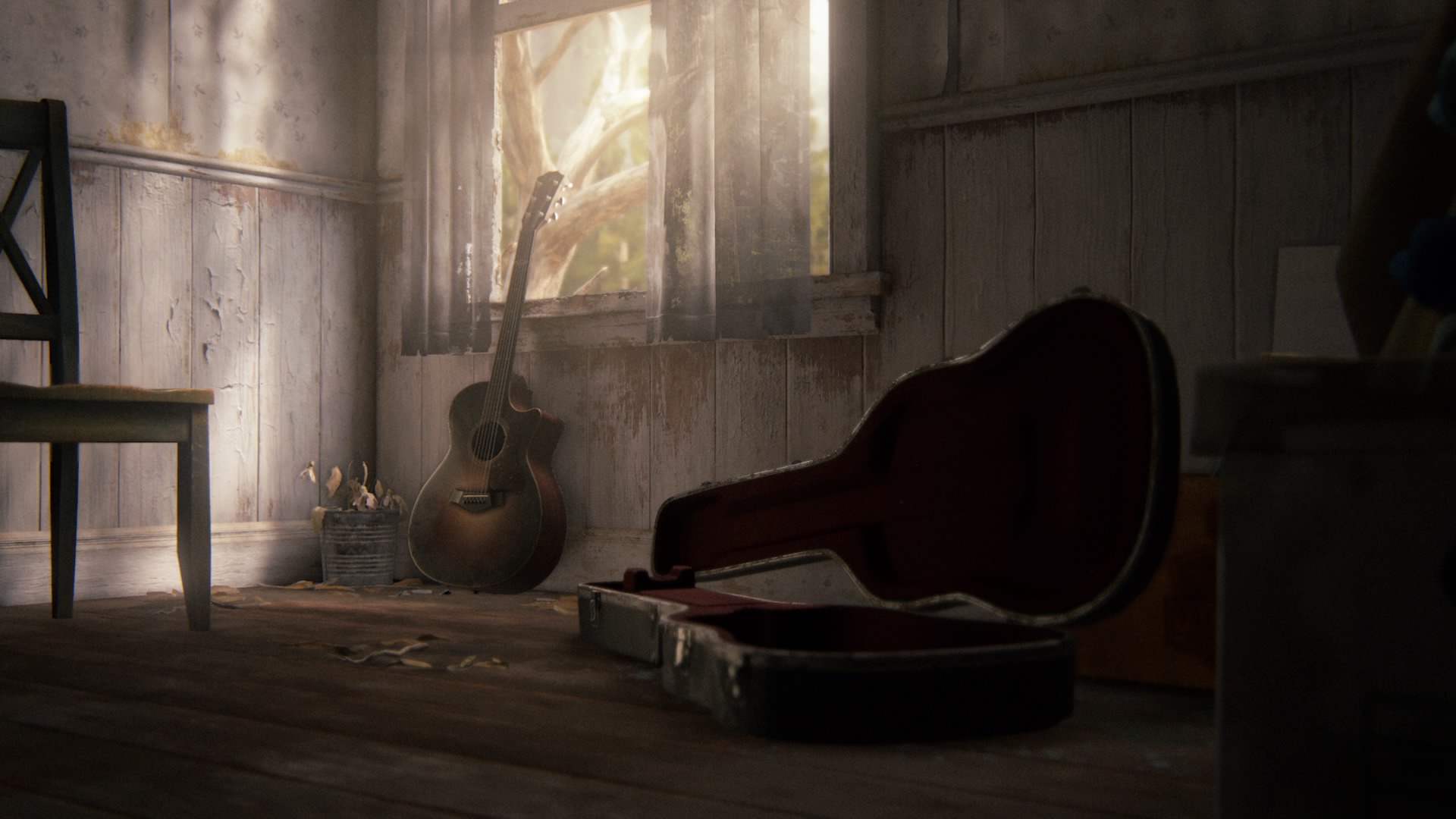 The Last of Us 2's ending is heartbreaking and poignant. But while many loose ends are tied up in a neat little bow, we still have some questions.

For a start, where is Ellie heading off to? And what's her plan next? We could see our broken protagonist heading back to Jackson to try and rebuild or perhaps even sentencing herself to a lonesome life on the road. We're hoping she's going to track down Dina and JJ to beg forgiveness. Dina could have headed back to Jackson but that seems a bit too easy – we're just hoping they'll be reunited once more.

However, given that a lot of the game is played as Abbey, have we perhaps seen the last of Ellie? It could be that future The Last of Us games focus on Abbey from here on. After all, we don't know where Abbey and Lev are heading to following their escape. The assumption is that the pair are going to hunt down the reformed Fireflies, wherever they may be. Because, despite the Rattlers disrupting their communication, it seems like Owen's tip was legit.

Regardless of who we will be playing, it looks like a potential The Last of Us 3 will focus on the reformed Fireflies. But don't expect any news on that anytime soon as Naughty Dog hasn't confirmed if there will be another entry in the series – plus we all need time to recover from the sequel… 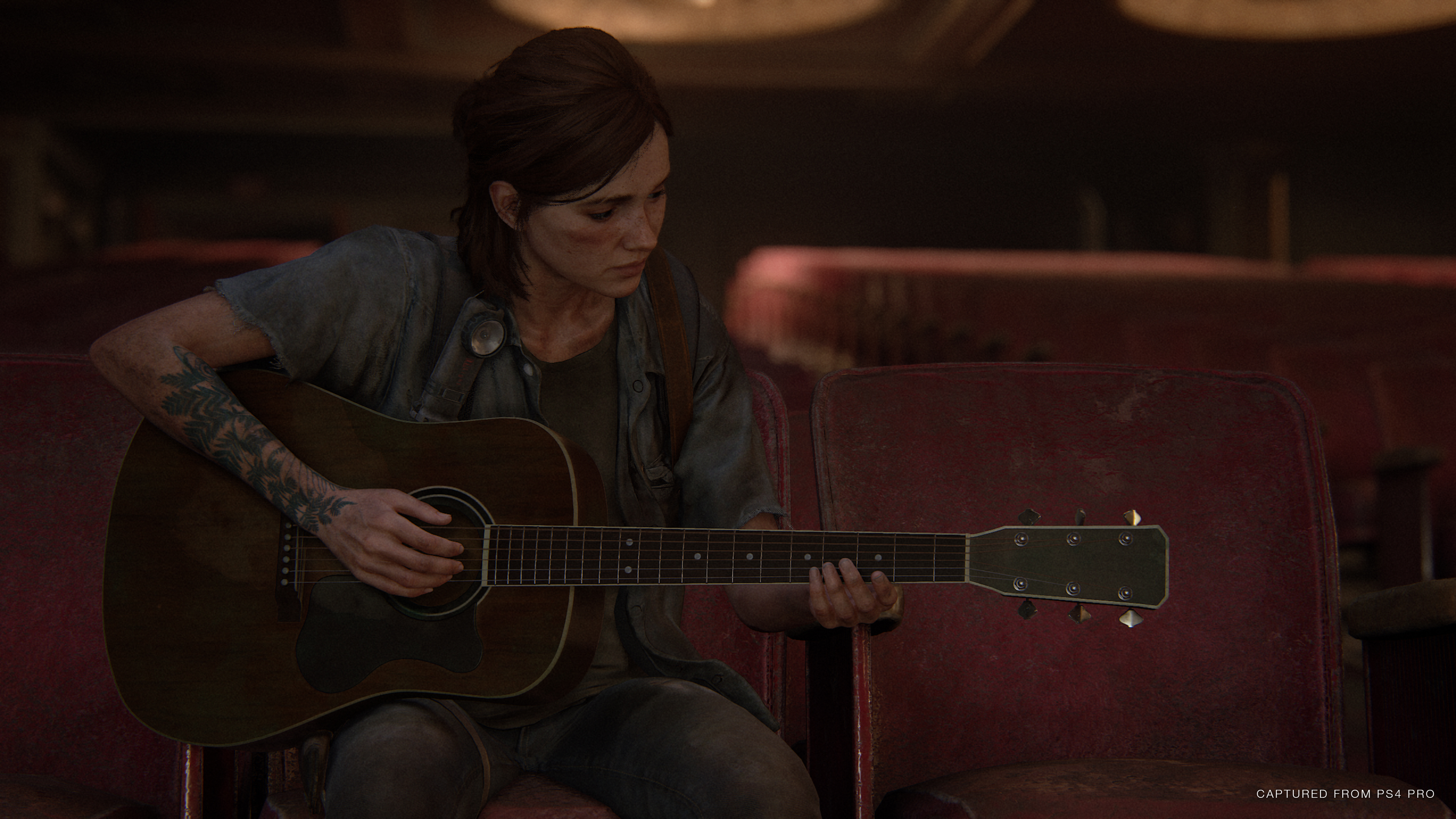