Season one of The Boys was met with plenty of critical and commercial success, and it sits alongside some of the best Amazon Prime shows, including Fleabag and The Tick. But the squeamish should be warned: it's bloody and brutal, but it's proved to also be a show with a lot of heart, thanks to an ensemble cast you'll root for, despite all the, y'know, horrible murder.

Such was the hype around the show, The Boys season 2 was confirmed before it even launched, and it was subsequently declared one of the most successful Amazon shows in terms of viewing figures. That said, Amazon didn't provide specific figures.

The first season (spoiler alert!) felt like it wrote itself into a corner, in some ways, but there's a rich comics history that can be drawn on by executive producer and showrunner Eric Kripke for inspiration, so season 2 has the potential to take the next step. And you don't have long to wait to see it in action: PaleyFest 2020 attendees will be getting their first look at season 2 soon.

Below, we’ll tell you everything we know about the release date of The Boys season 2, show you the official trailer, explore which new heroes and villains are joining the show, and more.

The Boys season 2 trailer is here

The Boys season 2 trailer doesn't reveal much about the plot, but it – predictably – has plenty of violence, and snapshots of the show's characters.

It appears that season 2 will pick up right where the first left off, with the evil Superman stand-in Homelander (the magnificent Antony Starr) revealing a super-powered son, and Hughie (Jack Quaid) saving the life of speedster A-Train (Jessie T. Usher), despite running through his girlfriend at the start of the show. Ouch.

We also caught a shot of Terror, Billy Butcher's dog from the comics which, given his special, err, talent, is one of the most exciting additions to the cast going in to season 2.

If it'll help tide you over until season 2 arrives, Amazon did release this short 'Young Homelander' clip below in November 2019, to remind you why he's not very nice.

But that's not all when it comes to teases for the next bloody instalment. Check out the following images posted to social media by the cast and creators:

The first season of The Boys debuted in late July 2019, so our money's on the second starting at a similar time this year. The expedient renewal of the series ahead of the air date was, we'd speculate, partly motivated by the long lead time needed for a show with this many special effects.

A release date of mid-2020 fits, as actor Karl Urban confirmed on Instagram that the show wrapped filming (see above). In addition, at San Diego Comic Con 2019, Kripke told Collider to expect the second season at "about the same time next year". A summer release of July 2020 seems the most likely, in that case, but we'll keep you updated.

The Boys season 2 will be 8 episodes long, but what will the story be about? 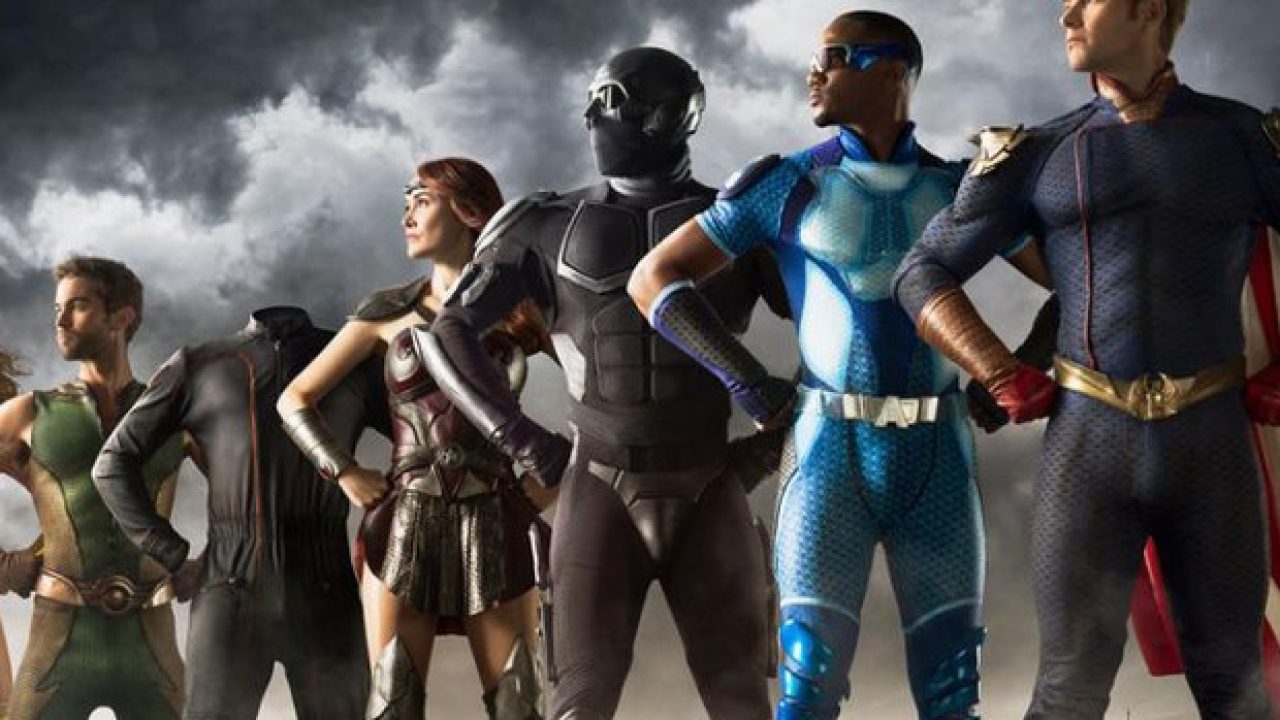 The key story beats season 2 will explore will be confirmed soon. At PalyFest 2020, a preview will be shown off on March 15 at the Paley Center in LA, followed by a Q&A session with a few cast members.

A few elements hang in the air from the season one finale. First, expect Compound V, the mysterious drug that gives superpowers to humans, to remain a recurring mystery.

"If it’s a secret, if it’s nothing the world knows about yet, then it [Compound V] becomes a secret that everyone will kill for, and it gives you an object that everybody wants, and it does all the great things a McGuffin does," Kripke told Entertainment Weekly. Now Billy and Hughie know that secret, what happens next?

At the end of season one, Homelander dropped Billy Butcher on the lawn of his wife, Becca, who he presumed dead. Instead, she has a family with Homelander, including their superpowered son. It's quite a predicament for poor Billy: how will he escape? And does this mean Billy and the rest of The Boys will struggle to function as an underground group, now Homelander has Billy in his laser sights?

The death of Madelyn Stillwell (Elisabeth Shue) will be important for season 2's story, naturally. Then there's Vought International's mysterious CEO, Mr Edgar (Giancarlo Esposito), who looks to be appearing in around four or five episodes, having made a notable cameo at the end of the season. At least one new villain will be added to the mix from the comics, too: Stormfront (Aya Cash), a kind of Thor/Shazam mash-up who's gender-flipped from the comics.

The Boys season 2 cast will introduce new heroes and villains 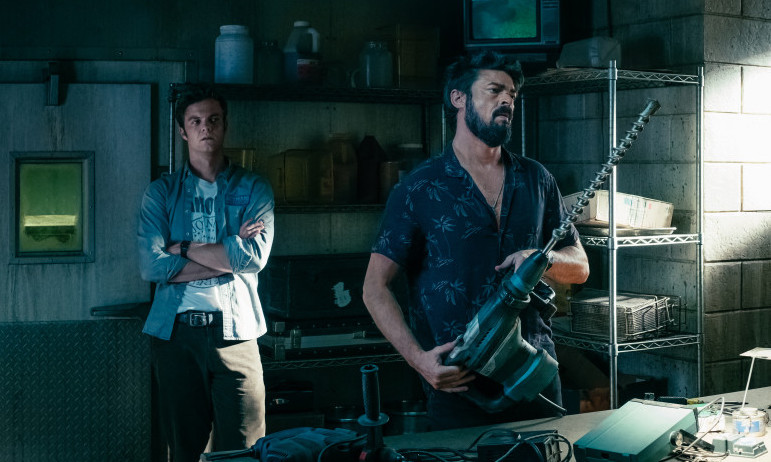 Expect both The Boys and The Seven's cast members to return. Karl Urban will return as Billy Butcher, along with Jack Quaid as Hughie, Laz Alonso as Mother's Milk, Tomer Kapon as Frenchie, and Karen Fukuhara as The Female, all of whom survived the first season.

Starlight (Erin Moriarty) will return, along with other members from The Seven: Homelander (Antony Starr), gross fish man The Deep (Chace Crawford), Queen Maeve (Dominique McElligott) and probably A-Train (Jessie T Usher). However, the latter will need to recover from the heart attack he suffered at the end of season 1.

Actor and comedian Patton Oswalt will join Aya Cash's Stormfront, along with two other new faces playing key roles: according to Deadline, Goran Visnjic and Claudia Doumit are also in for the grisly season 2 party.

While nothing is confirmed, it looks like Jeffrey Dean Morgan (best known as the fiendish Negan in The Walking Dead) could have a place in The Boys season 2 cast. Following Eric Kripke's tweet saying "I'll make you a deal. Season 3. I'll write it, and if you're avail, come shoot it!", Morgan replied, "in a heartbeat!"

The best superhero show on TV?

The Boys was one of the surprise hits of the year, with a strong ensemble cast and an original angle on the superheroes in a time almost saturated with them. Executive producer Seth Rogen's words about the next set of episodes to Collider justify our optimism for the show's future. "We just watched, actually, the first episode of the second season this week. It was a wonderful thing as producers. This is way better than I ever could’ve hoped it would be." 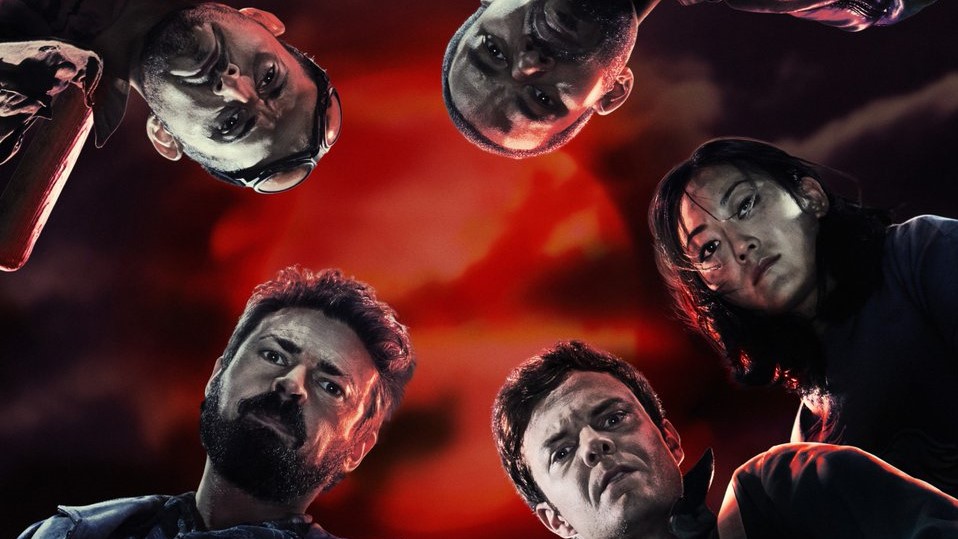