PlayStation VR bundles offer a fantastic way into the wide world of VR gaming for cheap, and now stock is finally returning to the shelves on both sides of the Atlantic – it's a good time to be looking. We've rounded up our favourite prices on the best PlayStation VR bundles just down below, so simply scroll down to peruse what's on offer.

VR deals in general rarely come as cheap as the PlayStation VR and many don't offer such a fantastic library of quality games either. While stock is still quite low this week, you'll still find the popular Blood & Truth and Everybody's Golf bundle available in the US. Meanwhile, the UK is enjoying a stock replenishment of both the cheaper Starter Pack and the five-game Mega Pack bundle – now both available at Amazon.

Originally $399/£350 at launch for the headset alone, we've found some great VR deals for way less than that including great game bundles such as VR worlds, or handy accessory additions, such as the PSVR Camera. You'll also be happy to know that while the PS5 launch is creeping closer, Sony's new console will retain all the VR functionality – so there's really no need to wait if you're preparing for those PS5 pre-orders.

Just use the handy quick links on the right here to jump to the best cheap PlayStation VR prices along with some great bundle options. In the individual sections, we'll let you know which ones are the best value for money.

This cheap PlayStation VR bundle deals page can also help you prepare by picking up the other kit you'll need to enjoy the best PlayStation VR experience. You'll want to pick up the PS4 camera as you need it for the PlayStation VR headset to work – thankfully it's included in the vast majority of bundles now. You could also grab a couple of PS Move motion controllers, as some VR games support them. You can also use these items with a small number of Move-based PS4 games like SportsFriends or Just Dance. If you're looking for the ultimate upgrade, check out our PS4 Pro bundle deals, or shop around a little more as we run through the best VR headsets and best PSVR games on the market right now.

The grid below will be regularly updated with the latest PlayStation VR prices for the headset from different retailers. After seemingly endless stock shortages originally, units seem to be back in stock at most stores. Which is fantastic news with more games to enjoy than ever.

PlayStation VR bundles are starting to return to shelves this week thankfully, with stock currently available at Amazon, B&H, Best Buy, and Newegg. Amazon and B&H are currently the cheapest and you can check out their deals just below. If you're too late to grab it or want to check the other retailers, then we've also added some direct links to the main retailers down below.

PlayStation VR Starter Pack | $269.19 at Amazon
Amazon have a couple of these PlayStation VR Starter pack bundles in stock right now, made available via their international store. This is definitely one of the best prices available in the US right now though you’ll need to watch out for the international shipping fees, which could cost $30+, depending on your location.
View Deal

PlayStation VR bundles are also running low in the UK until this week but a handful of retailers have managed to get some bundles back on the shelves. That means you can pick up the slightly cheaper Starter Pack for the standard £259 price in the UK right now, as well as the higher value £299 5-game Mega Pack bundle as well.

PlayStation VR Starter Pack | £258.95 at Amazon
This Starter Pack bundle has gone back up to £259 after the Days of Play sale came to an end at the start of the week, but that’s still the best price around right now if you want to pick up a PlayStation VR deal for as little as possible. If you’re happy to spend the extra £40, however, we’d really recommend picking up the bundle below.
View Deal

PlayStation VR Mega Pack 2019 | £298.84 at Amazon
Amazon is offering this five-game mega pack for £299 this week as we come to the end of the Days of Play sale, but there’s still plenty of value on offer here. Included are PlayStation Worlds, Skyrim, Astro Bot, Resident Evil 7, and Everybody’s Golf VR – hundreds of hours of potential entertainment that can be yours right now.
View Deal

Keep an eye on this handy chart below as we'll update it with the latest prices for a wide range of PlayStation VR games. To compare prices on individual titles, click the 'View all deals' button at the bottom of the chart. You can also find plenty of cheap PS4 game deals available right now as well.

It's crucial you buy a PS4 camera along with your VR headset if it's not already in the bundle, otherwise, it will not work. Don't pay more than the standard £45/$60 for the camera though.  Sony released an updated, rounder (see image above) model with a built-in TV-mount and there are deals included in the chart below. The older PS4 camera is also compatible with PlayStation VR. If there's nothing tempting below, maybe try for a new/preowned unit via eBay?

The PlayStation Move motion controllers are very much an optional purchase as not every game supports them. Many that do, also have options to use the standard DualShock 4 PS4 controller instead.

Move wands aren't as readily available as the cameras at the moment, but there are deals to be found if you shop around – or let us do it via that magical box below. It's worth noting, as well, that some of the more expensive results are actually for twin packs.

We'd advise a little caution if you're considering pre-owned units, as the lack of use in recent years may have dulled the charge capacity of the battery compared to new controllers. If you want to try your luck (and probably save a fair amount), here are some handy links for eBay.

Sony have just released the DualShock 4 Back Button Attachment, a small device that clips onto the back of your controller and adds two extra mappable buttons for extra control configurations. The device has so far been wildly popular, especially in the US, so stock is always temporary at the moment. If you see a price you like below, grab it before it's too late.

Why can it be difficult to find good PlayStation VR bundles?

We'd recommend staying on top of your favorite retailers and checking back regularly to be the first to grab any new PlayStation VR deals.

We'll update these PSVR prices on a regular basis and add any bundles that may appear featuring the headset, camera, controllers or games. 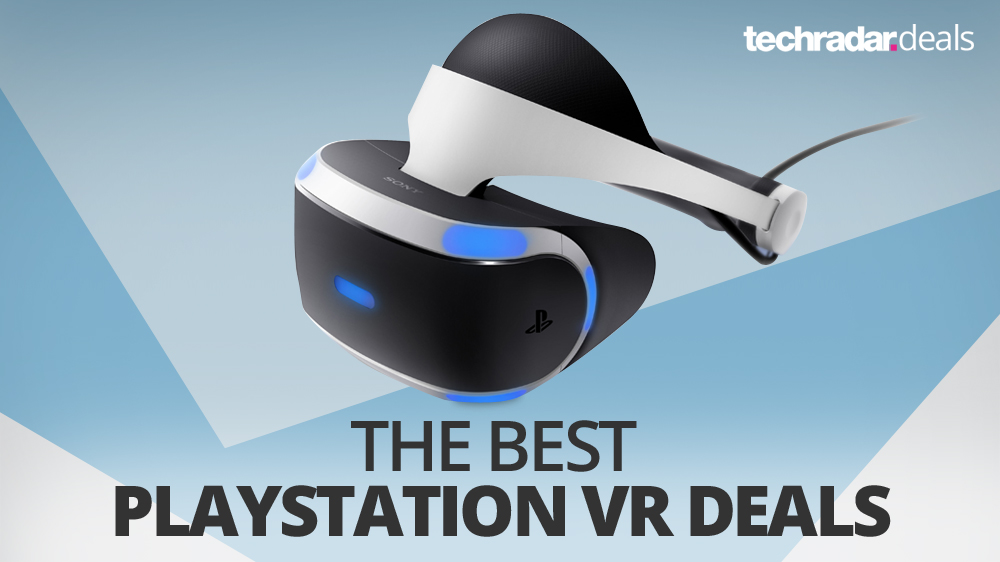