The Steam Summer Sale 2020 is well underway, and there's a whole host of seriously tempting deals on some of the best PC games on the market. With thousands of games on sale, and huge savings to be had, there's sure to be something that will catch your eye.

The chances are you might not even need something new to play, but if you're a PC gamer who uses Steam, these type of sales are just too good to pass up. You'll probably pick up a couple of extra games regardless, even if they end up collecting digital dust – don't worry, we won't judge.

The Steam Summer Sale will be running until July 9, so don't miss your opportunity to get a bunch of PC gaming titles you may have missed, or have wanted for a while, for cheap.

There are some games that have measly 10-30% discounts, but what we're interested in is the really juicy discounts on some of our favorite PC games. Steam always manages to have some really deep discounts on some fairly big-name games, so we went ahead and found all the best deals and gathered them all up right here.

Keep in mind that these are just our picks, there are hundreds and hundreds of games on sale right now, and we encourage you to go check the entire sale out – there are even some extracurricular activities going on during this event.

Borderlands 3: $29.99 on Steam
Hop into the chaotic gun-fest that is the Borderlands world with the latest game in the series. You can enjoy the campaign alone, or team up with friends onlien for the co-op experience. View Deal

Terraria: $4.99 on Steam
Enjoy some time building up your own city or wander about fighting and exploring. You can do it all in Terraria while enjoying the retro graphics.View Deal

Cities: Skylines: $7.49 on Steam
Tired of the traffic on your commute to work or the look of your home town? Try building something better in Cities: Skylines. Construct a hyper-efficient city, or build a sprawling metropolis.View Deal

Metal Gear Solid V: The Phantom Pain: $5.99 on Steam
If you haven’t played Metal Gear Solid V yet, now’s your chance to snag it for next to nothing. The game is a cinematic masterpiece and a must-play for lovers of stealth games.View Deal

LEGO Games: Up to 75% off on Steam
Believe it or not, the LEGO brand is behind some of the most delightful video game adaptations of comic and film franchises, and you can get tons of these games at a massive discount.View Deal

The Walking Dead – Ultimate Steam Bundle: $57.33 on Steam
If the Walking Dead shows have left you wanting more of that world, the Telltale Games series is an excellent way to experience The Walking Dead and see what it’s like to make the hard choices faced by survivors in a zombie apocalypse.View Deal

Jump Force: $19.79 on Steam
What game takes all your favorite anime characters and puts them in one place? Jump Force. Enjoy outlandish combat with characters from a massive pool of anime and manga, from newer properties like My Hero Acadamia to classocs like Yu Yu Hakusho.View Deal

The Elder Scrolls V: Skyrim Special Edition: $15.99 on Steam
Maybe you played Skyrim when it first came out, or maybe you never got around to it. But, this deal on the Special Edition makes for a great opportunity to experience the game with graphics that enhance those of the original release.View Deal

Titanfall 2: $9.89 on Steam
Experience one of the best campaigns in any FPS game with Titanfall 2. From powerful combat on foot and in Titans to the incredible maneuvers of a pilot, this is a game that never lets up.View Deal

Dark Souls III: $14.99 on Steam
Are you a glutton for punishment? Do you love the struggle of a vicious video game boss? Dark Souls III should be right up your alley with basic enemies that can pose a real threat and bosses that will make you earn your victory.View Deal

The Sims 4: $19.99 on Steam
You can get in on the classic life-building simulation game with a 50% discount right now. Expansions for The Sims 4 are also on discount for up to 30% off.View Deal

Tekken 7: $9.99 on Steam
Continue the saga of the Tekken franchise with epic combat, compelling graphics, and a tasty 75% discount. View Deal

Ni no Kuni II: Revenant Kingdom: $17.99 on Steam
Head back into the delightful anime-styled world of Ni no Kuni in this sequel. You can explore the wide world, meet fun characters, and you can save an epic 70% on the price.View Deal

Outer Wilds: $29.99 on Steam
For fans of science fiction, Outer Wilds is a must-play. The game has won a BAFTA award, and will take you on a mysterious space adventure to solve an endless time loop.View Deal

Detroit: Become Human: $35.99 on Steam
Detroit: Become Human has only just come to PC, but already you can score a small discount. Engage in the struggle of androids in a world where they serve humans, and see how your decisions affect the game world.View Deal

Star Wars Battlefront II: $19.99 on Steam
With the Skywalker Saga concluded, you may be craving more Star Wars action, and Battlefront II has it, with relentless ground combat, powerful force-wielders, and epic starship battles.View Deal

Sonic Adventure 2: $2.49 on Steam
Relive a classic with this deal on Sonic Adventure 2. Play as both Sonic and Shadow, as well as other members of Sonic’s colorful cast. Enjoy both classic Sonic gameplay as well as plenty of mini-games or some two-play competitive modes.View Deal

Portal 2: $1.99 on Steam
A first-person puzzle game that’s won more than 70 industry accolades, this classic game from Valve hasn’t aged a day. Use physics and your noggin to escape the occasionally murderous computer companion GLaDOS, and enjoy two-player co-op.View Deal

Resident Evil 2: $19.99 on Steam
Arguably one of the finest remakes of this generation, Resident Evil 2 lets players rediscover the horrors of Raccoon City. Filled with more life-like shuffling zombies than ever, this is a true classic reborn. View Deal

Celeste: $9.99 on Steam
Journey to the top of Celeste mountain as Madeline in this gorgeous and super-tight, narrative-driven platformer. With 700+ screens of platforming challenges, this will test your thumbs and patience in equal measure. View Deal

How to get the best deals in the Steam Sales

Whichever way you approach a particular Steam Sale, you're guaranteed to have the chance to pick up some top gaming titles at great prices.

Finding bargains isn't too difficult, but there are a few techniques and tricks that are worth using if you want to get the most out of the sales.

What games will be in the Steam Sales?

First off, you shouldn't expect brand-new games to get the really steep discounts that have become synonymous with the Steam sales. You may see a 5%, or even 10% discount on games that have been recent big hits, but if they're still new enough to be spinning money without needing a price cut, don't expect that to change now that the sale is here.

But, with the exception of the newer titles, pretty much the entire store receives a 25% discount, if not higher, with a select few seeing a massive 90% off the list price. While the store now highlights what Valve considers the best deals, it's worth noting that flash and community sales are no longer in the mix, so feel free to pick a title on sale when you like – its discounted price will stand for the duration of the sale. 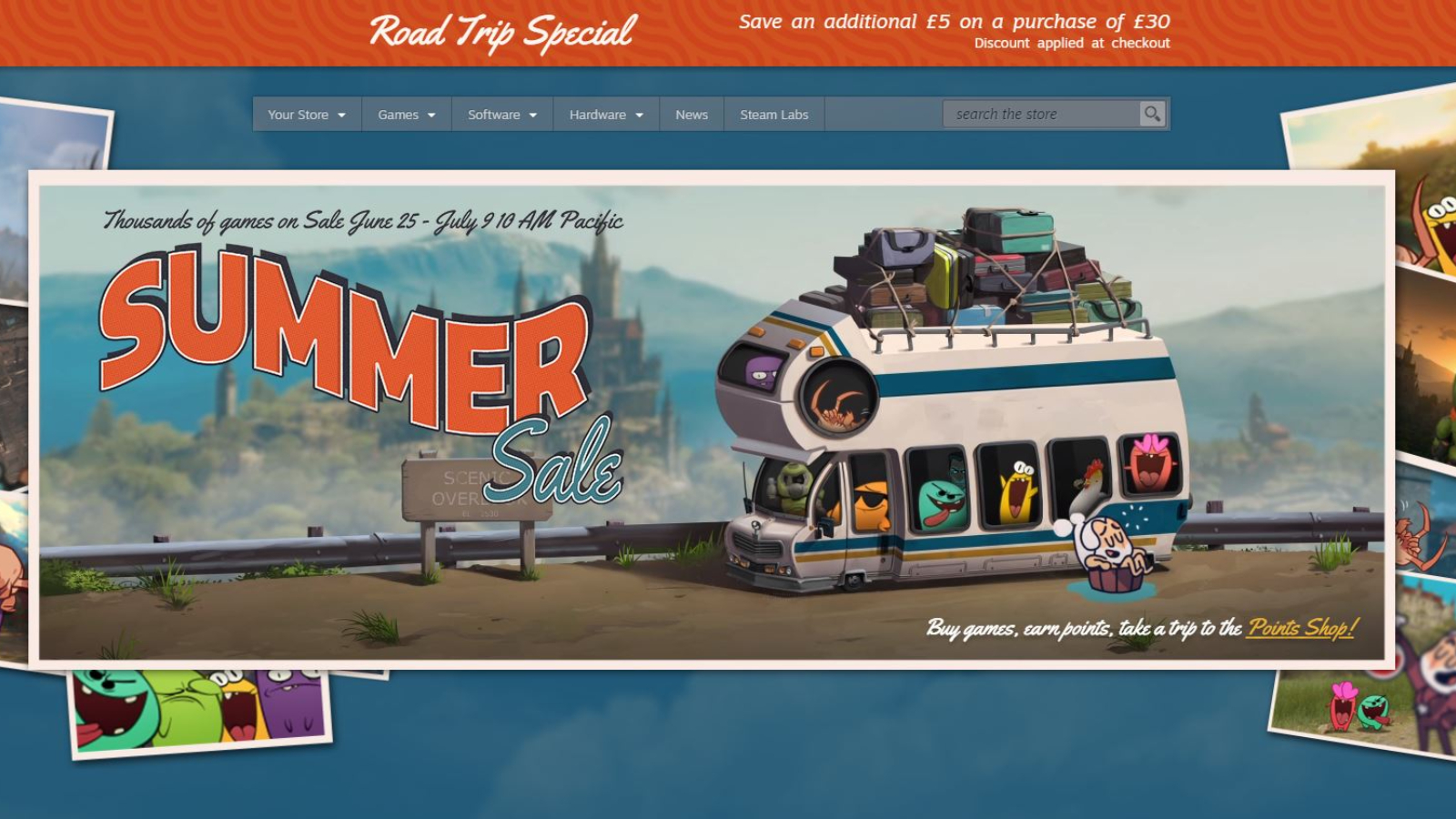 Previous ArticleCoronavirus Outbreak: Indian Film Festival of Melbourne pushed to late October with ‘compact schedule’, safety guidelinesNext ArticleSandra Oh says UK film and TV industry behind in terms of diversity: Sometimes it would be me and 75 white people on set