Even though Epic is currently embroiled in a public spat with Apple, the publisher has still found the time to team up with Nintendo to produce a Fortnite-themed Nintendo Switch that is bound to sell gangbusters.

The Nintendo Switch is already one of the most sought after consoles right now, and Fortnite continues to be one of the most played games in the world. Combine the two, then, and you have an idea which basically sells itself.

The limited-edition bundle features an exclusive and surprisingly tasteful design. You get an exclusive pair of yellow and blue Joy-Cons, the latter of which makes the Home button look like the game’s battle bus. And the Nintendo Switch Dock and console itself are covered in portraits of the game’s most well-known cosmetics, like Peely the banana.

As Fortnite is free-to-play, players will also get extra loot and a download code for the Wildcat bundle as part of the deal, which lets you pick from various skins. 2,000 V-bucks, Fortnite’s in-game currency, is also included, so you can treat yourself to something nice from the store.

Fortnite has been a huge success on Nintendo Switch – and pretty much every platform it’s appeared on – so it's no surprise that both Nintendo and Epic want to capitalize on the game’s popularity while the going’s good. The game is currently unavailable from the App Store and Google Play Store, as the game was pulled by Apple and Google after Epic fell foul of each platform’s policies.

The Nintendo Switch Fortnite Special Edition will be available on October 30, 2020 in Europe, and will make its way to Australia and New Zealand a week later. There’s currently no word on a US release, though we’d be surprised if Nintendo or Epic didn’t release the limited edition console in North America at some point in the near future. 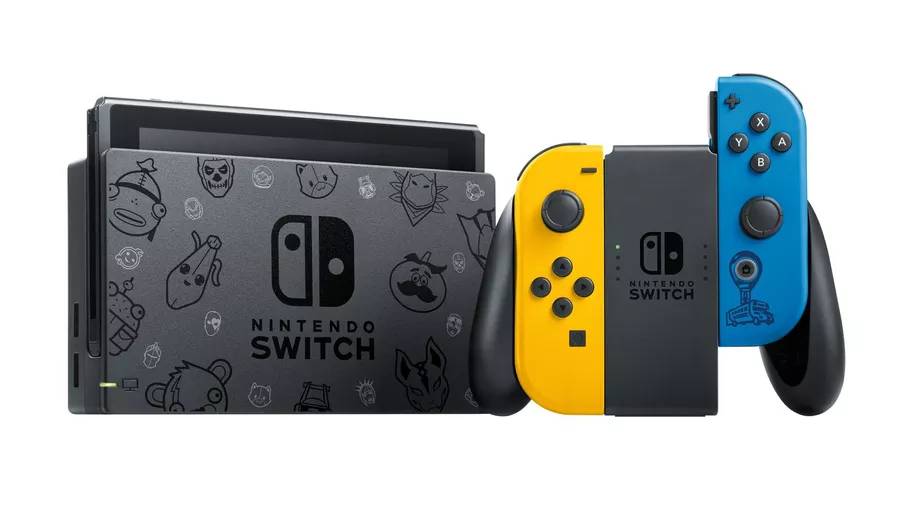