After months of rumor and speculation the Samsung Galaxy S20 range is here, and it contains not one phone or even two, but three.

While these three handsets are all unarguably high-end, and every bit as expensive as you’d expect a Samsung flagship to be, they also have a number of differences, with the Samsung Galaxy S20 Ultra arguably reaching a new level of ‘premium’ (in every sense of the word), above what we’ve seen from previous mainstream Samsung phones.

Below you’ll find a full comparison of the three, based on their specs, design and pricing. So read on for a clearer idea of how they differ. Then, if you haven’t already, check out our hands-on reviews of each, for a deeper dive into them that goes beyond the specs and into how good they seem in reality.

The Samsung Galaxy S20, S20 Plus and S20 Ultra are all hitting stores on March 6 in the US, with pre-orders opening on February 21. In the UK meanwhile they go on sale on March 13, and we don’t currently know the release date for Australia, but we’d expect it will be sometime in early to mid-March.

Like most Samsung flagships, and indeed most high-end phones from all companies, the Galaxy S20 range have aluminum frames and glass backs. They also come in the same selection of colors, with Cloud Pink, Cloud Blue, Cosmic Gray, and Cosmic Black offered for each. And they’re all IP68 certified, so they can safely be submerged.

However, size aside their displays are quite similar. They all have an Infinity-O AMOLED display with an aspect ratio of 20:9 and a resolution of 1440 x 3200. Of course, as they’re different sizes that means they also have different pixel densities.

The Galaxy S20 has 563 pixels per inch, the Galaxy S20 Plus has 525, and the Galaxy S20 Ultra has 511. Technically that means the biggest, most expensive phone in the range has the least sharp screen, but the differences are so negligible they’re likely to be imperceptible.

All three phones unsurprisingly support HDR10+, but more excitingly they also have a 120Hz refresh rate, for smoother interactions and animations. That’s double the 60Hz refresh rate on the Samsung Galaxy S10 range. The three phones also all have an in-screen fingerprint scanner.

All three phones come with a Snapdragon 865 chipset in the US, which is the highest end Snapdragon chip available, and isn’t yet found in any other phones. The UK chipset meanwhile is the Exynos 990, which is Samsung’s in-house rival to the 865, so it’s also very powerful.

The three phones also all have at least 12GB of RAM, but a version of the Samsung Galaxy S20 Ultra is additionally available with 16GB, which coupled with the Snapdragon 865 should see it comfortably race ahead of other Android handsets.

Storage in all three models comes in at 128GB, but the Galaxy S20 Ultra and S20 Plus also have a 512GB variety, and all three phones additionally have a microSD card slot. They all run Android 10, and all support 5G, though the Samsung Galaxy S20 Ultra supports the widest range of 5G bands.

So overall there’s not a huge difference in the core specs, but the top-end version of the S20 Ultra gets a boost with its extra RAM and storage – though that’s likely to be overkill for most people.

There’s more difference when it comes to the battery, with the Samsung Galaxy S20 packing a 4,000mAh one, the Galaxy S20 Plus a 4,500mAh one, and the Galaxy S20 Ultra a 5,000mAh one. All three phones support 25W fast charging and come with the requisite charger, but the Ultra can get up to 45W if you purchase a powerful enough charger for it.

The Samsung Galaxy S20 and Galaxy S20 Plus have similar camera configurations, with the S20 Ultra being the odd one out.

All three phones have optical image stabilization on their main and telephoto lenses, along with a similar selection of shooting modes, and support for 8K video at 24fps, but the Galaxy S20 Ultra is capable of more in some areas.

On paper these three phones all sound like they should live up to the S20 name – being feature-packed, powerful flagships fit for 2020, but with its different camera setup, massive screen, and optional extra RAM, the Samsung Galaxy S20 Ultra stands out not just as the best of the three but as markedly different to the other two.

The Galaxy S20 Plus meanwhile looks like just a bigger, slightly better take on the standard Samsung Galaxy S20.

Whether the additions to the Ultra will make it worth its high cost remains to be seen – we’ll let you know once we’ve put it through a full review, but if you want the best of Samsung that’s surely it, while the other two models look to be decent successors to the Galaxy S10 and Samsung Galaxy S10 Plus. 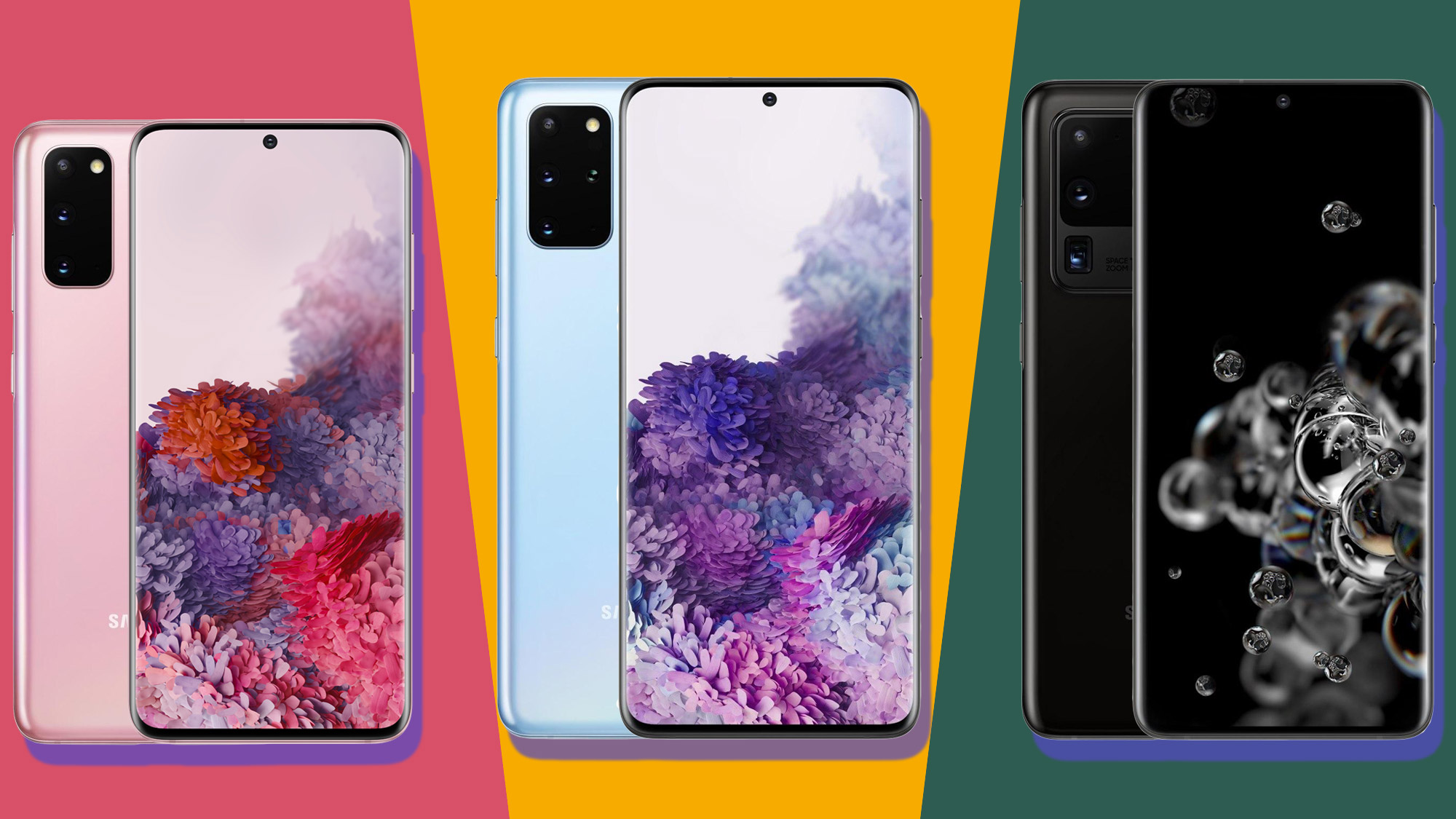