For 2020, Samsung is looking to continue the facelift on its mid-rangers that it started early last year. The first of the lot of the Galaxy M31, which retains its big battery and display.

Back in January of 2019, Samsung restructured its convoluted budget smartphone lineup into the M series and the slightly more premium A series. These went on to be the forerunners of Samsung’s successful return to great mid-range smartphones. Later in the year, they were upgraded with “s” versions of the phone which brought minor changes, bringing them up to speed with the year’s advancements. For 2020, it is ready to once again bring an overhaul to them.

The Samsung Galaxy M31 landing page on Amazon India is already live, where some of the key specifications have been mentioned. It continues the lineup’s lineage with a big 6,000mAh battery, which is likely to be the biggest in the segment. On the front, we will get a 6.4-inch Super AMOLED panel with a Full HD+ resolution and an Infinity-U notch for the selfie camera.

Speaking of cameras, the Galaxy M31 will bring a 64MP quad-camera array to the back, bringing a 64MP primary camera to the budget segment, alongside an ultrawide lens, a macro shooter and a depth sensor.

Other internal specifications are yet to be confirmed, but we expect the Samsung Galaxy M31 to be powered by the Exynos 9611 SoC, with 4 or 6GB of RAM, and up to 128GB of storage which can be expanded via micro SD. Fast charging support over USB Type-C also makes the cut.

This is one of the busiest phases for Samsung in India. It just launched the S10 Lite, Note10 Lite and the A51, and is soon going to also bring the A71. Post that, it will be time for the Galaxy S20 series. 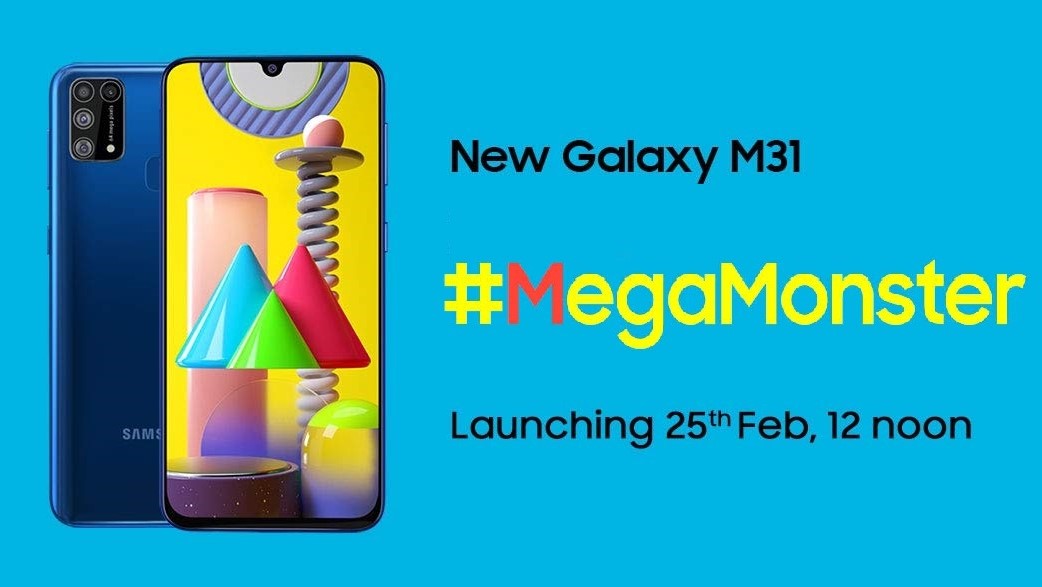