You've seen the pictures, you've read the specs, and now you can see a brief hands-on video clip of the Samsung Galaxy Z Flip in action, ahead of its big reveal on February 11.

Footage of Samsung's latest foldable phone has been shared by concept artist and regular tipster Ben Geskin on Twitter, with the 19-second clip showing how the device's screen opens up and then closes down again.

We've embedded it below, and it's worth 19 seconds of your time if you don't mind smartphone spoilers. In less than two weeks, Samsung should be unveiling the Z Flip at its Unpacked 2020 event.

The video also gives us a glimpse of the small, secondary display on the back of the phone, which presumably is going to show notifications and alerts when the device is closed.

We originally though the Z Flip was going to be called the Galaxy Fold 2, but this uses a clamshell design, whereas the Galaxy Fold opens and closes like a book. The real Fold 2 is slated to show up later this year.

According to leaks, the Z Flip is going to be running the Snapdragon 855 processor, with 8GB of RAM and 256GB of storage space (and no microSD card slot to expand it). Those are decent specs without being anything spectacular.

The phone is landing at almost exactly the same time as the very similarly designed Motorola Razr is getting shipped out to customers – all of a sudden there are going to be two clamshell foldable phones to pick from.

Meanwhile, the Samsung Galaxy S20 phones are also making their debuts at Unpacked 2020 on February 11, so it's going to be an event well worth tuning in for. We will of course bring you all the news as it happens right here. 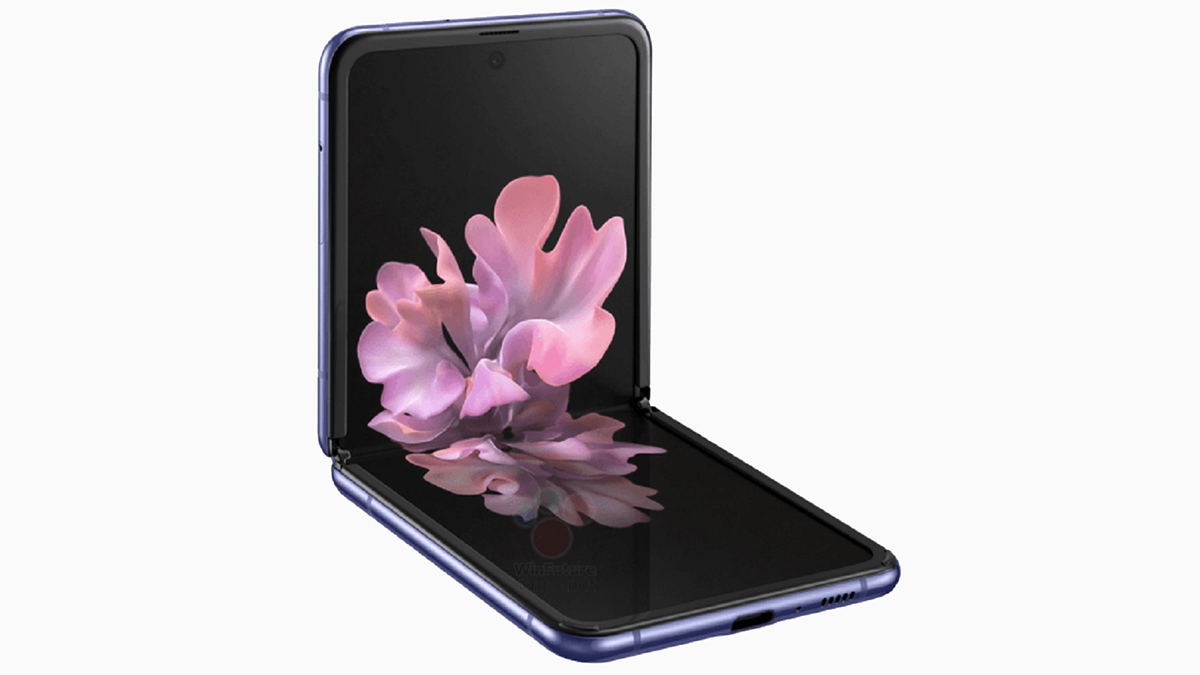