The Realme Narzo 10A 4GB RAM variant will go on sale in India tomorrow for the first time. At the launch, the company had announced only the 3+32GB variant.

The new Narzo 10A with 4GB RAM and 64GB onboard storage will be available for Rs 9,999 on Flipkart starting tomorrow. If you’re looking to buy the device tomorrow, you can also get a 10% instant discount on HDFC cards.

The device comes with 6.5-inch HD+ display with a mini drop-style notch and an 89.8% screen-to-body ratio. The handset is equipped with MediaTek Helio G70 SoC paired with up to 4GB RAM and 64GB storage.

The Narzo 10A comes with a 12 MP primary camera with an f/1.8 aperture, a portrait lens, and a macro lens. There is a fingerprint scanner under the camera module. Over at the front, the Narzo 10A has a 5MP snapper.

To power the internals, the device is packed with a 5,000mAh battery with a micro USB port. There is no fast charging here but the device comes with reverse charging feature. It ships with Realme UI based on Android 10.

As for connectivity options, there is dual-SIM, microSD card, Bluetooth 5.0, FM Radio, and Wi-Fi 802.11 b/g/n. The Narzo 10A comes in So Blue and So White colour options.

The company will be launching the Realme X3 series in India this week along with Realme Buds Q TWS earbuds. 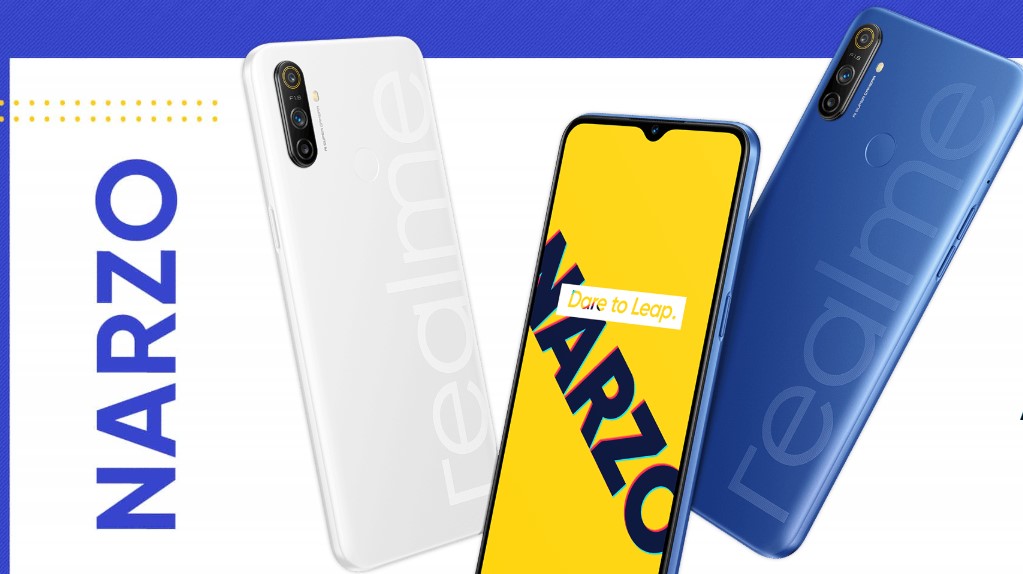 Previous ArticleBillions of online tracking records leaked onlineNext ArticleYou can sign up for the iOS 14, iPadOS 14 and macOS 11 beta now – well, sort of