Things in the Rod Laver Arena at the 2020 Australian Open could be about to get a little bit spicy. The awesome Rafael Nadal and Aussie Nick Kyrgios are going to go head-to-head today in a Grand Slam grudge match…and we can't wait! You can see how it all goes down as it happens and no matter where you are by following our guide to getting a Nadal vs Kyrgios live stream today.

Despite the apparent animosity between these two stars of modern men's tennis, they've only actually faced seven times before on the court with Rafa coming out on top once more than his foe. The last time was at Wimbledon 2019 where Nadal took a relatively straightforward 3-1 win.

But it's the ill-feeling between the two can probably be tracked back to a match a few months before that during an ATP match in Mexico last February where Nadal – on the end of a rare defeat – accused Kyrgios of lacking respect "for the crowd, his opponent and towards himself". The victor responded by calling the Spaniard out for his slow play between points and, from there, a beautiful feud has bloomed.

Even last week at this very Grand Slam, Kyrgios has been doing impressions on court of Nadal's quirks and twitches. It's safe to say that neither of these men will be giving any quarter when they meet today.

Make sure you don't miss any of the 2020 Australian Open 4th round – follow our Rafael Nadal vs Nick Kyrgios live stream guide below – it doesn't even matter where on Earth you are.

How to live stream Nadal vs Kyrgios for FREE Down Under

How to stream Nadal vs Kyrgios live in the UK

How to live stream Nadal vs Kyrgios in Canada 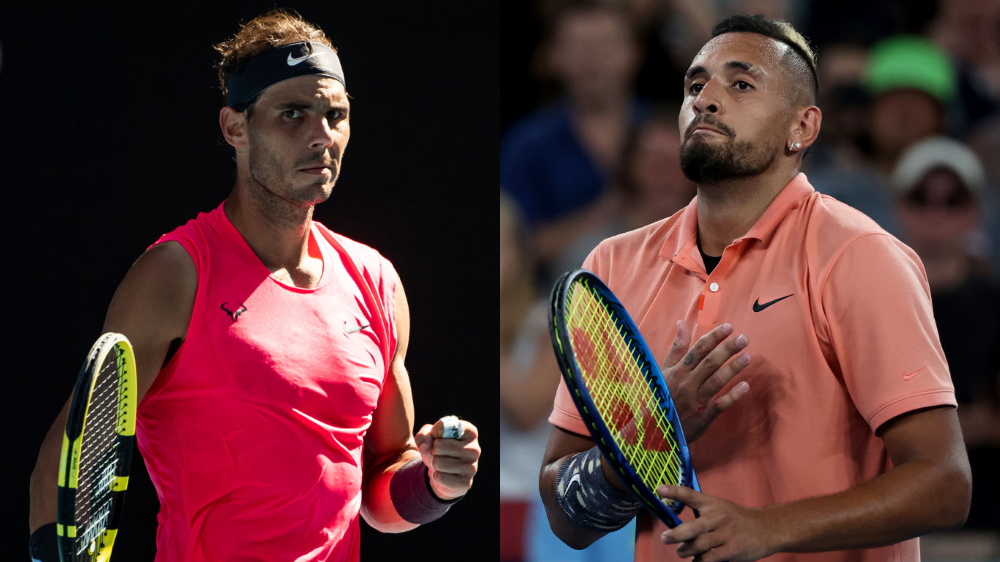 Previous ArticleIs a radical design change coming for the iMac?Next ArticlePOCO X2 confirmed to launch on February 4 in India