The Beats Powerbeats 3 are among the best running headphones you can buy, and they could be getting a follow-up in the form of the hotly-anticipated Powerbeats 4 wireless earbuds.

That’s based on a US Federal Communications Commission (FCC) filing that depicts a pair of wireless earphones, called 'Power Beats Wireless' awarded to Apple on February 27.

While Apple hasn't confirmed the existence of the Beats Powerbeats 4 – if that’s what they’ll be called – FCC filings are usually a good indicator that a product is on the verge of being released.

Most recently, we've seen our first images of the Powerbeats 4; on March 9 WinFuture published what it says are photographs of the new wireless earbuds, along with new information on battery life, design, and support for Siri.

After all, we've been expecting an announcement from Apple about a new pair of Beats earbuds for a while now, with rumors flying since an icon for the neckbuds was discovered in the latest version of iOS 13.

We can’t wait to see how these earbuds stack up to the competition when (and, indeed, if) they’re released in the coming months. For now, here’s everything we think we know so far about the Powerbeats 4, as well as all the specs and features we’d like to see.

Without confirmation from Apple that the Powerbeats 4 actually exist, we can only speculate as to a potential release date for the successors to the Powerbeats 3 – and perhaps the best way to do this, is to take a look at past Apple releases.

The AirPods Pro, for example, were awarded an FCC certification on March 20, 2019, and were officially launched on October 28 of the same year.

An even quicker turnaround was seen with Beats’ true wireless earbuds, the Powerbeats Pro. Apple was given an FCC certification for the Powerbeats Pro on April 22, 2019, which were then launched just weeks later on May 3.

So, it’s likely that we’ll see a Powerbeats 4 release date this year, and it could be sooner rather than later; we could see them at WWDC in June, for example. Saying that, Apple has been known to hold launches far earlier in the year, revealing Apple Arcade and Apple TV Plus in March 2019, as well as the upgraded AirPods.

The Powerbeats 4 aren't the only new Apple headphones rumored to launch in 2020. The AirPods Pro Lite will apparently be an entry-level version of the noise-cancelling AirPods Pro, and we've been hearing rumors of a pair of Apple over-ear headphones for quite a while now.

The first official images of the Powerbeats 4 have apparently been leaked, according to WinFuture, and they look a lot like their predecessors, albeit with an ear hook design more similar to the Powerbeats Pro. While these images do look convincing., it's important to bear in mind that WinFuture hasn't disclosed where it discovered them, and Apple is still yet to confirm the existence of the Powerbeats 4.

According to WinFuture, the new earbuds have been designed with a focus on "ergonomic comfort", with the cable connecting the two buds sitting behind the ear rather than the front.

Judging from the photographs posted by WinFuture, the Beats Powerbeats Pro will come in a choice of three colors; red, white, and black. The website also claims that they'll come with "water repellant housings", too.

These claims corroborate with an FCC filing that includes a diagram of the new earbuds, which feature large earhooks and a neckbud design which connects the two buds themselves, but ditch the cable that connects to your audio source. Plus, an an icon found within the latest version of iOS 13 shows a similar design.

The icon, which was discovered by MacRumors, also gave us a glimpse of what the new Apple earbuds will look like – and it appears that the company has taken inspiration from the true wireless Powerbeats Pro when designing the new earbuds.

Judging from the photographs posted by WinFuture, the Beats Powerbeats Pro will come in a choice of three colors; red, white, and black. The website also claims that they'll come with "water repellant housings", too.

The FCC filing also says that the earbuds will feature integrated volume up/down buttons, which we initially thought would be part of an inline remote on the cable connecting the two earbuds.

However, the images posted by WinFuture show no such inline remote, so it could be that you'll be able to control the Powerbeats 4 via buttons on the outer housings of the buds.

Indeed, WinFuture says that "playback can be started, paused, the track changed and, if desired, calls can be processed using the Beats button integrated in the right headphone", and that "if you hold down the button" your phone's voice assistant will be summoned.

In December, 9to5Mac, found strings (sequences of characters) within the newly released iOS 13.3 code that show the Powerbeats 4 will come with 'Hey Siri' support.

This is a feature found in Apple headphones that contain the H1 chip, including the 2019 AirPods, the new AirPods Pro, and the Beats PowerBeats Pro true wireless earbuds.

As well as allowing you to summon Siri with your voice alone, the H1 chip provides Apple earbuds with lightning-fast connectivity and better battery life than the original 2016 AirPods.

That rumor has been backed up by WinFuture, which claims that the Powerbeats 4 will come with the H1 chip, and will therefore support the Hey Siri feature.

The website also claims that the earbuds will come with better battery life than the Powerbeats 3, increasing from 12 to 15 hours from a single charge, as well as a new 'Fast Fuel' feature that will allow for speedy charging.  WinFuture says that "60 minutes of playback time should be achieved after just five minutes of charging."

Powerbeats 4: what we want to see

We found that, while the Powerbeats 3 sounded powerful, the mid and high frequencies were frequently overwhelmed by the bass. For many, pumping bass is a desirable feature in running headphones, using pounding kick drums and bass notes to push them through a difficult workout.

That’s all well and good, but you still need to be able to hear the other instruments; the vocals, the keys, the guitars. A little tweak to the balance of the Powerbeats 4, perhaps flattening the EQ a touch so that the mids are less recessed, could make them the best-sounding running earbuds on the planet.

This could give the Powerbeats 4 the edge over the competition, especially if Apple can keep prices down. Saying that, it would be important for any noise-cancelling running headphones to come with a Transparency mode, like the AirPods Pro.

This would allow you to quickly tune into your surroundings with a tap of a touch-sensitive housing or button. As well as being a safety feature, Transparency is also handy if you need to have a quick conversation and don’t want to take your earbuds out – particularly useful if the Powerbeats 4 sport the secure earhook design we’re expecting.

Alongside the Powerbeats Pro-style earhooks, we’d also like to see some more color options with the Powerbeats 4. Their predecessors came in a range of eye-popping sporty colors, but it might be time to take a cue from the Powerbeats Pro and offer some subtler, more premium-looking options. Saying that, it looks like we'll be getting red, white, and black to start with. 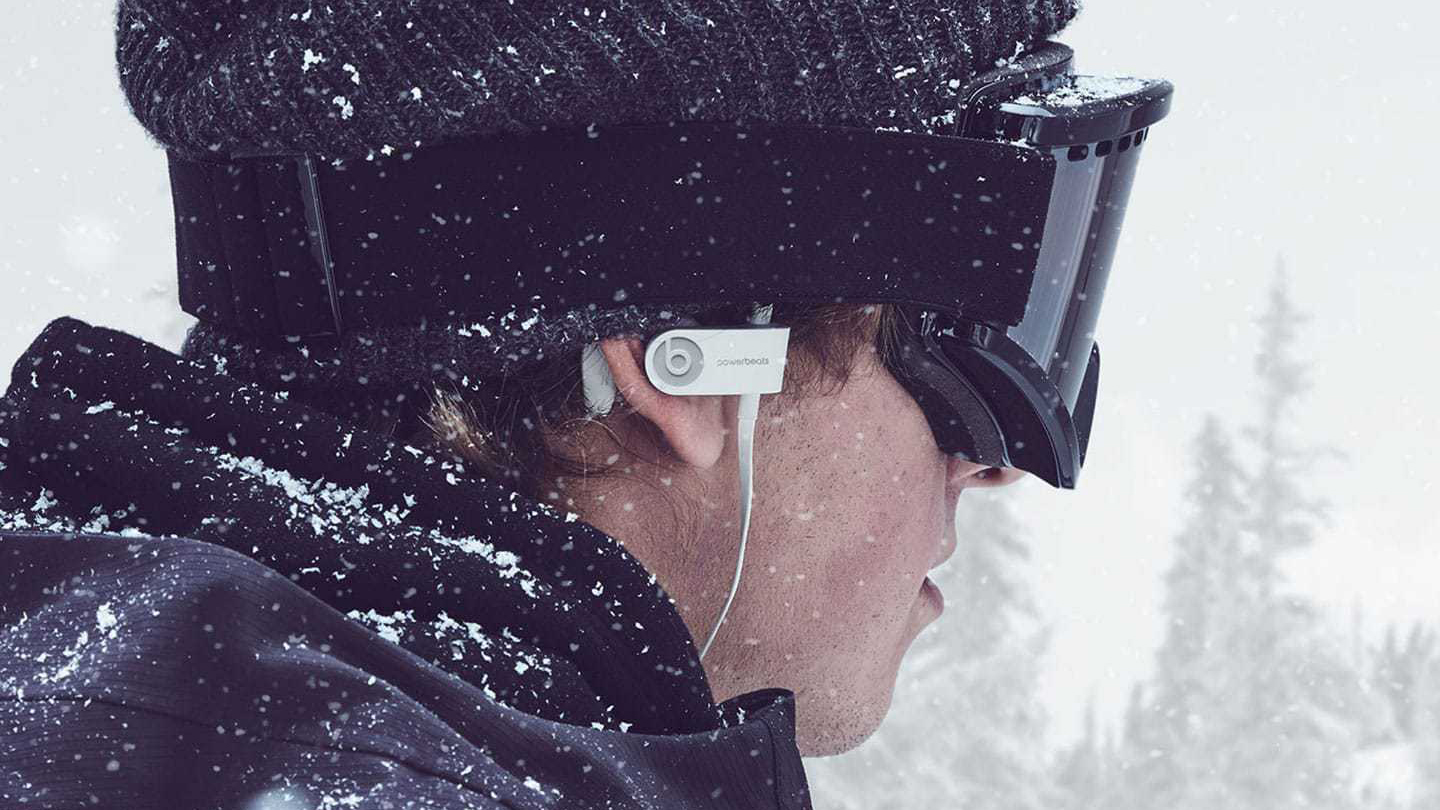