Whether you're looking for a bargain or the latest, shiniest smartwatch, we've found Apple Watch deals worthy of your consideration thanks to the latest Apple sales from Amazon US and UK.

In the US you can pick up an Apple Watch Series 3 for just $179 (was $199) right now. This is the cheapest we've ever seen a new (non-refurbished) Apple Watch deal go for and it's a perfect opportunity to grab your first Apple Watch for cheap. The Series 3 may be a little bit older, but it's still a great smartwatch and features all the latest Apple iOS software and apps so you're still getting all the sleep, activity, and fitness tracking you'd expect from an Apple Watch.

If you did want a brand new shiny Apple Watch though, there's also this fantastic $100 off discount on a Series 5 for just $329 (was $429) at the moment. These brand new Apple Watches feature a more slimline chassis, an upgraded processor, and a bigger screen, making them slightly slicker overall when compared to the Series 3, although you're definitely paying more for that extra style.

In the UK? We've also found some great Apple Watch deals on sale at Amazon this weekend, including a new Series 3 for just £195 and this new Series 5 for just £419. Whether you're looking for your first cheap Apple Watch or to upgrade to the newest version, both these deals are good value propositions and definitely worthy of your consideration this weekend.

For more information, our dedicated best Apple Watch deals article is a good place to do some further research and check the best prices across the whole range. If you'd like to consider an excellent Android alternative, then our best Galaxy Watch Active deals article is worth checking out. 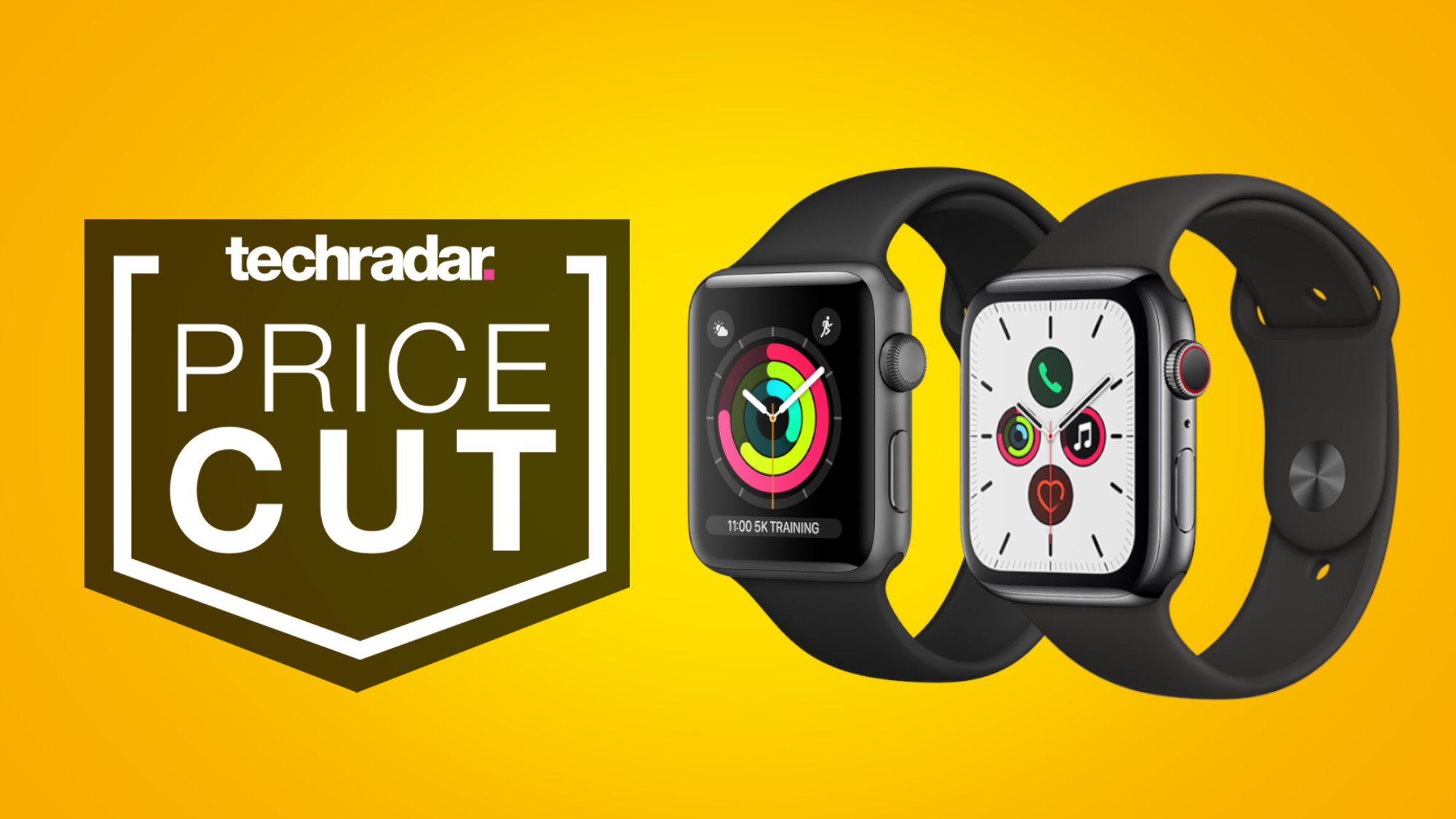