Despite Microsoft’s Game Pass and its Play Anywhere initiative possibly ushering the future of game distribution, its first party offerings have suffered significantly this year. Compared to Playstation 4 exclusives like Last of Us II or Ghost of Tsushima, the house that Windows built feels bare. There are some quality titles available including Age of Empires II: Definitive Edition, Tell Me Why, Battletoads, Ori and the Will of the Wisps and Gears Tactics.

So far, however, the 2018 acquisition frenzy hasn’t bore much AAA fruit. Ninja Theory’s Bleeding Edge came and went while Obsidian Entertainment failed to excite many through the Grounded beta. The delay of Halo Infinite until next year left Microsoft Gaming Studios without a grandiose AAA title for Xbox One, Xbox Series X and PC for 2020.

Then out of nowhere, Microsoft Flight Simulator unexpectedly becomes one of the defining experiences of 2020 without being your typical blockbuster fare. Besides landing challenges, the flight sim manages to be one of the best reviewed games this year by simply letting users fly aircraft literally anywhere on planet Earth. Visiting islands owned by criminals , 16 hour flights from Los Angeles to Dubia and flying through real hurricanes has become a new pastime now that commercial flights have been restricted due to the Covid-19 pandemic. Though Microsoft hasn’t released user data or sales figures, reports have mentioned that Microsoft Flight Simulator could produce $2.6 Billion in hardware sales due to accessories. Don’t believe it? There’s currently a shortage of flight sticks.

Flying through the cloud

The core of Microsoft Flight Simulator lies within Microsoft Azure. From its hyper realistic flight handling to gorgeous visuals, Microsoft’s cloud computing elevates the game into a technical marvel. In order to “somewhat accurately” create every inch of the entire globe with incredible detail, Microsoft Flight Simulator uses data from Bing Maps to generate 3D models including terrain, roads, vegetation, buildings and other real world materials. Using an internet connection, the game streams all of these two petabytes worth of data in real time.

Obviously, this keeps the controversial 128GB storage requirement down. By now, the amount of photorealistic in-game screenshots from Microsoft Flight Simulator only scratches the surface of what’s possible. Azure also allows the game to use real-world weather and cloud data. Not only does this enhance an already magnificent visual presentation but affects aircraft’s handling.

Learning from the past

Microsoft has spent the past console cycle attempting to convince everyone of the “power of the cloud.” Xbox One launch title Forza Motorsport 5 utilized Azure for the sim-racer’s Drivatar AI system. Through cloud processing, Drivatar calculates AI for cars that players race against. Microsoft uses machine learning to watch every single player and race before uploading telemetry data to the cloud. Described by Forza series creative director Dan Greenawalt as “multiplayer without any jerks,” players were able to compete against human-like racers.

Once Forza Motorsport 5 launched alongside the Xbox One in 2013, IGN’s Luke Reilly called the racing “a lot more dynamic and unpredictable as a result.” Unlike many racing titles, AI didn’t partake in convoy mentality or rubberbanding. Other racers broke away from opponents, took unconventional racing lines, and even got aggressive or defensive while overtaking. If they were far behind the pack, the chance to catch-up was slim to none. By the time a player makes their way online to play against actual live opponents, the difficulty curve was nearly nonexistent.

Meanwhile, a players’ own Drivatar data could be used to race against other Forza players when not playing. This lent to an incentive for players to get better as in-game currency gets collected during from those races as well. The more one raced well, the better their digital representation did. Since then, the AI system has been featured in every Forza game including the Horizon spin-offs.

A similar Drivatar-like system made its way to Microsoft’s Killer Instinct reboot. Iron Galaxy Studios took over the game from original developer Double Helix and brought Shadow AI during the second season of content releases. Though not as integrated into the core game like Forza’s Drivatar AI, players could train shadow representations of characters they normally use. This allows players to fight against friends who aren’t available to play. Popular fighting game blog Shoryuken said that the system could change the way players fight computer controlled opponents.

Drivatar data is downloaded almost instantly every time players logged into the game and uploaded after every race just as fast. Shadow AI goes through a somewhat comparable loop before and after every match. This means that Azure usage wasn’t used during real-time gameplay. Crackdown 3 promised to go further than that when Microsoft officially announced it during 2015 Gamescom.

Using Azure, the Xbox One could offload complex game calculations like physics to a cloud providing the extra storage and processing power of three consoles. The early Crackdown 3 demonstration video from Gamescom was impressive, despite running at a low resolution and unstable framerate. Players were able to deliver all sorts of jaw dropping destruction to buildings and structures. Skyscrapers could be knocked over into another building, and realistic gaping holes could be created in walls with guns. By then, it looked like the long development time and wait was well worth it.

But by the time Crackdown 3 was released in early 2019, Microsoft had walked back all of the ambitious talk. The single player campaign divided critics, and the only way to witness anything inspired by the Gamescom demo was through a multiplayer mode called Wrecking Zone. According to many gamers, Wrecking Zone couldn’t even match the level of destructibility of older generation console titles like Red Faction, according to this Forbes report. Months after releasing, gaming outlets like ScreenRant had started reporting low player counts.

Flying into the future

Microsoft Flight Simulator lacks the racing thrills of Forza and instant open-world action of Crackdown 3. However, the Microsoft exclusive more than makes up for that by expanding the imagination of gamers to unprecedented heights. It’s all possible by making good use of Azure cloud computing. Most importantly, Microsoft Flight Simulator feels more technologically advanced than many upcoming games set for next-gen consoles.

Considering the series has been around since the early 80s, it was always thought of as a very niche product within PC gaming. Thanks to realizing the potential of Azure, Microsoft has now made the twenty-year-old flight sim mainstream. When the eventual port hits Xbox One and Series X, Microsoft Flight Simulator’s profile will soar even higher. 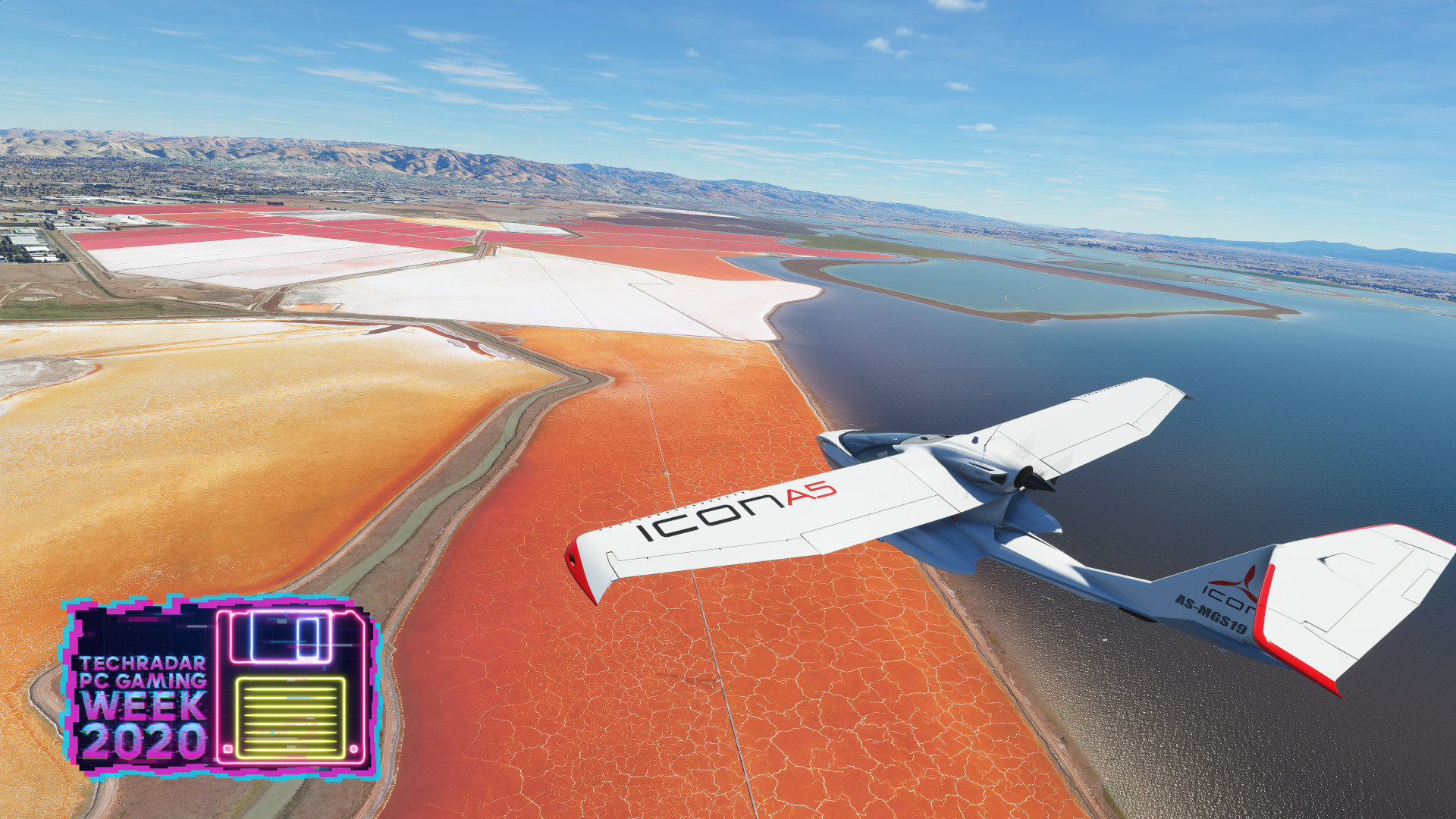