With pressure mounting on his managerial position, Ole Gunnar Solskjaer must lead his Manchester United side into what looks like an impossible mission tonight at the Etihad Stadium. Can United pull off a great comeback or will Pep Guardiola's men book their place at Wembley against Aston Villa? Don't miss a kick by reading our Man City vs Man United live stream guide below.

The out of form Reds must somehow reverse a 1-3 deficit away from home against their noisy neighbours Manchester City if they're to reach the EFL Carabao Cup Final.

With Liverpool seemingly out of reach at the top of the Premier League table, City have placed a higher emphasis on the remaining cup competitions. Despite fielding a rotated squad, Guardiola's side played with real purpose during their 4-0 FA Cup thrashing of Fulham at the weekend.

With a Wembley final at stake, expect big guns Sergio Aguero, Kevin De Bruyne, Rodri and Raheem Sterling to all be in the starting line-up this evening.

While a gun-ho, all-out attack may seem like the only tactic that offers United a route to the final, committing men forward will likely suit their opponents. Don't therefore be surprised if United deploy three central defenders for the majority of the game.

Which of these two bitter rivals will edge closer to winning the first piece of domestic silverware this season? Read on to find out the best ways to watch this EFL Cup semi-final second leg clash in the UK and the rest of the world and ensure you can easily live stream Man City vs Man United.

Live stream Man City vs Man United from outside your country

Further down the page we have details of catching the Carabao Cup semi-final in the UK, US, Canada, Australia and New Zealand. All require some kind of subscription.

But if you've paid for that subscription but are outside the country this weekend, then you'll soon find your access geo-blocked when you try to watch. To stop feeling like you've wasted your money (and assuming it's within the services Ts&Cs), you could use a VPN to watch as if you were back at home.

How to live stream the Carabao Cup in the UK:

How to watch the EFL Cup: live stream in the US 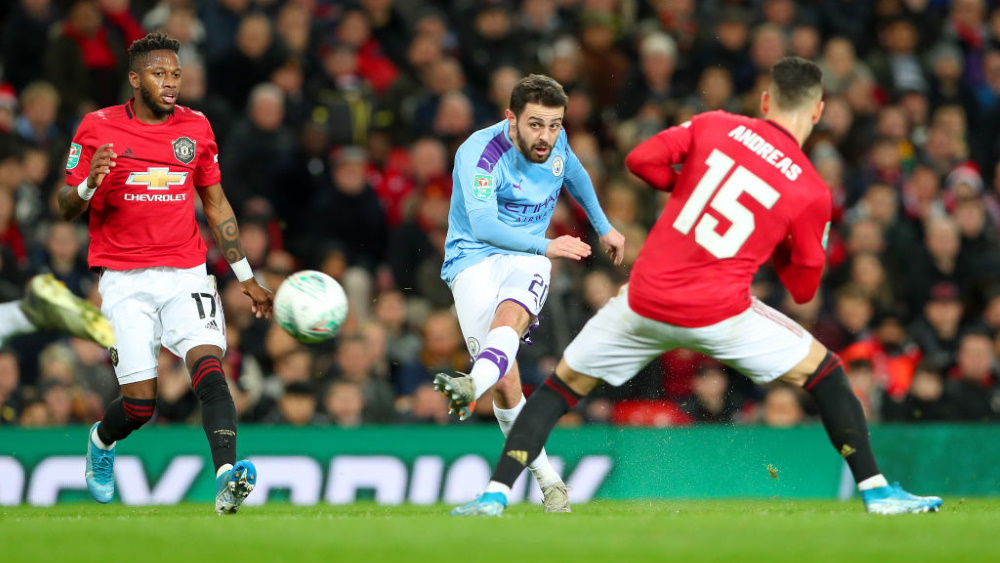