The Google Pixel 5 release date will likely be toward the end of 2020, a year that's starting to feel very long indeed – but that just means the tech giant has time to retool and learn from the feedback on the Pixel 4 and Pixel 4 XL phones.

Before the Pixel 5, we're expecting to see the Pixel 4a phones, mid-range versions of the Pixel 4s in the same vein as the Pixel 3a. We've heard a lot of rumors as the phone gears up to launch at the end of May or the beginning of June.

When the Google Pixel 4 phones launched in late 2019, we unsurprisingly loved their photo capabilities, but found they fell short in some other areas.

The shortfalls we saw in the Pixel 4 phones give us ideas for what we'd like to see in the Google Pixel 5, and since there aren't many real leaks or rumors about the upcoming Pixel 5 devices just yet, we've taken this opportunity to make a wish list for Google's next flagship smartphone.

The Pixel 4 and 4 XL were popular devices, but didn't get quite the enthusiastic welcome that the Pixel 3 phones did, so the upcoming handsets could be Google's opportunity to wow buyers who may enjoy what Google does best. Read on to discover where we think the Google Pixel 5 could succeed.

Latest: The Google Pixel 5 could lack the Soli radar that allowed for hands-free phone navigation on the Pixel 4.

It's a bit early to assert with confidence when the Pixel 5 release date will be, given how tumultuous 2020 has been, but given precedent we can take an educated guess.

The Pixel 4 launched on October 24 of 2019, and we can reasonably expect another release around that point in 2020, given every previous flagship Google Pixel has launched in October.

It's unclear exactly when in the month we'll see the Pixel 5 though: the first three Pixel phones were unveiled in the first week or so of the month, while the fourth came out at the end. Your guess is as good as ours.

Smartphones have been slowly climbing in price, up from above-mid-range territory to true flagship price tags, and Google seems to be pitching its flagship phones as equal to that tier – so we've expected them to keep apace with rising flagship costs, too.

And yet, Google might be thinking about dropping the price: a survey allegedly went out asking if consumers would buy a 'premium Google smartphone' at $699 (around £572 / AU$1,070). That could certainly give it an edge over rival flagship smartphones that are only getting pricier and pricier.

Of course these are all guesses at this point, and when we hear some concrete leaks we'll update this article.

The biggest Google Pixel 5 leak so far actually relates to the Pixel 5 XL. A high-quality render showing a supposed prototype of the phone has leaked, which you can see below.

As you can see, the camera design is rather different and likely to be divisive, but the source claims this is just one of three prototypes, and the others have a more conventional square camera block.

One of the three lenses pictured here is apparently wide-angle, which would be new for the range. As for the front of the phone, that isn't pictured but is apparently similar to the Pixel 4, including a large top bezel – though this is apparently slightly smaller this time.

One surprising leak is that the Pixel 5 might not have flagship power, as unreleased code in the Google camera app suggests that it uses the upper mid-range Snapdragon 765G chipset.

It may get an upgrade over that though, as Qualcomm has since launched that chipset's successor – the Snapdragon 768G. This is pin- and software-compatible with the Snapdragon 765G, so it should be easy for Google to make the change if it had been intending to user the 765G, and it offers all-round improvements, coming a bit closer to the top-end Snapdragon 865.

One source has said the Google Pixel 5 will use a slightly lower-end chipset than either of those, in the form of the Snapdragon 765. This is a processor that's only slightly different from the G variant, but it's older too.

We've also heard the Google Pixel 5 could have a reverse wireless charging feature, according to Android 11 code found in a developer beta. This would let you power up other devices, like earbuds, a watch, or another phone, using the Pixel 5 as a charging mat.

This feature can be a bit of a power drain though, so has the company found any ways to fix our biggest Pixel 4 gripe?

Well, possibly, because we've also heard of an 'ultra-low-power mode' which could come to the phone as well as the Pixel 4. This mode will likely turn off a load of features of the phone like location tracking and auto-syncing apps, in order to keep your handset ticking along as long as possible.

Finally, it seems the Soli radar present in the Pixel 4 might be gone in the Pixel 5. This would mean there's no hands-free navigation, but most people found that feature didn't work very well, so it's unlikely many will care. The absence could bring the cost of the phone down too.

Check back for more Google Pixel 5 news and leaks, as clearly we're a bit early into the process to see anything concrete. That should change over the next few months and maybe even weeks, as manufacturing of Google Pixel 5 prototypes continues.

Google, last year, actually provided its own 'leak' of the Pixel 4 in shadow in June, so we can keep our fingers crossed that it spoils its own surprise when it comes to the Pixel 5. Stay tuned for more updates as that happens.

What we want to see in the Google Pixel 5

The Google Pixel 4 refined on its predecessor, but it left a lot to be desired in certain very obvious areas (read: the Pixel 5 battery must improve). But there are also features and perks Google still hasn't put into its flagship phone. Here's everything we want to see in the Google Pixel 5.

By far the biggest gripe about the previous Google Pixel phone was its short battery life. While capacity isn't necessarily indicative of how long it takes for the percentage to tick to zero, the 2,800mAh battery is small by 2020 standards – and many users found the battery dying before the end of the day.

The Google Pixel 4 XL fared somewhat better with its 3,700mAh capacity, but even that lasted only a bit more than a day. If Google wants to play with the big phone boys, it has to keep up with the 4,000mAh-and-greater batteries out there.

2. Bring back the fingerprint scanner

The Google Pixel 4 has no rear-mounted fingerprint scanner like the Pixel 3, nor does it sport an in-screen finger sensor like many premium smartphones as a backup biometric. All it had was facial recognition, and…it wasn't the best.

Some might find it easier to use, but others are likely frustrated to have to stare into their phone until it unlocks. In the Pixel 5, we'd prefer both facial recognition and a physical or screen-mounted fingerprint sensor. Heck, just put a button on the back – we're not picky. We just want to be convenienced.

3. Add an ultra-wide lens to the Pixel 5

Google, we come on bended knee. We entreaty. We plead. Make like every other Android flagship in 2020 and give us an ultra-wide lens on the Google Pixel 5.

The addition of a telephoto lens was very welcome, justifying a lot of hopes that a second lens would enhance the Pixel's portrait photography and expand its versatility. But the phone could be so much better, and have so much more range, with an ultra-wide camera. We can, and will, still dream.

4. Give the Pixel 5 a microSD slot 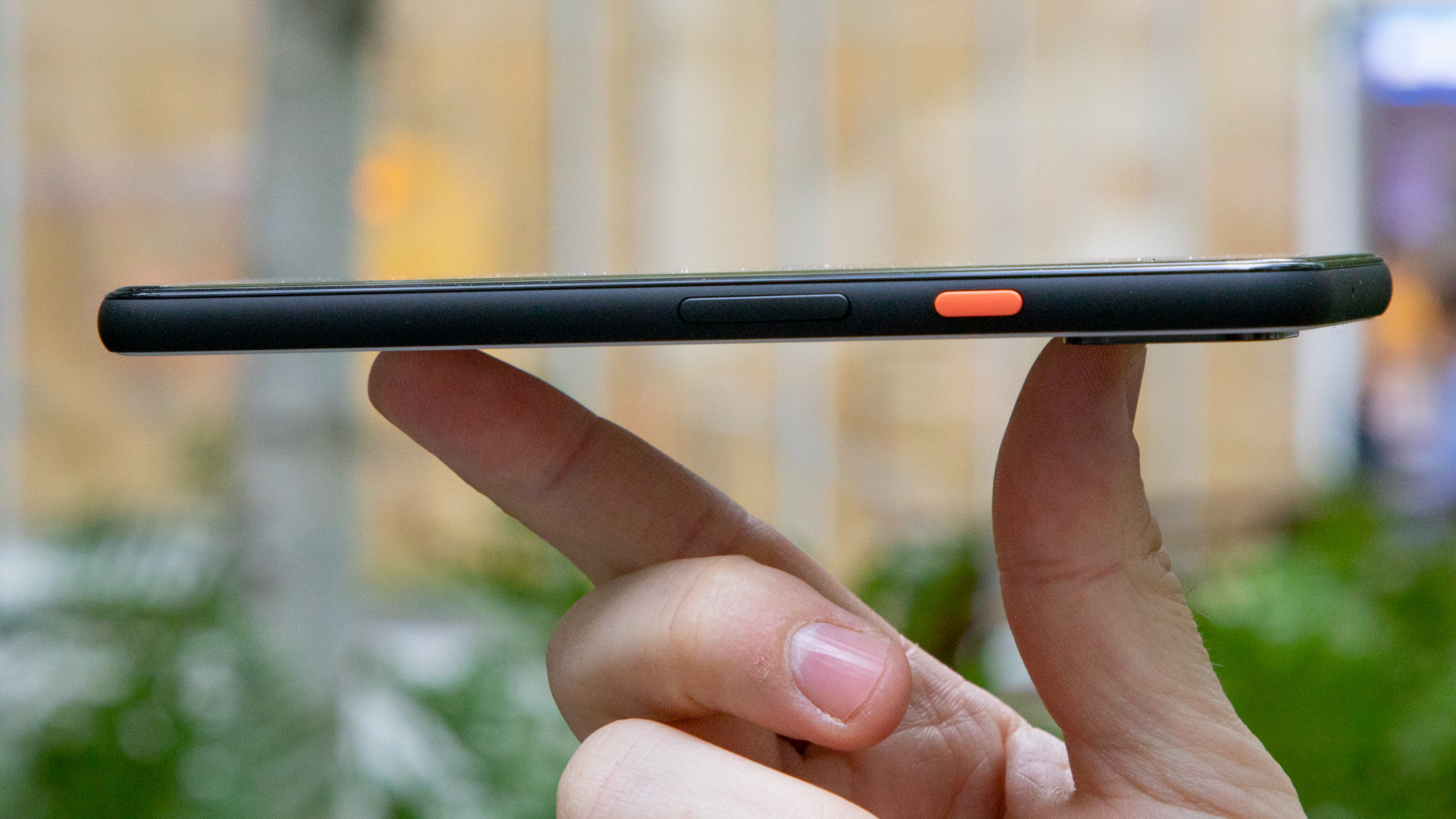 A minimum 64GB of storage and a maximum 128GB? Is this a joke? Google's not-so-subtle nudging for users to offload their storage to the cloud is pretty egregious. People store locally for reasons – especially when they don't have reliable signal. It's frustratingly limited not to cheaply expand what's typically the easiest auto-include in an Android smartphone.

5. Stick with the weird design 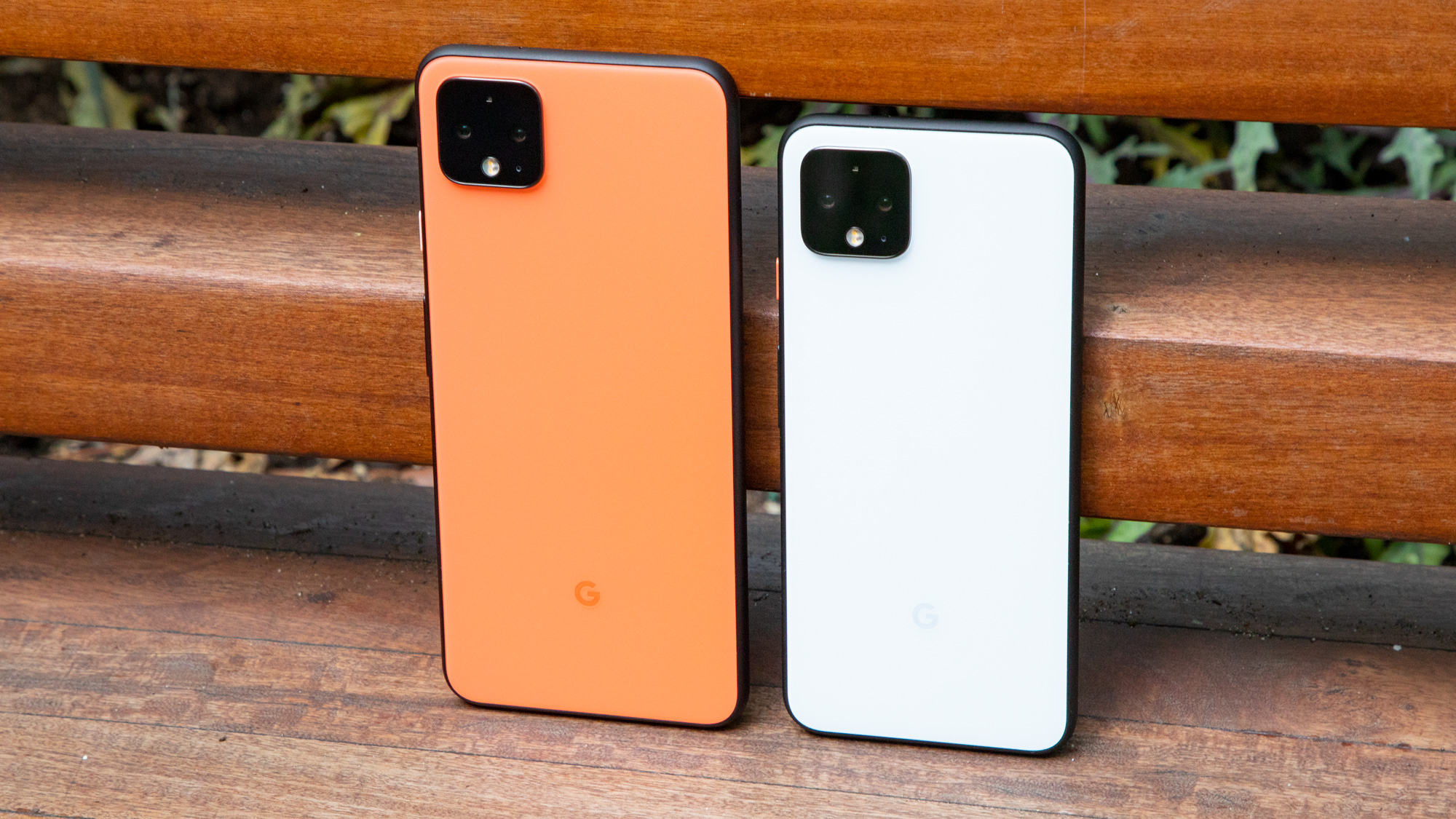 The Google Pixel 4 smartphones sure do look a bit odd compared to their dual-finish, single-hued predecessors. They're bare-backed except for a questionably stylish camera block, with a matte glass finish encased with a rubber frame around the edges. It's an odd, distinct aesthetic.

And, of course, there was a return to a top bar bezel instead of a notch. All in all, the Pixel 4 devices are far from 'conventional' Android phones – far from the nearly full-screen sleek flagship phones put out by Samsung or Huawei, but darn if they aren't unique and particular in a market of gleaming black rectangles.

Previous ArticleDreaming of Nintendo Switch? Nintendo’s next idea could be a sleep-tracking deviceNext ArticleHow and where to buy an exercise bike: these retailers still have stock