First announced at 2017’s Paris Games Week, Ghost of Tsushima is a brand new IP from Sucker Punch which will be exclusive to Sony's PlayStation 4 – and, possibly, the incoming PS5 console too. We now know the PS4 release date, too, and the game is set for release on June 26 2020.

Though Sucker Punch is largely known for the inFamous games, the developer is departing quite significantly from the inFamous formula with this new game. Saying so-long to high-rise cities and neon superpowers, Ghost of Tsushima will be a historical open world adventure that will take players back to Feudal Japan.

We haven't heard much about Ghost of Tsushima since it was revealed at E3 2018, and we're anxiously waiting for Sony to shed some more light on the PS4 exclusive sometime soon. A recent appearance in a State of Play live stream didn't exactly give us much more to go on either – aside from a new trailer showing off game assets and characters.

Sound like your kind of thing? This is everything we know about Ghost of Tsushima so far.

Ghost of Tsushima will be released on June 26, 2020. Check out the story trailer above, which shows off the different editions of the game. 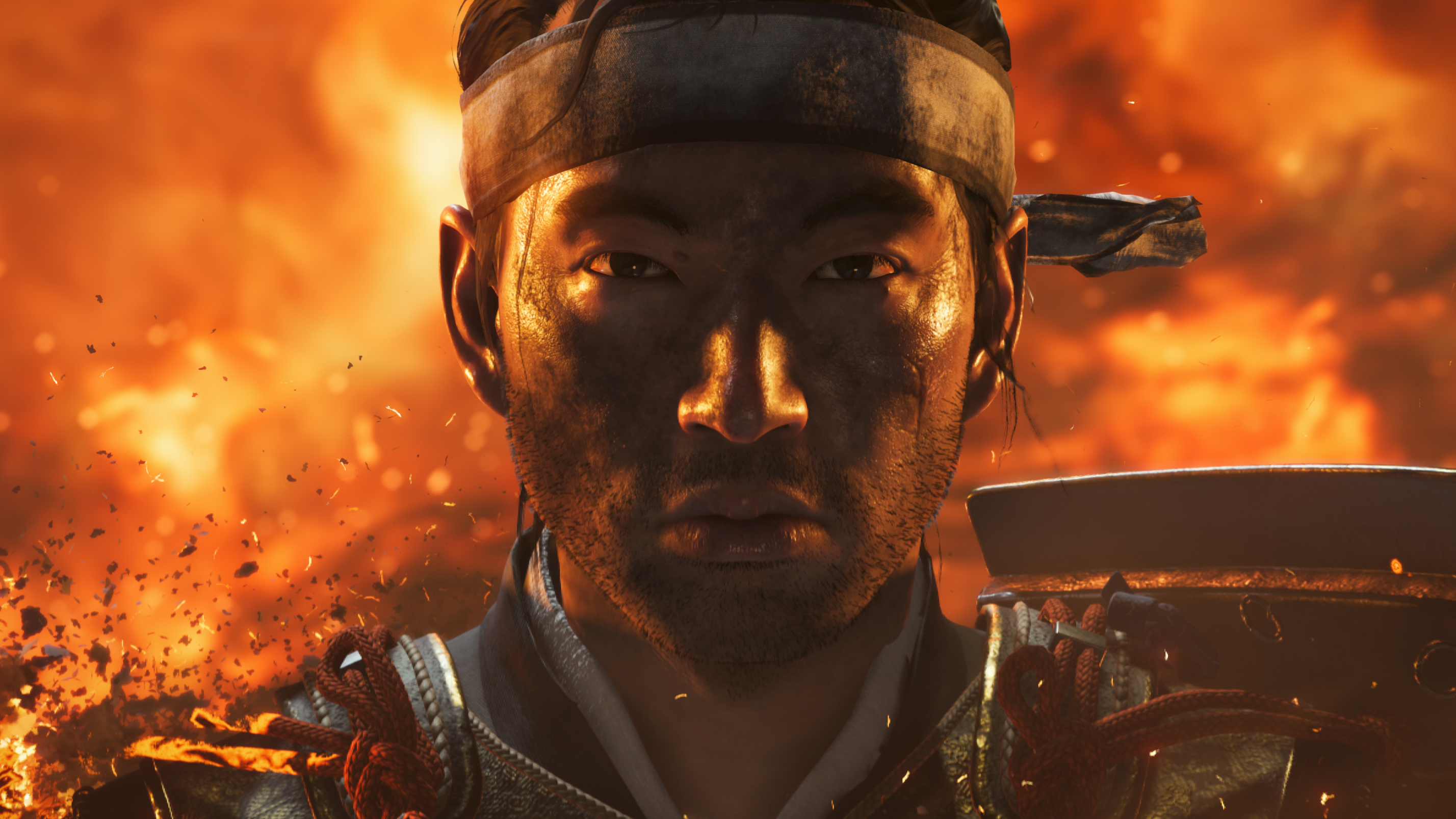 The latest trailer came on during the Game Awards 2019, showing a bunch of new gameplay, along with finally revealing a release window.

Before the Game Awards 2019, we got a trailer, courtesy of the State of Play live stream on December 10, showing off a gorgeously-rendered forest, and the tense moments before a samurai battle – with a smoke bomb to hand as well as a blade. You can soak up all the vibes in the video embedded below.

PlayStation showed us more of Ghost of Tsushima than ever during its E3 2018 conference with a lengthy gameplay debut. The trailer shows a huge open world that almost looks like a painting with a soaring atmospheric soundtrack.

We see our samurai challenge Mongol invaders in a combat style that reminded us of Assassin's Creed. But as well as up front and outright combat, there will be an emphasis on stealth with players using the element of surprise to avoid being outnumbered.

Check out the gameplay debut trailer below:

Before this we saw the announcement trailer that was released at Paris Games Week.

Though it was captured in the game engine, it doesn’t feature much in terms of gameplay. What it does show, however, is the game world we’ll be playing in and it’s clear that Sucker Punch is aiming for a stunning aesthetic.

You can watch it for yourself below:

It doesn't focus on in-game footage or gameplay but there was also an enlightening panel held at PSX with several members of the game's development team.

Watch below for details on the above trailer and what kind of research has gone into it:

Ghost of Tsushima was noted for being visually impressive during its E3 2018 presentation and president of Sony Worldwide Studios Shuhei Yoshida has made it clear that's still the case.

In an interview with Famitsu, translated by The PlayStation Brahs, Yoshida said he's been "overwhelmed" by the game's graphics, adding that when he plays it his "hands stop" because some of the scenes double the beauty of the Japanese landscape. This is high praise, and a nice update for those who have been waiting a long time to hear more about Ghost of Tsushima.

According to a 'leaked internal email' from Sony (and posted to NeoGaf), the PS5 will be unveiled at a "PlayStation Meeting 2020" launch event on February 12, 2020. This meeting, according to the rumor, aims to showcase "the future of Sony PlayStation to the whole world".

The same 'leaked internal email' claims that Ghost of Tsushima will be a PS5 exclusive.

It's worth taking this rumor with a huge pinch of salt as it hasn't been verified that this is an official internal email and it does go somewhat against the leaked presentation reported below in which the company appeared to express its commitment to the PS4 for the next three years with games that would include Ghost of Tsushima.

In response to a request for comment, a Sony spokesperson stated: "We don’t comment on rumour and speculation". 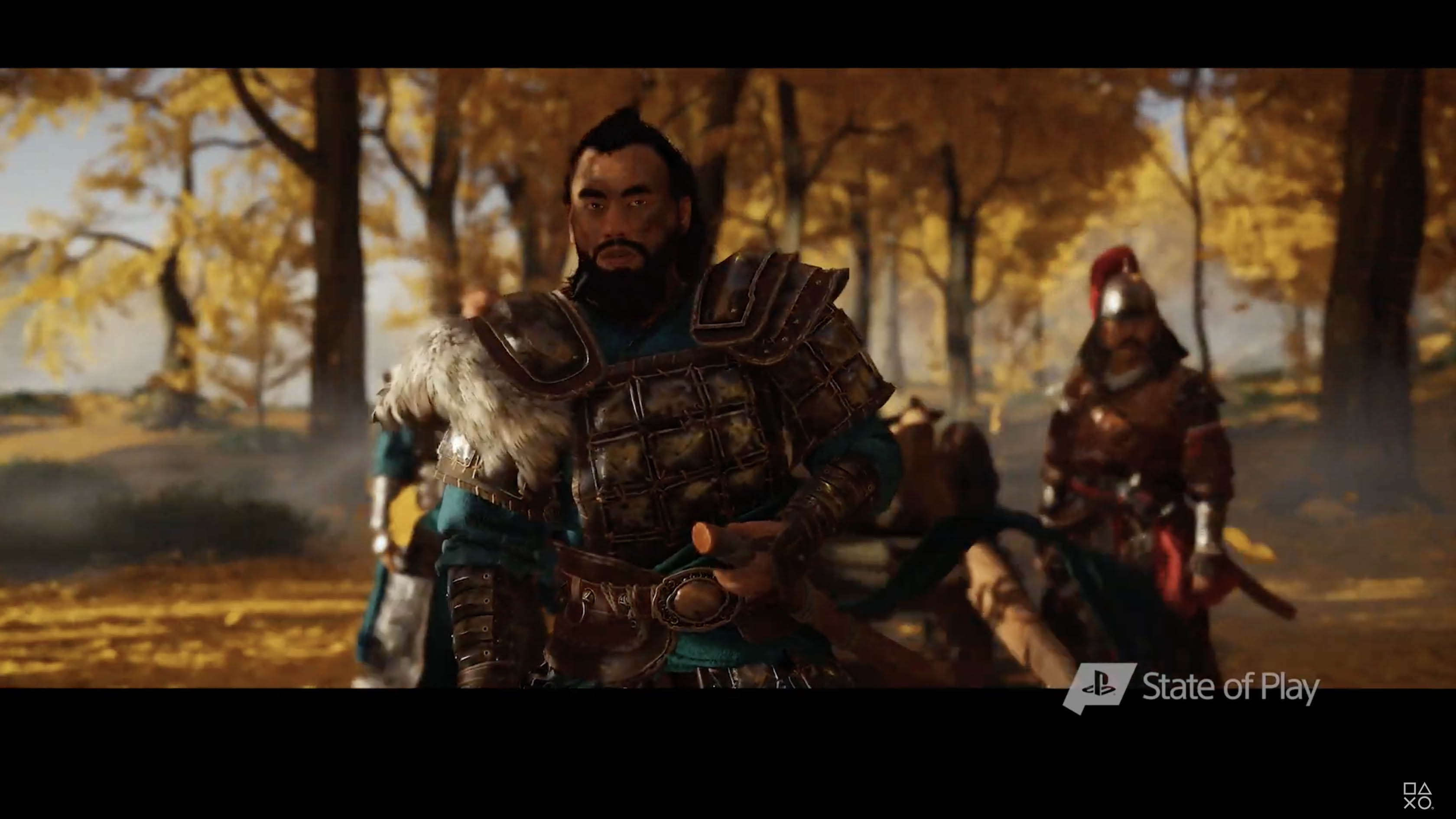 It'll still be on PS4

Information on Ghost of Tsushima has been appropriately hard to find these days and a recent job listing for a narrative writer on the game has had some fans concerned that Sucker Punch will be releasing its new IP on the increasingly-discussed PS5 rather than the PS4.

However, Sony seems to have put these worries to bed by confirming in a leaked presentation (via GamesRadar) that it will continue to be committed to the PS4 for the next three years with "an outstanding roster of exclusive AAA games still to come". These games will include upcoming exclusives The Last of Us 2, Death Stranding and Ghost of Tsushima, as indicated by images of the games on the PS4 slide which was part of the presentation.

That doesn't mean Ghost of Tsushima won't be playable to the PS5 though – there's a lot of talk about backwards compatibility and it's likely that the game will straddle the generations, taking players from their current console to their next. If you're not going to be ready to leap into the next generation, though, don't worry – it looks like Ghost of Tsushima will still be an option.

After very little news for quite a while, in April 2019 Sucker Punch posted a job listing for a narrative writer on its Ghost of Tsushima team. This posting was not especially reassuring to fans who believed the game was quite far along in its development and suggests that any kind of release date or further news could be a while away.

The job listing (via Gamasutra) asks that applicants be prepared to "write high quality dialogue" and contribute ideas to other narrative areas of the game. However, it also says that the applicant must be able to write to "tight deadlines" which could mean that development is moving apace and Sucker Punch could be looking to bolster its existing team with a new member able to neatly tie up any secondary narrative strands.

Until any news comes from Sucker Punch itself, of course, all of this is simply conjecture. 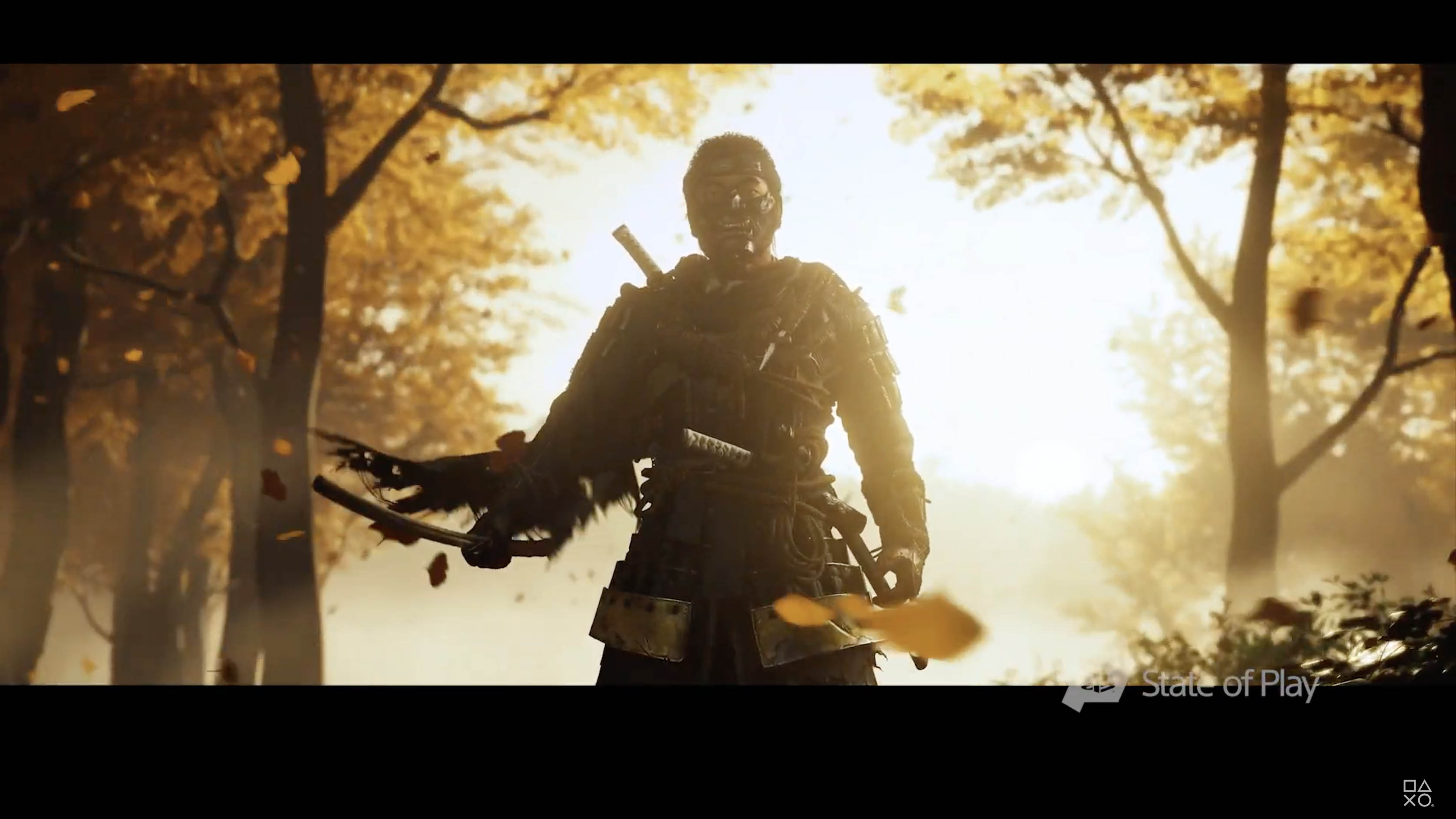 The main character is Jin Sakai – but he's not alone

Ghost of Tsushima focuses on samurai Jin Sakai but you will also gather allies such as archer Masako (who was you might remember from the trailer).

It’ll be set in Feudal Japan

As revealed by the game’s announcement trailer, Ghost of Tsushima will be set in 13th century Japan – the time of the Mongol invasions. In the year 1274, the Mongols made their first stop on the island of Tsushima. You'll play Jin, one of the last of the samurai on the devastated island, determined to quash the invasion and push the Mongols out despite the odds being stacked against him.

The game's art director, Jason Connell, stated in a recent PSX panel for the game that the team are taking an "inspired by" approach to the game with the setting serving as a "jumping off point" for a completely original story. 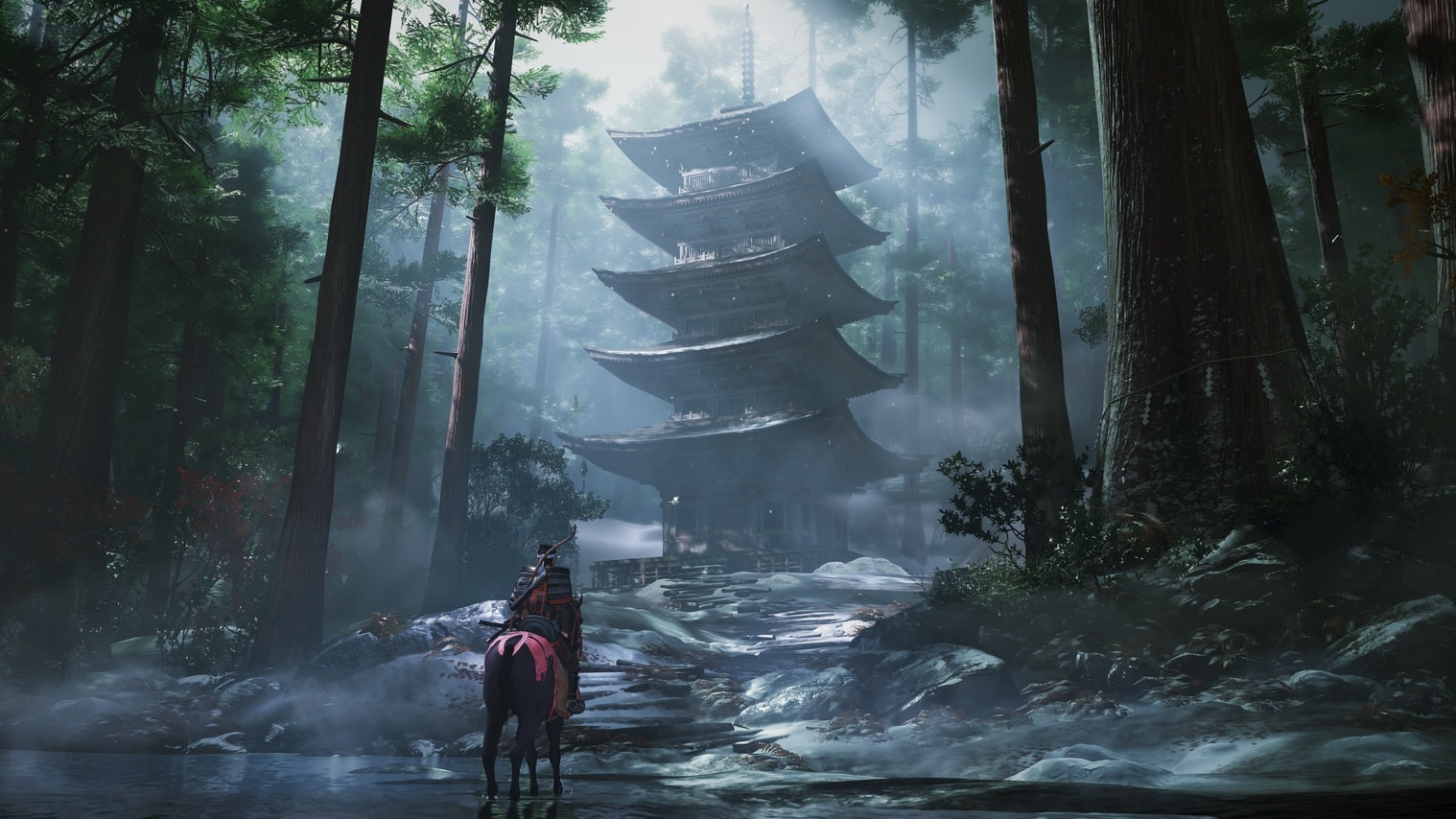 Though it’s very different from Sucker Punch’s previous games in many ways, Ghost of Tsushima will bear one similarity to inFamous with its third-person perspective; this time players will take up the role of a samurai called Jin.

The game will have a huge open world. Specifically, the setting will be the large island of Tsushima, located off the coast of Japan. Tsushima is a geographically diverse place and the game’s trailer shows that players will be able to travel from lush forests, to rugged mountains and towns filled with interesting characters.

Judging by trailer footage it looks likely that the player will do the majority of terrain traversal on horseback.

We’ve seen very little of gameplay thus far, but given the setting and overarching storyline it has the potential to be interesting. Playing a samurai unsurprisingly means there will be both action and stealth elements but there seem to be some plans to mix up the formula.

The samurai the player will take control of, for example, is the one of the last of his kind and as a result he’s forced to shed traditional samurai tactics and form a new method of fighting call the ‘Way of the Ghost’. 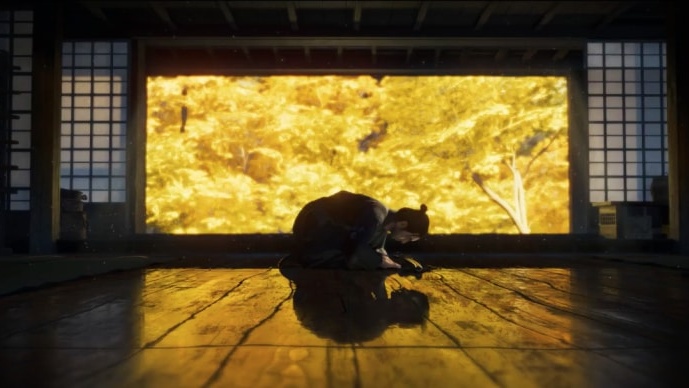 While we don’t know what this Way of the Ghost actually involves, we're interested because it’s an entirely new method of fighting necessitated by there being only one samurai facing an entire army. All of this together makes us think there will be a heavy emphasis on tactical stealth and the use of enhanced (perhaps mildly supernatural) powers.

According to the game's listing on the New Zealand PlayStation Store, players will be building the legend of 'the Ghost' in a tale "inspired by classic samurai stories."

There will be a range of weapons

Naturally weapons will be key in this game and from the trailer we can see that there will be a wide range of them. Alongside the traditional samurai katana, we also glimpsed long bows, armored horses and plenty of fire. 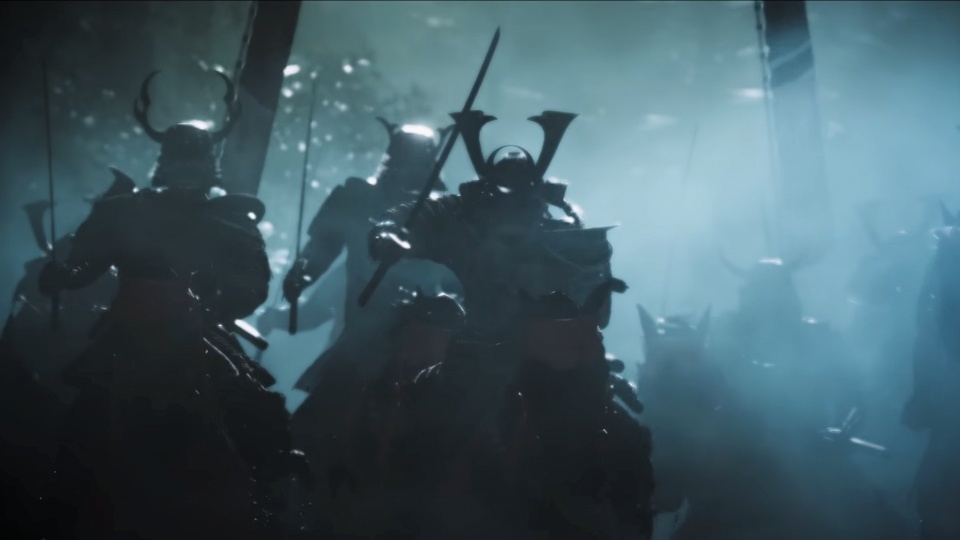 The villain will be interesting

Alongside an intriguing protagonist, we’re also anticipating a villain of substance. The player will be facing the Mongol Empire, known for its advanced horseback and archery skills as well as its ferocity.

The leader of this army will be the player’s main enemy and Sucker Punch has described this leader as being an “uncomfortably reasonable killer.” How this will manifest itself in the game is unclear but it suggests an engaging story line and hero/villain dynamic.

It could use Japanese dialogue

During a panel at PSX, the game's creative director Nate Fox asked the audience if they'd be interested in playing the game with Japanese dialogue. After applause that couldn't be mistaken for anything other than affirmation, he stated "Noted, thank you."

While this isn't a confirmation of anything, it does suggest that Ghost of Tsushima could very well go down the route of games such as Nier: Automata with dialogue entirely in Japanese alongside English subtitles. It would certainly compliment the efforts the development team has clearly gone to in going on research trips and asking for expert advice to achieve cultural authenticity. 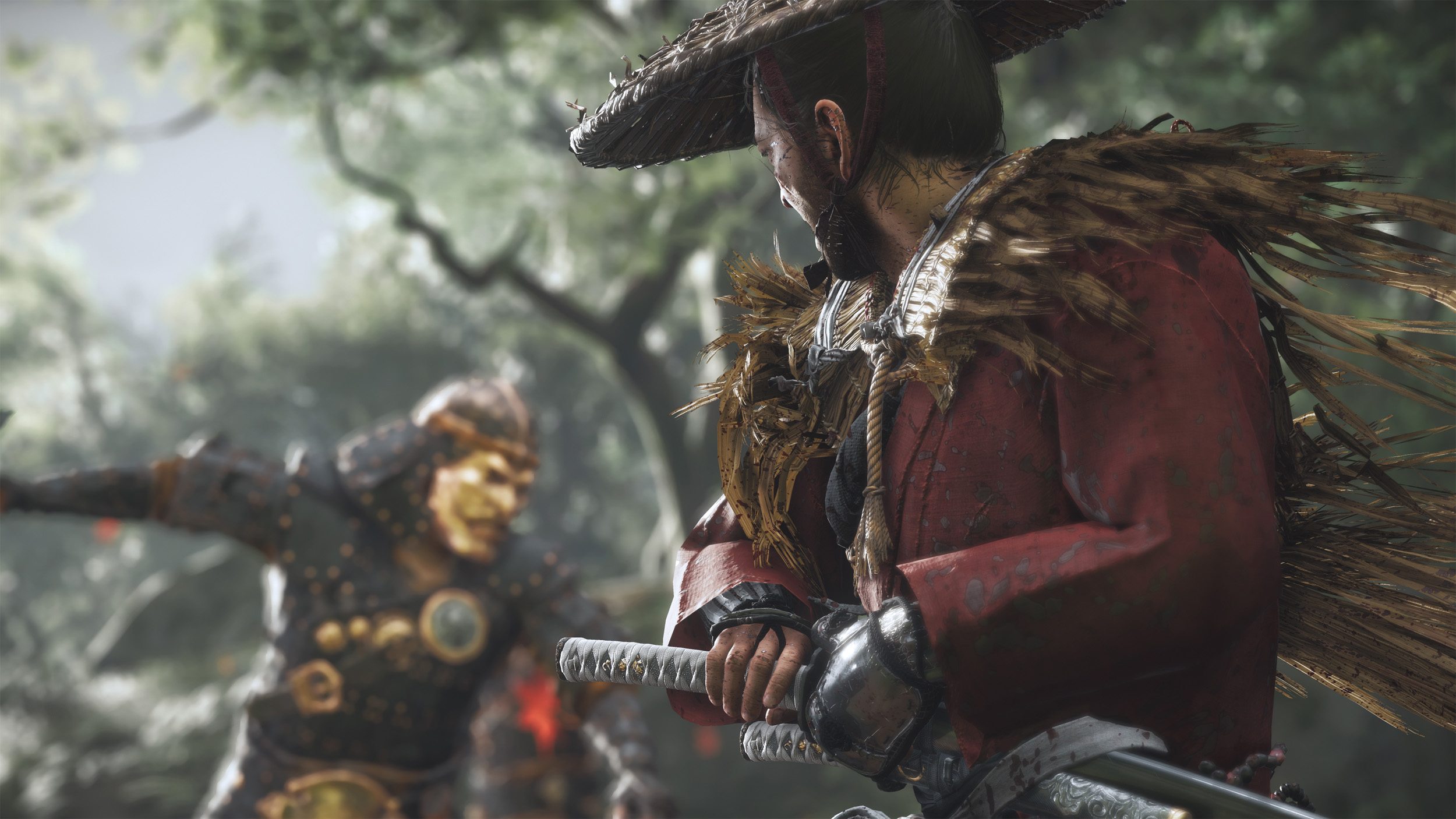