Valorant, the new team-based multiplayer shooter from Riot Games, is a brave undertaking. Launching a brand new, competitive first-person shooter in an already saturated market is a major risk. But if any developer is up for the task, it’s Riot Games. After all, the developer built League of Legends from scratch and turned it into a household name in PC gaming circles. It’s also an incredibly popular esport, too.

However, despite the pedigree of its creator, Valorant has a Herculean task if it wants to thrive among the giants of competitive shooters. Is it an instant contender, then, or does Riot still have work to do? Let’s take a look.

Valorant’s gameplay can be closely compared to that of Counter-Strike: Global Offensive (CS:GO). It’s a precision-based, 5v5 tactical shooter that focuses on accuracy and crosshair placement above all else, which can admittedly be punishing for newcomers. You need to aim for the head, try to control bullet spray and recoil from a variety of guns, and there are no respawns if you die during a round. The twist, of course, is that Valorant has a clever character class system, along with nine Agents who each have their own abilities – but we’ll get to that in a moment.

Valorant’s main two modes, Competitive and Unrated, focus on the highly enjoyable premise of attack versus defense which was popularized by CS:GO. The attacking team has to try to plant and detonate the spike (essentially a bomb), or wipe out the entire enemy team to win a round. The defenders, meanwhile, have to do the opposite: defuse the spike if it's planted, or wipe out the enemy team. Once the match reaches the halfway point, you’ll switch sides.

But that's not all. Players begin with a small amount of funds to buy weapons, armor and abilities at the start of each round, and more credits can be earned by performing well or besting your opponents. Winning a round will provide your team with extra funds, but you’ll still pick up some credits if you lose.

The economy management aspect brings an interesting risk/reward element into Valorant gameplay, as you’ll need to use your money accordingly throughout the course of each match. If you spend big on a powerful weapon to maximize your chances of success, you open up the risk of having nothing to spend in the next round if you die. While if you’re too frugal with your cash, you’ll be at a big disadvantage if you come up against someone who’s better equipped. Decisions, decisions.

Sounds a lot like CS:GO, right? Well, there are a few distinct differences between the two games. For example, matches are best of 30 in CS:GO, as opposed to Valorant’s best of 13, which keeps games from being drawn out – particularly if they go the distance. Valorant also avoids feeling like a carbon copy through its striking visual presentation, excellent map design and unique agent abilities.

There’s nothing wrong with building upon an incredibly successful formula, either. CS:GO is still one of the most played games on Steam every week, and Riot Games' approach to Valorant is reminiscent of how Epic Games approached Fortnite. There's no doubt it was built upon the foundations set by PUBG, who was the leader in the battle royale genre, but they added their own spin on the formula with huge success. Essentially, that’s what Riot Games has done here, and they’ve done it extremely well.

How does it compare?
To compare Valorant to Overwatch and Apex Legends in terms of gameplay would be unfair, then, as even though the games do share some similarities such as heroes, team-based gameplay and a colorful visual style, they’re all markedly different in the experiences they try to provide.

This is where Valorant really stands out. Known as Agents, Valorant’s nine heroes each offer their own perks and abilities that can turn the tide of battle when used correctly. From blocking sight lines to revealing enemies, you’ll need to make the most of your chosen agent’s arsenal if you want your team to come out on top.

Each character belongs to one of four classes: Duelist, Initiator, Sentinel and Controller. Duelists are ideal for players who like to push forward and engage the enemy head on; Initiators can be best described as scouts who can help determine the enemies location; Sentinels are suited to defensive players who prefer to support the team through healing; and Controllers are specialists at blocking off sight lines and disrupting the other team’s tactics.

Each character has three abilities (two of which are optional purchases each round) and an ultimate ability that charges over time/based on your performance. It's crucial, then, that you assess what's happening on the battlefield, the type of opponent you encounter and use the strengths of your particularly agent.

For example, if the enemy team is huddled up at the end of a narrow corridor, chuck a cluster grenade in as Raze to make them scatter. Don’t know where your opponents are hiding? Place a tripwire as Cypher and you’ll be alerted of any incoming hostiles if they trigger it. Want to lockdown an area but can’t cover every sight line? Place a wall as Sage to force the enemy to choose another entry point. Abilities can turn the tide of any encounter.

Ideally, a balanced team will include a mixture of character classes, as teamwork is paramount in Valorant. It’s important to learn how each Agent operates, too, as if someone picks your favorite before you do, you’ll have to play as someone else. With each Agent offering new playstyles to master, then, there’s plenty of depth on offer.

How does it compare?
Perhaps somewhat predictably, both Apex Legends’ and Overwatch have had far more time to amass a roster of playable characters. Both games have been out for significantly longer, and it’s impossible for Valorant to compete with the likes of Overwatch’s 32-character roster. However, with Riot Games promising to add more Agents into the game in the coming weeks, months (and hopefully) years, the key to Valorant’s success will be ensuring that each new character is properly balanced and adds something fresh to the experience.

Valorant only had four modes at launch, Unrated, Spike Rush, Custom and Practice, but the long-awaited Competitive mode has now also arrived. This is where most of the player base will gravitate to, as it’s where Valorant’s chops as a competitive shooter will really come to fruition.

That being said, Valorant’s Spike Rush mode is a fun, quick-fire game type that serves as a much-needed alternative to the longer form matches. Each player begins with the same loadout (there’s no in-game economy) and there are various stat-boosting and gameplay-affecting Orbs to collect on the battlefield. Every attacker has their own spike, too, meaning that rounds are often frenetic affairs. It’s a best of seven format, and is the perfect pre-game warm up mode.

How does it compare?
Other than that, however, the lack of modes could be seen as Valorant’s weakest feature right now. When judged against the competition, Valorant simply pales in comparison. The disparity is immediately noticeable when stacked up alongside Overwatch, in particular, which has four core modes Assault, Escort, Hybrid, and Control that are buffered by standard Deathmatch offerings, capture-the-flag, and rotating seasonal modes. Clearly, Overwatch has had longer to establish itself and find new ways to keep players engaged, but Valorant’s offering still leaves a lot of room for improvement.

But what about the game’s maps? Unfortunately, there aren’t many stages to fight it out on yet – there are only four – but each one has at least been crafted to offer unique challenges to overcome and encourage you to experiment with new strategies. Haven’s bomb doors cut off certain entry routes, for example, and Split features a lot of vertically so things still feel fresh.

How does it compare?
Unfortunately, Valorant is outclassed by its rivals when it comes to map selection, as both Overwatch, Apex Legends and CS:GO offer plenty more variety in selection and layout. Overwatch’s real-world locales mixed with more outlandish maps like Junkertown or the nostalgic wonderland BlizzardWorld are simply more interesting than anything Valorant offers. Meanwhile CS:GO’s 12 maps offer three times the choice, while also including a remake of arguably the most famous multiplayer map in shooter history in Dust 2. On the one hand, it’s unfair to compare a game that's still in its infancy to one that’s been around for a decade, but Riot knew what the competition looked like going in.

Put your money where your (micro) mouth is

Controversial as they are, micro transactions have become commonplace in free-to-play games, and Valorant of course is no exception. Riot decided to keep things simple here: buy a certain amount of digital currency for different amounts of real money, use that digital currency on cosmetics. Easy for people familiar with the format to understand, completely optional, and non-intrusive to the player experience, the micro transactions here are probably as good as they get.

This falls in line with the other competitive shooters in the free-to-play field, with the majority of the in-game purchases sticking strictly to cosmetic attire. Both Apex Legends and Overwatch have a similar approach: not wanting to risk the integrity of competition by allowing players to buy game-breaking boosts or abilities. CS:GO also offers a ton of content through its micro transactions, but that game’s community market has become a haven for money laundering schemes, which isn’t great.

Well worth a go

The final verdict here is clear: despite the lack of variety of game modes and maps, Valorant is an expertly-crafted competitive shooter that has all the ingredients to hold its own among the more established titles in the genre. The action is arguably more exciting, and the unique characters are fun to learn and experiment with. The classic attack v defense format works wonderfully, too, and the game’s Competitive modes should make for some epic moments. As time goes on and more content becomes available, then, it’s not unreasonable to think Riot Games could have another tremendous hit on its hands. 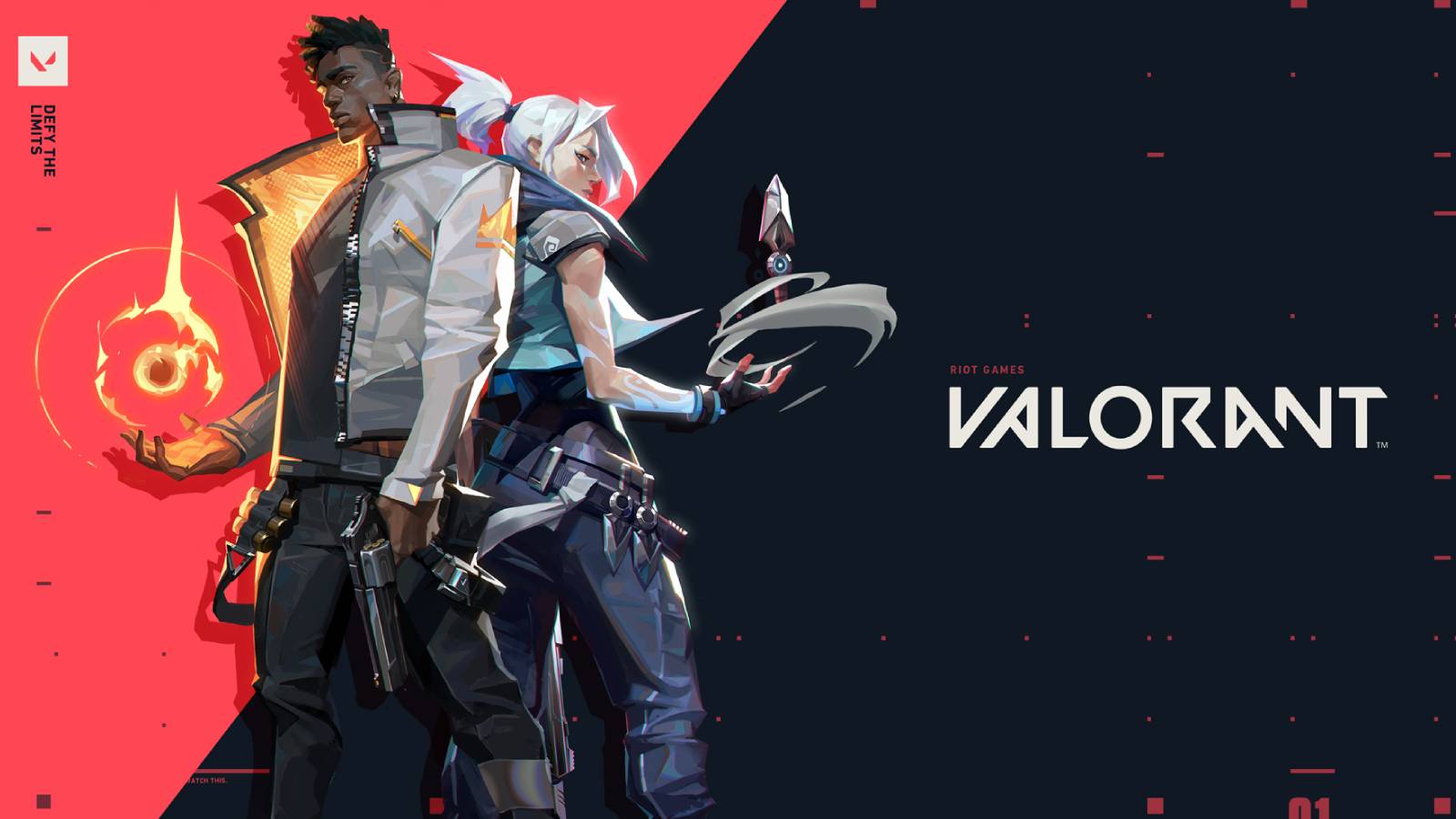