The Apple iMac has been stagnant for a number of years, to the point where it's seriously behind the curve when it comes to all-in-one PC design. But we've seen a patent that may change that.

Going by this patent, spotted by Patently Apple, a future iMac may end up being a giant device comprising of curved glass, so that the keyboard, trackpads and displays are featured on the same body. It's a strange enough design, but trust us, things get weirder the further you dig into this thing.

Behind the curved glass behemoth will apparently be some kind of triangular stand, where all the computing components will be located. But there's more to this mysterious iMac than meets the eye.

There are some images in the patent that suggest that the iMac's actual computing component will be removable, and you'll be able to just, like, shove your MacBook in there. And even if you don't have a MacBook, there's another image that makes it look like you can dock your iPad on top of the iMac. But, because it's behind the screen, we're not sure how useful this would actually be.

We don't know when this radical new iMac will come out or if it will ever even exist, but it's always fun to try and figure out what Apple is planning to do in the future. This patent is so bizarre that even if it doesn't actually turn into anything, it makes us kind of excited for future Apple products anyway.

Hold on a second

Ok, so we need to dive in and over analyze this patent. Again, this is probably a design that will never be made into a commercial product, but that doesn't mean we can't fantasize what using this thing would be like, or what purpose it could genuinely serve.

The iMac, as it exists today, is basically a space-saving wonder machine. Packed with desktop-class components, it's potentially much faster than a MacBook Pro, with a lovely display that folks can do some considerably heavy-duty computing tasks on – especially if you consider the iMac Pro.

One of the best things about the iMac as it stands right now, however is its versatility. It's VESA-compatible, which means you can mount it on your own stand, or even on your wall, while the wireless peripherals let you interface with your computer however you want. But with this curved glass design, that specific versatility could completely vanish.

Apple's descriptions within the patent are pretty vague, however, so it's nearly impossible to get a good idea of what it will actually be. Just going off the text within, it could either just be an iMac with the display and inputs built into the device, or a dock where everything, including the computing component, can be swapped out.

The swappable computing component would add in versatility in another way, however. Now Apple doesn't exactly have the best reputation when it comes to modular products, but we can imagine folks that already have a MacBook could potentially be interested in buying a bare-bones version of this iMac that's just the display and the bottom section. The MacBook would just slot in through the back, likely plug in via Thunderbolt 3 ports – which are hinted at in the patent's drawings – granting access to the display and webcam.

Just going off of Apple's history, however, we don't think it's actually likely that the device will be this flexible. Across its mainstream product lineups, Apple unfortunately doesn't leave much room for users to customize their experiences or repair their own products. We just love imagining a future where Apple's impeccable design could be coupled with true modularity, and this patent gives us a glimpse into that possible future – however unlikely it may be. 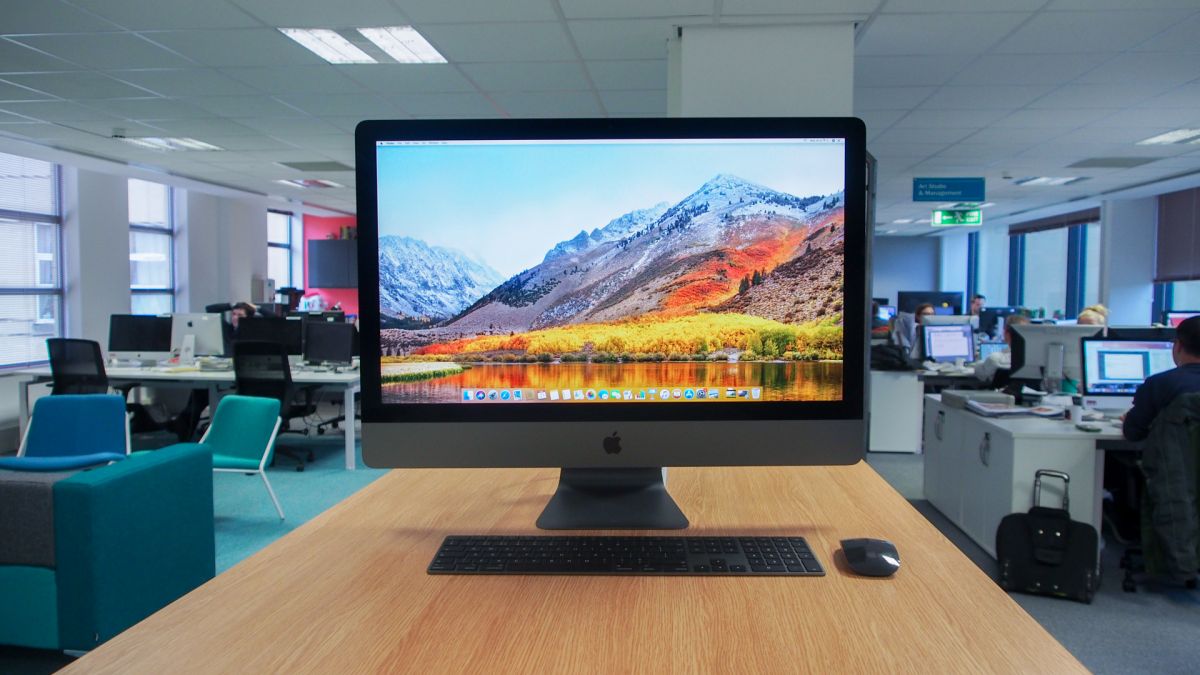