On the hunt for the best PS4 controller? As is usually the case with consoles, the official gamepad is very hard to beat.

However, there are reasons to stray from the mighty Sony DualShock 4. Prefer the chunkier feel of an Xbox One pad? Or need a controller younger hands can hold comfortably? We have the top PS4 controllers that fit the bill below.

The latest news from the world of gamepads is that PS4 pads will work with the PS5. Sort of.

You won't be able to use a PS4 controller when playing PS5 games, as they will use the new features of the DualSense pad. But backwards compatible PS4 games will work fine with a DualShock 4, or another officially licensed pad.

A number of these controllers are officially licensed by Sony. So you'll know they're designed to work well. But all the options on this list are ones we'd happily use with our gaming setup.

The trusty DualShock 4 is always our first recommendation when we're asked about replacement PS4 controllers.

The DualShock 4 is perfect for its purpose: sleek, small and wireless. Not to mention the built in speaker, varying light bar colors, touch pad and motion detection that enhance play.

This need not be a cop-out option either. You don't have to make do with the plain old black style shipped with the console. Jazz things up a bit with a red, blue, gold or green camo DualShock 4.

You can attach a gaming headset or headphones to the controller easily too (unlike the Xbox One pad). However, battery life can be a pain. The controller holds charge for around four to eight hours. Frequent top-ups required.

We find it’s best to have two DualShock 4s, and always keep one charging, or to invest in a charging dock so you can charge both at once. Read more about Sony's official charging station in our best PS4 accessories round-up.

We find the DualShock 4 is a great PS4 controller for someone who just simply wants to get on with playing and isn’t fussed about the customzation available in some of the third-party pads below.

Customization for the serious gamer

If you are a PS4 player, but prefer the design of the Xbox One controller, the Nacon Revolution Unlimited Pro Controller might be a better fit for you. Like the Vantage Controller, the Revolution Pro is built for gamers (more specifically esports) with a directional pad that can move eight ways – instead of four – alongside four shortcut buttons.

However, it’s not quite as complicated to operate as the Vantage, nor is it as expensive.

If you want a PS4 controller with a few extra bells and whistles, but not an overwhelming amount, and prefer a chunkier controller that is a bit more resilient, the Nacon Revolution Unlimited Pro Controller could be for you.

If you want your PS4 controller to have a bit more bite, and are more specific about your controller’s performance, the SCUF Vantage Controller is a great option.

Built with gamers in mind, this fully customizable PS4 controller boasts enhanced grip, remappable paddles on the back, side action buttons and an audio touch bar.

Those rear paddles are similar to those of the Xbox Elite Controller. You program them using a switch on the bottom, and flick them with an extended index finger. It's a different way to play, but offers something the DualShock 4 does not.

Essentially the Vantage controller is built so you can play more comfortably for longer. But unless you know how to optimize its abilities, maybe it's best to stick to a more straightforward PS4 controller.

Especially because the Vantage Controller is much more expensive than your average DualShock 4.

This is one of the smartest PS4 gamepads around.

If that’s not enough customization for you, you can also make use of interchangeable thumbsticks, the built-in quick control panel, and Hair Trigger Mode – allowing you to be more trigger-happy than ever before.

Much like the other pro controllers on this list, the Raiju Ultimate is chunkier than the DualShock making it more suitable for those who prefer the Xbox One controller style.

When it launched the controller had an issue with latency when used wireless. This was improved, if not entirely fixed, with a firmware update.

The Raiju Ultimate is a fantastic PS4 controller, but it’s not exactly cheap. Make sure you will make use of advanced customizations before investing – but if you harness the controller's capabilities then you’ll find your gameplay experience all that much smoother.

It’s not exactly a DualShock – but it’s cheaper

Looking for a PS4 controller for a young person in your house? The Hori Mini Wired Gamepad is a good fit for smaller hands.

The Mini Wired looks like a retro controller. It is plug-n-play with 10ft cable (no pulling the console off the stand) and it’s 40% smaller than the DualShock 4.  The grip is minimal as a result, but that's a good fit if you want a small pad to stash in a bag.

However, there is no light bar, stereo headset jack, speaker, dual motors, or motion sensor – it’s a much more streamlined alternative to the DualShock 4. And that means a few games won't work with it.

According to Sony, the Mini Wired Gamepad is compatible with “most” PS4 games. We’re reading that as the less complicated ones, so don’t fire up Assassin’s Creed Odyssey and expect the controller to be able to hack it – not that children should be playing it anyway.

The Mini Wired Gamepad is $30 (around £23/AU$38) from Sony affiliated retailers.

For those who prefer the Xbox One controller

The Nacon Asymmetric Wireless Controller is a comfortable controller that brings the Xbox One gamepad experience to PS4 (and PC) players. It's robust and well-made, with a chunkier design than the DualShock 4.

Its name tells you the main selling point: the Nacon Asymmetric Wireless Controller has offset analogue sticks, like an Xbox One controller.

It may be a better choice for those who have dexterity issues or simply prefer a bigger controller due to its bigger buttons and triggers.

However, there are a few performance issues to take into account. We noticed some grating lag at review, and there are no motion sensors inside. The light bar and speaker are missing too, features important for some games. It's a good choice if you want a second pad to use for some specific dual-stick titles. 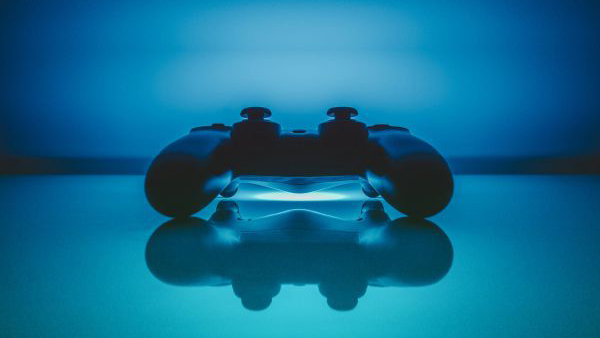