What good are our smartphones if they run out of battery? We’ve rounded up all the best power banks there are (and there are many) to help you make the right buying decision on what is a quietly confusing purchase to make.

If you are a particularly heavy phone user or if your ageing phone needs a little extra juice when you’re far from the charger than a reliable power bank is what you need. The main things to consider are price, capacity, dimensions and the ports it has.

If you simply Google power banks the choice can be overwhelming. For that reason, we’ve tried and tested tons of power banks and grouped them for you below to help you pick the best one for your needs.

Some power banks are powerful enough to top up tablets and some can even help keep a laptop from draining. Whatever your needs, make sure you buy a power bank with enough capacity to top up the devices you’ll need to charge on any given day.

Best power bank at a glance:

If you're looking for a high capacity charger that's portable, the iMuto 20,000mAh portable charger may be for you. It offers a 20,000mAh capacity that will be able to charge your average smartphone over four times and still have some charge left.

What makes the iMuto a little more useful than the other charging banks on this list is the fact you can see its exact remaining charge, not a rough estimate like in some of the competitors, so you know how much more you can charge your devices for. Sure, the body of the power bank is a little large and ungainly, but the screen more than makes up for it

The RAVPower 20,000mAh doesn't look much different to a lot of the options above and below, but it offers a lot of capacity and can be cheaper than the other devices surrounding it.

You have two ports here so you can charge two gadgets at the same time and it'll have enough capacity to be able to charge both a mobile and an iPad or tablet from 0% too. It's lighter and more streamlined than other banks on this list, so unlike the competition it can actually fit in pockets (well, unless you've got a small pocket).

You've likely heard of Anker, and this is one of the company's best portable chargers. It comes with a huge 20,100mAh battery inside, meaning this will be able to charge up your phone or tablet multiple times before it needs a recharge.

We found it pretty snappy to use, in that it charges up quickly, and can also power up your devices speedily. Sure, it did heat up a bit when we were charging it, more so than other devices, but not to worrying degrees. This high-speed charging isn't available for all devices, only for if they use PowerIQ or VoltageBoost. It won't be able to use Qualcomm's QuickCharge technology, but it'll still boost your device when you're on the go.

This power bank features two ports so you can charge both your phone and your tablet at the same time and also has a light to show you how much battery charge is leftover. That's quite a standard feature on a larger power bank, but still useful for many people.

The blocky design may not be for everyone, and it's the prime reason this piece of tech isn't higher in this list, but this portable charger should be able to charge your phone and other gadgets a few times over with such a high capacity cell inside.

RAVPower's portable charger is a great choice if you need a device that can charge both your laptop and your phone. It features USB-C and normal USB outputs as well as an AC output, so you can plug your laptop charger directly in.

There's also a 20,100mAh capacity battery inside, so this will be able to juice up your phone or tablet multiple times before you need to put it back on charge.

Sometimes you don't want to charge a USB-C, microUSB or Lightning device up, and that's why you'll want something like this power bank. It has a socket like you'd find it a wall, letting you plug anything in there.

Sure, it's quite a big device, and most devices you'd plug into the wall might want a little more juice than 22,500mAh. But with a connection of plugs and ports, this is a very malleable piece of tech.

The Mophie Powerstation Plus XL is one of the best power banks designed for the iPhone and iPad (aside from the new iPad Pro 2018 range with its USB-C port), and we say that for several reasons.

It contains an embedded Lightning cable you can’t lose, it charges via a Lightning cable and you can charge it wirelessly with any Qi charger, so you may already have everything you need.

This 10,000mAh power bank has a soft fabric finish and can charge two devices at once, one via the 10W USB-A port and another with the integrated Lightning charger. You won't find as much use from this portable charger if you're on Android, though it's still possible to use that USB-A port so you can help a friend charge.

Xiaomi has a hand in some unexpected and disparate sectors of technology, including phones, scooters, kettles, audio and portable chargers. But don't sleep on either, as it's onto something worth checking out.

During our testing, its 10,000mAh Power Bank provided good results, both in terms of its portability and charging potential. While not the fastest charger out there, it was able to charge our Google Pixel 2 in a little over two hours. Thankfully, it's discreet enough that you can bring it with you just about everywhere to plug in when necessary.

It's not rare for a power bank to come with a charging cable, but we appreciate that this one has been built with care to suit both micro USB and USB-C users with the same cable, as seen in the above gallery.

With 10,400mAh inside, two USB outputs and fast charging technology the Pebble P1 Pro may be one of the best all-round power banks you can buy right now. This doesn't have anything to do with the defunct watch brand, but instead it's called the Pebble for its curved edges design.

This should be able to recharge most phones at least two and a half times from a single charge, plus this power bank can be charged up by either microUSB or USB-C so you won't need to have a specific cable with you to pump it up again when it's out of juice.

Poweradd also offers a great slim portable charger, and it's one of the cheapest options on this list yet boasts a substantial 10,000mAh cell inside.

It may be quite heavy, but this is only 1.3cm thick, making it a great device to slip into your back pocket when you're out and about. You'll want to grab a cable to go with it though as unlike the Iceworks choice above it doesn't come with one built in.

We love this little guy. The Anker PowerCore II 10,000 power bank is perhaps the most portable option on this list and allows you to have at least two full charges for your phone in your back pocket ready to go.

At only 209g and 1.5cm thick, you'll be able to take this around with you and not feel weighed down while still having 10,000mAh of extra power for any of your devices. Plus it comes with Anker's own fast-charging tech that should mean you won't be plugged into it for too long.

Like a lot of the chargers on this list, it doesn't come with a cable attached so you'll need to take your own out and about with you.

This is the cheapest option for a portable charger we have on the list, but this option from RAVPower should suit you for recharging your mobile phone while on the go.

It has a capacity of 6,700mAh, which should recharge your average smartphone at least once and maybe even twice. There are three color options here with the choices of either pink, bright blue or silver.

The LEDs on the side of the device also show you how much charge is left and there's fast-charging tech built-in too.

One of the problems with most power banks is that they still use the outdated microUSB, both to charge up and to power other phones (this isn't a problem for iPhone users, who have had to use the slightly antiquated Lightning charging for years now).

This Omars power bank can be charged up by its USB-C port, letting you fill it up quickly, and also comes with a USB to USB-C cable, so you can power up your modern Android phone, tablet or iPad Pro without having to remember your own. The USB-C connector is actually snapped on to a microUSB cable, so you're not getting true USB-C fast charging, but it's a start.

This may not be the most portable charger on our list, but it features a lot of ports, so you can charge multiple devices at the same time. It'll even charge laptops as well as your phone and tablet.

You can charge six devices at once, and with a 50,000mAh capacity it has the juice to do that, so if you're usually surrounded by a lot of tech this is possibly one of the best chargers to buy.

If you want an above-average power bank without having to break your back at carrying the thing around, this device might be for you. With a 30,000mAh capacity, two USB ports and several other connectors, it'll keep multiple devices going.

It also has a mini readout, telling you the remaining charge, which is a feature we like in power banks as it lets you know exactly how much juice you've got left. 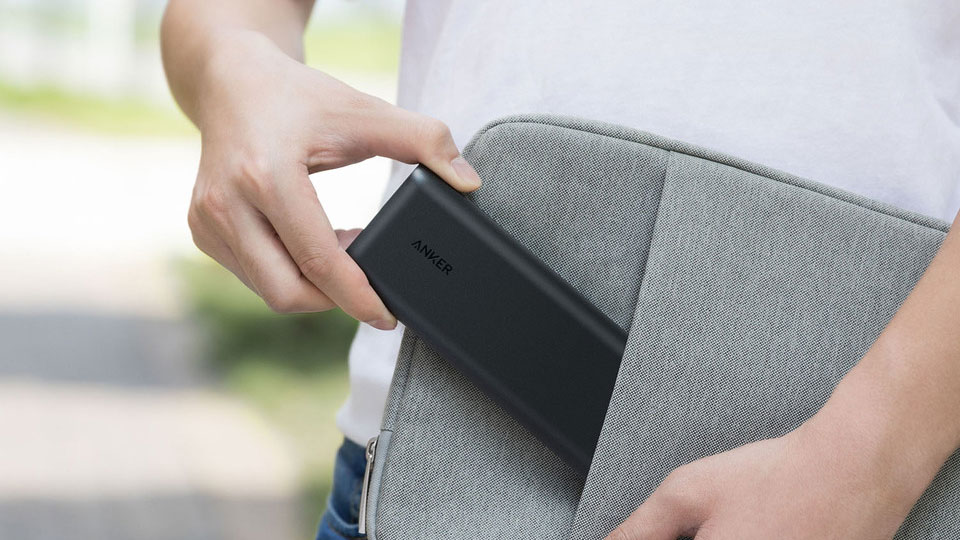 Previous ArticleBest iPhone 2020: which Apple phone is the best?Next ArticleBest Motorola phones 2020: find the top Moto smartphone for you