When choosing the next hard drive for your laptop, computer or even gaming console, there are a few things to consider. How much storage space do you need, for example? If you have one of the best gaming PCs, you will need a lot of room for your bulging library of half played games. Take a look at a 7,200 RPM 3.5-inch drive. Are you trying to get some more storage for your PS4 or Xbox One specifically? If that’s the case, an ideal option might be a 2.5-inch drive or possibly an external hard drive.

This might be a lot to wrap your head around, particularly if you’re new to shopping for internal components, such as hard drives. We’ve cut out some of the guesswork for you and collected the best hard drives we’ve come across below.

Best hard drives at a glance

It’s almost impossible to talk about hard drives without mentioning Seagate’s BarraCuda lineup – it’s a force to be reckoned with. And, it’s not hard to see why, Seagate BarraCuda drives offer a great gigabyte-per-dollar ratio and speed benefits to top it off. The 2TB model hits a sweet spot by balancing high performance and affordability. Since this drive combines 7,200rpm platters and high density data, computers outfitted with this drive will be able to read data extraordinarily fast.

Even if its laptops aren’t as popular as they used to be, Toshiba is still a huge name in computing, and has a lot to offer. When it comes to the best hard drives, the Toshiba X300 is a high-capacity, high-performance champ worth taking a look at. The X300 drives boast great gigabyte-to-dollar value without sacrificing on performance. These drives all spin at 7,200 rpm and include 128MB of cache for higher speeds. The only downside is the warranty only lasts two years, which feels short for a drive meant to store so much important data.

When it comes to PC gaming, it’s better to be fast than capacious. So, if you’ve been resisting the allure of an SSD, and looking to kick it old school with one of the best hard drives, the WD VelociRaptor should be up your alley. Not only does this drive have a whopping 10,000 rpm spin speed, but you’re going to want to pay attention to it. With capacities up to 1TB, the VelociRaptor drives are ready to store large game libraries, and the super fast platters will help your games launch and load quickly.

Western Digital offers a solid bargain with its line of WD Blue hard drives. With a wide variety of storage options from a small 500GB to a capacious 6TB, the WD Blue is a viable pick for almost any type of PC build that’s sticking to a budget. The best value comes from the larger drives – they’ll give you much more storage per dollar spent. And, if you’re looking for a bit more speed, there are also 7,200rpm models available that don’t come with too much of a price hike.

SSDs are incredibly popular, and it’s not hard to see why. But, if you need a lot of fast storage, and you don’t have a vault of cash, hybrid hard drives are a great option. The SeaGate FireCuda is the best hybrid hard drive on the market. It can fit up to 2TB of data, and then its 8GB of solid state cache storage learns which data you use most, so that you can access it quickly. That speed boost is even sweeter when you consider that this drive spins at 7,200rpm. With a 5-year warranty and an approachable price tag, it’s easy to see why this is one of the best hard drives you can buy today.

It’s a little unfortunate that the Seagate IronWolf NAS drives come at a premium, but they aren’t priced much more expensively than a standard hard drive at their capacity. However, their native NAS optimization makes that premium totally worth it. These drives are capable of running at a fast 7,200rpm spin rate 24/7 without having to worry about drive failure. Really, if you have one of the best NAS devices for your business or home, the Seagate IronWolf NAS really is your best bet.

Upgrading the storage in a laptop can be tough, since the hard drives are much smaller. There aren’t a lot of impressive 2.5-inch hard drives, as anything fast comes with a serious markup, but Seagate’s 2.5-inch FireCuda hybrid drive strikes a nice balance. It offers an easy way to add loads of storage to a laptop while also giving it a speed boost thanks to 8GB of flash storage. A five-year warranty on the drive will also help ensure it lasts a long time.

Game consoles hard drives fill up fast with massive libraries. And, like laptops, the upgrade path for 2.5-inch hard drives isn’t all that great, but that’s where an external drive comes in. The WD My Book strikes an amazing balance of storage and price, offering enough room for massive game libraries. Running on USB 3.0, it may not be quite as fast as an internal drive upgrade, but it will run games and offer more storage at a cheaper rate.

A lot of people seem to think that the best hard drives are ancient and dead technology in 2020. However, with devices like the G-Technology G-Drive, you can show the naysayers in your life that spinning disks have their own place in the future. Not only does this external hard drive offer huge amounts of storage – up to 10 TB – but thanks to Thunderbolt 3 compatibility, it can even charge your laptop while you work. If you have a MacBook Pro, it’s hard to think of a better work companion. 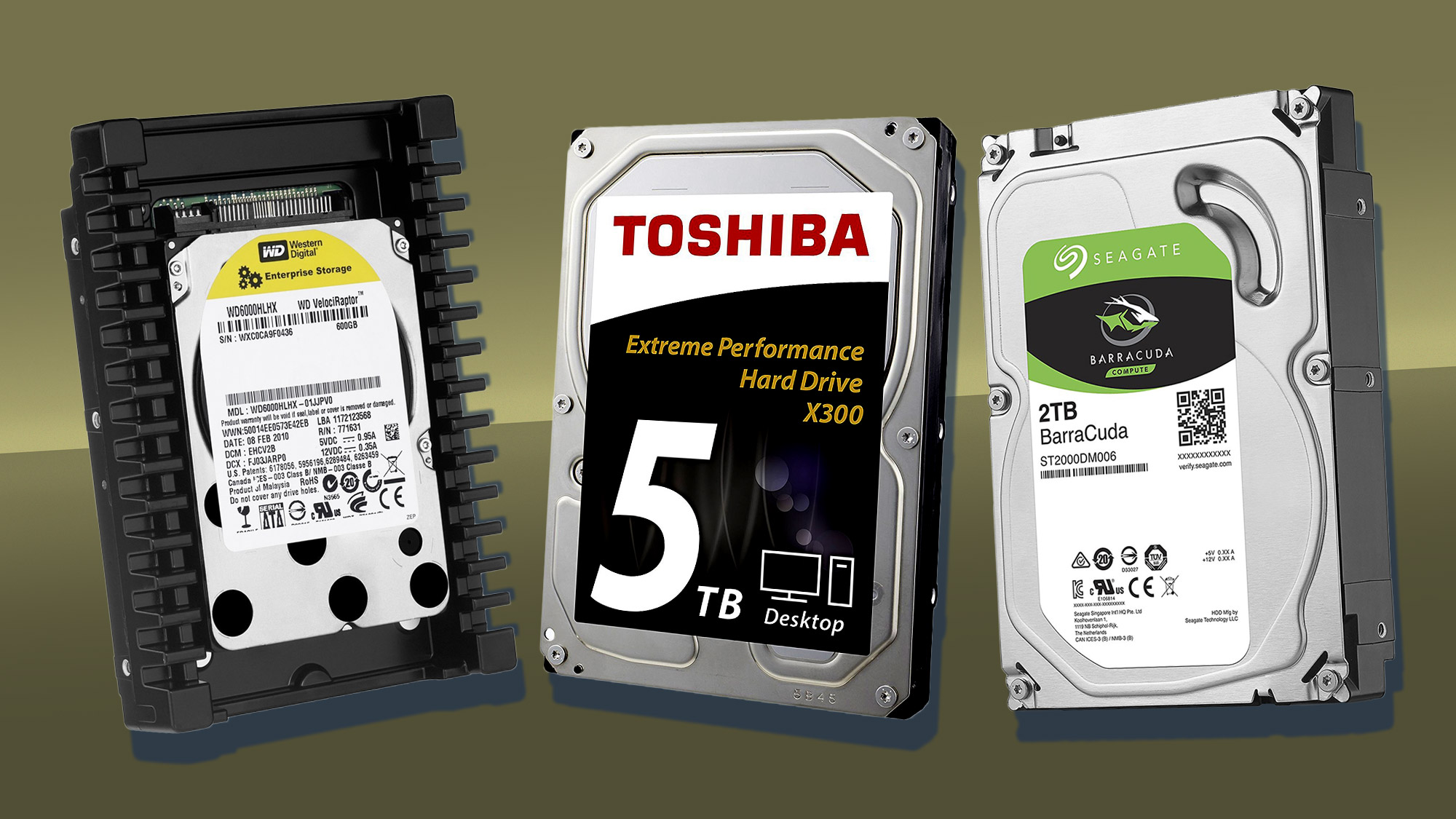