It’s true that video games based on movies rarely work out well. That’s because most of them are rushed out the door to coincide with the release of the film and ride its hype wave, with the primary motive often being to cash in on that initial popularity and make a quick buck.

The sad truth is that even lukewarm or flat-out negative reviews won’t necessarily put off hardcore fans wanting to get a taste of their favorite movies and characters first-hand in some kind of virtual world.

Despite the many terrible tie-ins we’ve witnessed through the years, there are some past movies which we believe could have made great games, if done correctly. And while well-executed film licenses are definitely the exception, it’s not like they don’t exist.

At any rate, these are the biggest missed opportunities in our opinion, with a quick outline of how the game could’ve gone. Or indeed still could go, potentially, given the nostalgia and reboot fever of recent times which has made its presence strongly felt in popular culture (and at least resurrecting an old property would mean no mad deadline rush to get the game released).

Westworld was originally a 1973 film, brought firmly back to our attention with the recent HBO TV series, and it’s perfect material for a video game. Mainly because the fictional Westworld is, essentially, a ‘real-life’ sandbox of a game (populated by android NPCs) which you can explore, quest in, and so forth.

So its attraction as an open world PC game is obvious, but yet has never been exploited. A Westworld game based on the TV series was in fact made, but it was purely a mobile offering, and basically a rip-off of Fallout Shelter (literally, by all accounts – it was shut down in the face of a Bethesda lawsuit).

So, that ill-fated iOS and Android effort was a management sim, and a similar Theme Park-style world builder could work well as a much larger-scale PC version. But as mentioned, this is surely perfect fodder for an open world quest-‘em-up in which you could play a visitor to Westworld, but likely the more appropriate route would be to put you in the shoes of an android, and turn it into a survival game. Can you survive the attentions of the human guests, and all their darkly-driven needs? Probably not.

At least if we’d got something like this, we wouldn’t need to be fretting so much over exactly when (or if) Red Dead Redemption 2 will arrive on the PC. And indeed Rockstar’s title is likely the reason a full-on Westworld game was never done…

A cult classic sci-fi horror flick from 1997, Cube tells the story of a bunch of terrified folks who have no idea why they are imprisoned in a giant cube, which is actually a series of 26 x 26 x 26 cube-shaped small rooms all connected together with hatches on every wall. Some rooms are filled with all manner of nasty traps, and the big cube constantly reconfigures itself by shifting the little rooms inside it around.

Okay, so the movie seems rather dated now, but is still compelling in terms of the psychological fear it trucks in – as the trapped cube dwellers start to turn against each other – and this would be where a game capitalizes.

We envisage a multiplayer romp with a heavy puzzling element and improvised combat, maybe even with hidden objectives (perhaps one player is an insider ‘bad guy’, or the game could introduce a sanity mechanic, and when enough nerves have been suitably frayed, a player’s objective changes from escape to dispatching the others).

Director Vincenzo Natali actually thought it would make a great game, noting that he often discussed with his co-author whether they were writing a film or a game: “Because it really has that kind of structure to it. So, I think it would adapt beautifully. It would be seamless. I actually wrote an outline for a game, in fact. I also thought it would be interesting, because in addition to dealing with the traps, you’d have to deal with the other people.”

We’re on board, but sadly no game developer was, as these comments were made almost a decade ago now. Still, you never know what the future might hold (but it probably involves razor-wire and acid traps, if Cube is anything to go by).

One of our favorite sci-fi movies, District 9 is another futuristic property which positively begged to be turned into a PC game. And director Neill Blomkamp – who began his career as a 3D animator – even admitted back in the day that it’d be a ‘fascinating’ basis for a game in many respects (although he was worried about the typical movie license pitfalls).

Blomkamp noted that he filmed some parts of District 9 in a manner akin to a video game production, and that the movie’s environments – being set in a Johannesburg shantytown, which is a containment camp for extra-terrestrials – and its cool alien weapons would be spot-on material for a game.

So yes, this could’ve made for a potentially top-notch shooter. But not a mindless shooter, rather one which fully immerses itself in the film’s richly imagined alternate reality which has multiple tussling factions (aliens, soldiers, gangsters), and possibly throws in some RPG-like skill levelling elements to boot.

If you want to see what a District 9 shooter might have looked like, then check out this video of a mocked-up level created by some game-making students at the National Animation and Design Centre in Canada.

As a final note, Blomkamp was going to make a Halo movie at one point (but it got cancelled), and early in 2019 he made a short film for BioWare’s Anthem. So perhaps unsurprisingly, it seems a Blomkamp game could be in the cards before too long (even if it isn’t a movie conversion).

This one is admittedly a bit left-field, but indulge us. We’re a sucker for the film, and the idea here would be to cast the player in the role of the big bad overseer of the reality show.

We envision a game along the lines of The Sims in which Truman Burbank goes about his daily life and job. It’s up to you to direct and channel him around, ensuring he gets into suitably entertaining situations to keep your viewing figures up, while also juggling things like product placement to maintain your revenue stream. All the while, of course, you have to strive to keep Truman from discovering the true nature of his reality (which he eventually discovers in the film).

If this was a contemporary game, what would make it really cool is a Twitch integration element whereby the streamer playing could have a real-life viewing audience, and ‘real’ viewing figures that they had to maintain as best they could. Yeah, this one is far-fetched, but we’ve always thought that something along these lines could make for a really compelling game.

After Inception came out, Christopher Nolan let us know that a video game of the movie was a possibility. At the time, Nolan said: “(What) we are looking at doing is developing a video game based on the world of the film, which has all kinds of ideas that you can't fit into a feature film.”

Clearly, that never happened, and it’s a shame, because we think a game adaptation could’ve pulled off some very interesting tricks – and we’d love to have known what Nolan had in mind.

Certainly, there’s a danger that an Inception game might have been swallowed by its own lofty ambition, but equally there’s a great deal of potential in constructing weird and wonderful dream worlds – which have clever interactions on each other therein, like losing gravity as seen in the film – and plenty of scope for an engaging overarching storyline.

If you’re not convinced by Inception, then further consider a truly top-notch Nolan movie outing: Memento. A crime-thriller epic of a game played out entirely backwards… 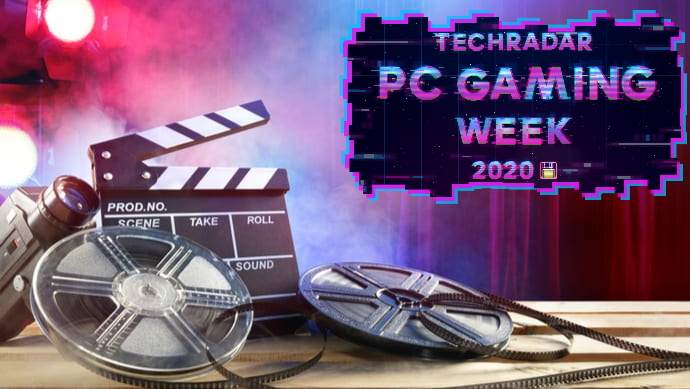 Previous ArticleMAMI releases the Official Selection List 2020 for Indian films while festival gets pushed to 2021Next ArticleShibani Dandekar criticises media trial of Rhea Chakraborty: We have seen the death of journalism